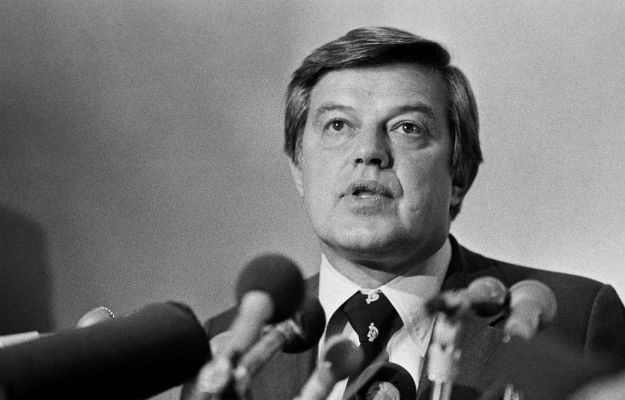 Massive data collection by the NSA comes down much heavier on the cost side of the ledger than the benefit.
By Moritz Laurer | November 18, 2013

Polls show that a majority of Americans rhetorically oppose the extensive domestic surveillance conducted by the National Security Agency (NSA). But the outrage is far less than one might expect, considering the agency’s profound intrusion into people’s private spheres.

One explanation for this might be that, in the age of Facebook and Google, people are simply used to the massive sharing of information as a condition for using social media services. The currency is information, not money—a price many citizens seem to be very willing to pay.

Many might also think that they are simply not affected by the extensive collection of data—and even if they are, it is unclear why they, innocent citizens with “nothing to hide,” should be concerned. After all, the collection is done for the sake of security, a value many are willing to pay for with their privacy.

But the many recent revelations fueled by the documents provided by Edward Snowden have cast serious doubt on these arguments. Even for people who hold the very modern assumption that privacy is not a value in itself—as “old fashioned” people might argue—there are much broader consequences of the intrusion that must be considered.

Let’s first look at the domestic problems of the massive data collection.

Even for ordinary Americans, assenting to this massive intrusion of privacy requires enormous trust in the government, which is not supported by historic experience with the NSA. As it increasingly becomes an independent actor, surveillance can become a purpose in and of itself, or even a political instrument.

Only 50 years ago, the NSA massively spied on protesters who organized against the Vietnam War. The NSA—yes, the very same institution we are discussing today—even spied on two sitting U.S. senators who criticized the war. You don’t even have to agree with the anti-war movement of the 60s and 70s to be deeply appalled that the NSA previously spied on elected representatives of the American people.

“If there’s a lesson to be learned from all this, when we are dealing with a non-transparent society such as the intelligence community that has a vast amount of power, then abuses can and usually do happen,” writes Matthew Aid, an intelligence historian specializing in the NSA.

There is no guarantee your data can’t be used against you in the future. And unlike paper documents back then that could be burned, the Internet hardly forgets.

This massive data collection also weakens the Fourth Estate and civil society, two key institutions in the separation of power in liberal democracies. It becomes harder for journalists to provide credible protection of sources when informants must always be afraid that each digital move is being monitored and even phone records could be seized, as has been the case for the Associated Press.

Civil society loses its ability to challenge the government when citizens no longer have untapped channels to speak truth to power as whistleblowers. Given what torments whistleblowers are now made to endure, will the next Daniel Ellsberg or Chelsea Manning lose the courage to speak up? By prosecuting an unprecedented number of whistleblowers, the Obama administration has sent a clear signal about what it is willing to do when someone reveals a secret connected to the massively collected data.

Moreover, besides these potential domestic threats, the costs of the NSA’s “institutional obsession” with surveillance have today reached an international scale.

The documents released by Edward Snowden helped reveal that the U.S. was spying on 35 world leaders, as well as institutions like the UN, the EU, and millions of foreign citizens.

The cost in U.S. credibility and soft power must not be underestimated. Brazil’s president canceled a recent meeting with the President Obama, and Germany and Brazil are pushing for a UN resolution, obviously addressed at the United States, to outlaw state intrusion on private communications.

If the U.S. ever had any credibility in criticizing other countries for violating privacy and misusing intelligence, it is now irreversibly gone. Several diplomatic initiatives, like the trade talks with the EU, could be hampered as fallout of the revelations.

For all these costs, how much security did the program actually bring to the American people? It is important to note that even the core argument of the NSA and the Obama Administration—security—is on shaky ground.

“We’ve heard over and over again the assertion that 54 terrorist plots were thwarted” by the two programs, said Sen. Patrick Leahy, who had the opportunity to read a classified list concerning the benefits of the NSA’s surveillance. “That’s plainly wrong, but we still get it in letters to members of Congress, we get it in statements. These weren’t all plots and they weren’t all thwarted. The American people are getting left with the inaccurate impression of the effectiveness of NSA programs.”

It is the very narrow dominant security narrative since 9/11 that irrationally portrays external terroristic threats as the major danger for security and aggressive measures like extensive spying as solutions. This overlooks the fact that human security has many more facets like shelter, healthcare and a sustainable environment. The Institute for Policy Studies uses the term “just security” to draw attention to this.

In the political climate in the U.S., even the right to carry a weapon for self-defense—against one’s fellow citizens as well as, its backers say, the government itself—is so sacrosanct that thousands of deaths are accepted for it each year. It seems absurd that the right to privacy enjoys so little priority.

So the massive collection of data weakens the media and civil society, concentrates the power of information in the hands of few, and creates a powerful secretive institution that damages America’s standing on the diplomatic stage. In return the American people get some unverifiable claims about terrorist plots that may have been disrupted, and even that seems like a stretch.

Not convinced about the highly problematic nature of massive data collection and the NSA? We will see what revelations are yet to come.