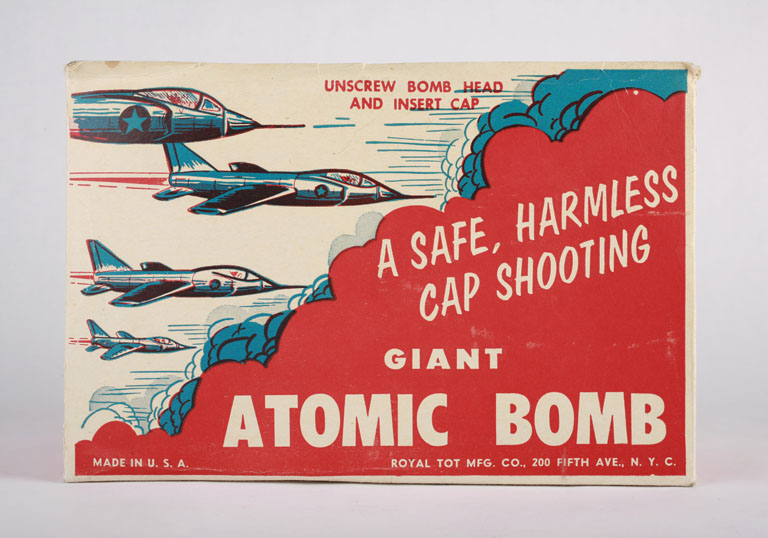 Nuclear Nightmares: Securing the World Before It Is Too Late

Without disarmament our nuclear nightmares may become realities -- but there is still time to avoid disaster.
By Noah Habeeb | July 4, 2014

In January 1961 a B-52 bomber broke up over North Carolina, dropping two nuclear bombs on rural Wayne County. “By the slightest margin of chance,” recently released documents reveal, “literally the failure of two wires to cross, a nuclear explosion was averted.”

The new revelations about the Goldsboro incident, one of numerous close calls, will come as no surprise to Joseph Cirincione, the president of Ploughshares Fund and a member of the State Department’s International Security Advisory Board. His depth of knowledge is showcased in Nuclear Nightmares: Securing the World Before It Is Too Late, a succinct yet comprehensive survey of the dangers of nuclear weapons.

History shows that the effects of even a singular nuclear bomb can be catastrophic. Even a small risk becomes too great a possibility when the likelihood of an accident or a nuclear war is multiplied over many years.

Catastrophe, however, is not inevitable—in fact there is reason for hope. What makes Nuclear Nightmares significant are Cirincione’s levelheaded suggestions for confining such disasters to the realm of nightmares.

President Obama took office expressing a genuine commitment to fight for de-proliferation. His early speeches on the issue, included in the appendix of Nuclear Nightmares, set the high but necessary goal of “a world without nuclear weapons.”

But Obama is hardly the first U.S. president to focus on non-proliferation. From John F. Kennedy to Ronald Reagan, U.S. presidents have long envisioned a world without nuclear weapons.

Except for George W. Bush. As Cirincione explains, “it seemed that nearly every nuclear problem President George W. Bush had inherited from his predecessor had grown worse.” During his administration the risk of nuclear terrorism grew, relations with Iran worsened, and the Non-Proliferation Treaty (NPT) was weakened. Many neoconservative advisers to the president openly dismissed the very idea of arms control agreements.

Obama has presided over a pivot in nuclear policy. He signed the New START agreement with Russia, released a revamped Nuclear Posture Review pledging never to use nuclear weapons against abiding non-nuclear states, and re-embraced the international regime of non-proliferation. But the risks of disaster still loom.

The bombs dropped over North Carolina weren’t the only nuclear near misses. Cirincione catalogues many accidents from past decades: a B-47 that crashed into a nuclear weapons storage “igloo,” a hydrogen bomb that was accidentally dropped over Myrtle Beach, South Carolina, and a B-52 that unknowingly flew across the country carrying six cruise missiles in 2007.

Most alarming was a 1995 incident in which Russian radars mistook a Norwegian weather rocket for a U.S. ballistic missile. Russian President Boris Yeltsin decided not to strike, but Cirincione writes, “senior military officials advised him that he had to launch.”

In the event of an accident, yet alone a regional or global war, the consequences would be dire—millions of deaths, environmental contamination, and a potential nuclear winter scenario. But even without a catastrophe, the financial costs of nuclear arsenals outweigh any potential benefits, according to Cirincione.

Despite wide public support for arms control, the nuclear budget remains grotesquely high—$56 billion per year, according to the Ploughshares Fund.  The U.S. nuclear arsenal consists of more than 7,700 weapons, yet experts believe nuclear deterrence is achieved with far fewer. Cirincione cites numerous estimates, from 900 warheads to as few as 150.

Ultimately, Nuclear Nightmares is far more optimistic than its title would have you believe. Cirincione accomplishes the challenging feat of addressing nearly every nuclear hotspot in no more than 200 pages. His recommendations are compelling, logical, and achievable.

For the United States and Russia he suggests increased transparency, accelerated reductions, and a shift away from heightened alert status. For Pakistan and India he encourages diplomacy, executive hotlines, and greater cooperation through trade.

And the “idiosyncratic regimes” of Iran and North Korea? Cirincione rules out military responses to both North Korea’s fledgling arsenal and Iran’s uranium enrichment program. He does, however, believe that economic sanctions coupled with diplomacy can achieve a nuclear deal in Iran, despite the poor track record sanctions have had.

As a global nuclear power, the United States must take the lead—our nuclear posture largely influences the calculus of other states. The goal of Global Zero, if achievable, is distant, but steps can and should be taken to achieve disarmament.

The world once had 23 states with or in pursuit of nuclear weapons; now there are only 10. As Cirincione says, “History has borne out U.S. assessments of the essential connection between controlling existing arsenals and preventing new ones.”

But squeamish politicians won’t have the political capital to push for de-proliferation without support and pressure from the public. As Obama said in his first major speech on nuclear weapons, “We are here today because enough people ignored the voices who told them that the world could not change.” Policy won’t change until the public can turn ideas and opinions into actions.

Noah Habeeb is a contributor to Foreign Policy In Focus.