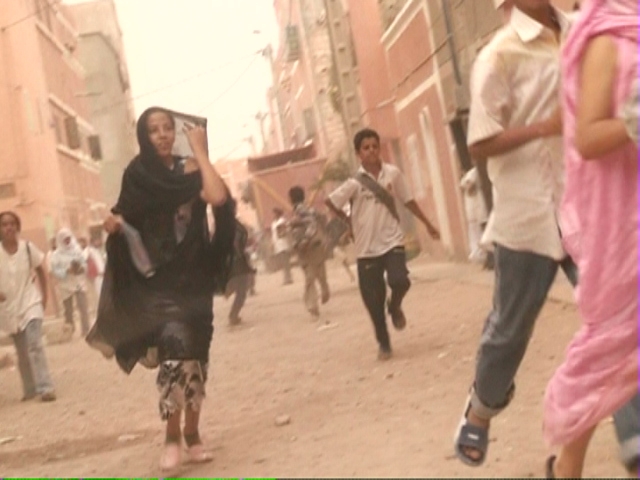 The Obama’s administration’s policy on Western Sahara constitutes nothing less than a rejection of fundamental principles of international law.
By Stephen Zunes | December 20, 2013

Late last month, President Barack Obama met with Morocco’s King Mohammed VI in Washington for their first face-to-face meeting. The result was a bitter disappointment for supporters of human rights and international law.

Two days before the summit, Human Rights Watch (HRW) issued a statement calling on the U.S. president to tell the king that “U.S. support for the reform process in Morocco depends on moving beyond rhetoric and making tangible change.” Specifically, the human rights group called for “stronger legal protections for rights and an end to impunity for police who use violence and commit other abuses.”

Instead, according to a White House statement, Obama applauded the Moroccan monarch for “deepening democracy” and “promoting economic progress and human development.”

The most critical issue facing northwestern Africa involves Western Sahara, a sparsely populated country on the Atlantic coast that has been under Moroccan occupation since the kingdom invaded the former Spanish colony in 1975, just prior to its scheduled independence. Defying a series of UN Security Council resolutions, a landmark World Court decision, and international mediation efforts, the Moroccans have continued to deny the people of the territory their right of self-determination through a UN-sponsored referendum. No country recognizes Moroccan sovereignty over the territory, and more than 80 nations, as well as the African Union, have formally recognized Western Sahara as an independent state.

When the nationalist Polisario Front, which had been fighting for the occupied nation’s independence, agreed to end its armed struggle in 1991 in return for a referendum, the UN brought in a peacekeeping force known as MINURSO to enforce the ceasefire and oversee the scheduled plebiscite, which never came. The United States and France, both of which hold veto power in the UN Security Council, blocked the United Nations from enforcing a series of resolutions demanding that Morocco provide the Western Saharan people an opportunity to exercise their right of self-determination.

MINURSO is the only UN peacekeeping operation in the world without a mandate to monitor the human rights situation in its areas of operation. And when Washington sponsored the UN Security Council resolution renewing MINURSO operations earlier this year, the United States removed a provision in the original draft that would have added such a mandate.

While the human rights situation within Morocco itself has improved somewhat since King Mohammed came to power in 1999, Human Rights Watch, Amnesty International, and other reputable human rights groups have highlighted ongoing severe repression in the occupied Western Sahara. Even the State Department’s annual report on human rights acknowledges “limitations on the freedom of speech, press, assembly, and association” and “the use of arbitrary and prolonged detention to quell dissent.” Observing that support for self-determination is ruthlessly suppressed, the report goes on to note that security forces have “engaged in torture, beatings, and other mistreatment of detainees” with impunity.

Despite this, a White House statement following the conclusion of the summit pledged that the United States and Morocco would “work together to continue to protect and promote human rights in the territory.”

As an alternative to allowing the Western Saharan people to go forward with a referendum on the fate of their country, the Moroccans have proposed what they refer to as an “autonomy” plan that would cede limited local control of the region to the Western Saharans. Unfortunately, not only are important matters such as control of Western Sahara’s natural resources and security rather ambiguous under the Moroccan proposal, all powers not specifically vested in the proposed autonomous region would remain with the king. Furthermore, based on Morocco’s broken promises on the UN-mandated referendum and its related obligations from the ceasefire agreement 22 years ago, there is little to inspire confidence that Morocco would live up to its promises to provide genuine autonomy for Western Sahara.

More problematically, the proposal is based on the presumption that Western Sahara is part of Morocco, a contention that has long been rejected by the United Nations, the World Court, the African Union, and a broad consensus of international legal opinion. To accept Morocco’s autonomy plan would mean that, for the first time since the founding of the United Nations and the ratification of the UN Charter more than 68 years ago, the international community would be endorsing the expansion of a country’s territory by military force, thereby establishing a very dangerous and destabilizing precedent.

If the Western Saharans accepted an autonomy agreement over independence as a result of a free and fair referendum, it would constitute a legitimate act of self-determination. However, Morocco has explicitly stated that its autonomy proposal “rules out, by definition, the possibility for the independence option to be submitted” to the people of Western Sahara, the vast majority of whom— according to knowledgeable international observers—favors outright independence.

Despite this, White House spokesman Jay Carney announced that President Obama believes “Morocco’s autonomy plan is serious, realistic, and credible. It represents a potential approach that can satisfy the aspirations of the people in the Western Sahara to run their own affairs in peace and dignity.”

It appears, then, that the Obama’s administration’s policy on Western Sahara constitutes nothing less than a rejection of fundamental principles of international law that prohibit territorial expansion by force, thereby constituting a de facto acceptance of the right of conquest.

In the comparable case of East Timor, it was only after human rights organizations, church groups, and activists in the United States and abroad successfully pressured their governments to end their support for Indonesia’s occupation that the Indonesian regime was finally willing to offer a referendum to give the East Timorese their right to self-determination. It may take a similar grassroots campaign to ensure that United States lives up to its international legal obligations and pressures Morocco to allow the people of Western Sahara their right to determine their own destiny.

Stephen Zunes is a professor of Politics and coordinator of Middle Eastern Studies at the University of San Francisco. His latest book, co-authored with Jacob Mundy, is Western Sahara: War, Nationalism, and Conflict Irresolution (Syracuse University Press, 2010).