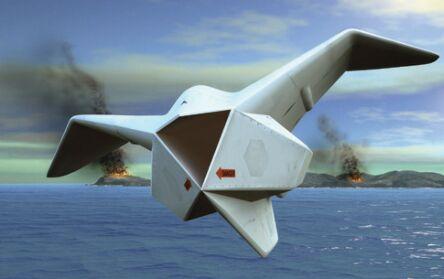 The new face of state violence is the drone moving silently through the slum.
By Kailash Srinivasan | July 20, 2011 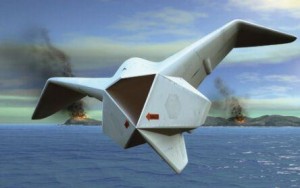 Last month’s release of the National Strategy for Counterterrorism has brought much joy to many foreign policy liberals. Finally, the ghosts of the Bush administration have been exorcised. Finally, the president speaks of law and allies instead of war and an “axis of evil.” Coupled with the recent announcement of a timetable to end combat operations in Afghanistan, liberals have taken heart at the apparent shift in national security strategy. Such sentiments are understandable given the foreign policy quagmire of the past decade.

And yet, those who laud the new announcement as a fundamental realignment fail to realize that the self-limitations on the part of the United States are, in many cases, vast expansions in authorization for the use of force against “ungoverned spaces.” The symbol of this expansion of power is the predator drone, which will police these ungoverned spaces by surgical strikes of unlimited scope.

Drones are the perfect weapons for the post-Cold War world of globalization that has radically compressed our notions of time and space and made a formerly predictable international environment chaotic. Drones, which can move with speed across vast geographic spaces, are the ultimate tool for a global policeman who aspires to maintain order over vast distances. As such, the new American strategy is both a dramatic departure from and a culmination of the Pentagon’s post-Cold War strategic paradigm.

The Age of No Limits

President Obama’s letter that prefaces the document is a message of limits. Whereas the previous regime took an overly belligerent policy of invasion and world transformation, the United States will shift to an approach organized around “concrete, realistic goals.” The most important of these goals is insisting that al-Qaeda is the enemy- a shift long requested by policy advocates. It begs the question, however, of defining al-Qaeda. If al-Qaeda operates not just in Afghanistan and Pakistan but also in Yemen and in Iraq, and has even spawned, as one French diplomat said, al-Qaeda franchises, targeting al-Qaeda does not serve to limit U.S. missions. The document indeed adds organizations linked ideologically to al-Qaeda but points out that they will nonetheless not be conflated with the latter.

Furthermore, the actual theaters of combat described in the document are widely dispersed. The Defense Department reserves the right to attack in North Africa, the Arabian Peninsula, Central, Western, and South Asia. Obama has retired the phrase “global war on terror” and announced in 2008 that the Iraq War was ending. But the administration has increased the use of predator drones specifically in Iraq. Surgical strikes are, in the long-term, potentially worse than previous counter-terrorism efforts. The devastation of war is ostensibly limited to one territory and runs up against public disgust over the death of U.S. soldiers. The low-intensity nature of predator drones and their ease of moment make the future of warfare potentially timeless and spaceless. The lack of U.S. casualties also shields the attacks from public opinion.

Drones are not simply a tactic, a tool of warcraft. They are strategic instruments that change the very nature of war and the geopolitical context in which war is embedded. They militarize global social spaces in a qualitatively new manner.

Since the end of the Cold War, the Pentagon’s strategy has been to police “ungoverned spaces” that are breeding grounds for anti-systemic forces. The future is not interstate warfare. Rather, the Pentagon focuses on various displaced peoples– the “losers” of globalization — whose grievances translate into conflict. The past 30 years of globalization have seen a dramatic transformation in how peoples experience space and time. Instead of more-or-less stable and predictable social spaces and temporal existence, there is constant flux. The familiar world of states has become more like a network of “global cities” such as New York and London in which wealth and power have been concentrated surrounded by vast zones of poverty which constitute what Mike Davis calls the “planet of the slums.”

This matrix is far from stable, however, as the financial crisis has proven. States that aspire to police the globe, to maintain order in a disorderly environment, face a core problem: the old wars of position, the old strategies of realpolitik, and the old tactics of tank battles and nuclear deterrence no longer apply. Through a technological fix, drones solve what has been a decades-long strategic dilemma within military circles. Our conceptions of time and space have changed dramatically, and this is why predator drones are more than a mere tactic. The decision to move away from ground troops and land invasions is not part of a “progressive” move away from aggressive foreign policy but a logical accommodation to a globalized world of disorder.

In the end, the National Strategy for Counterterrorism of June 2011 puts drones at the center of U.S. policy. The drone is increasingly the symbol of a world that is not so much flat as full of new walls that attempt to contain disorder. The new face of state violence is the drone moving silently through the slum.