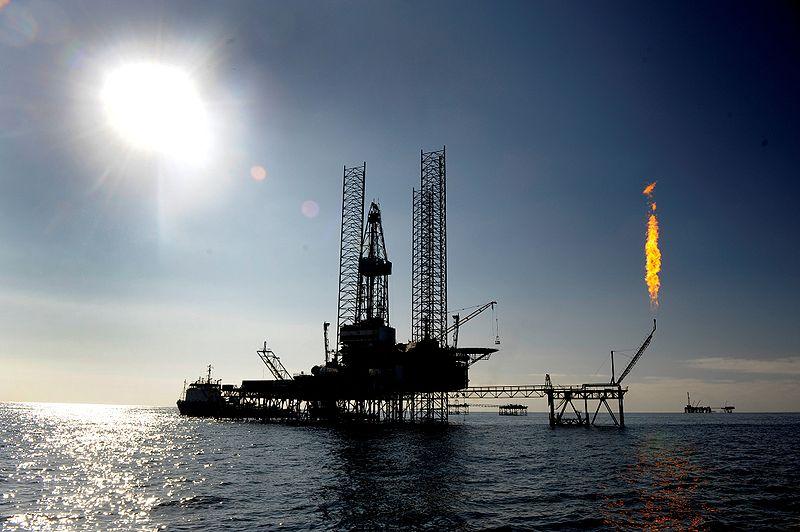 The United States is more interested in access to energy sources than fighting terrorism.
By Nafeez Mosaddeq Ahmed | December 15, 2010 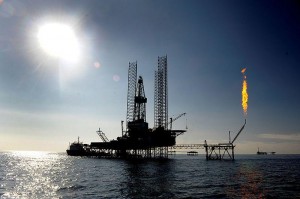 Among the batch of classified diplomatic cables recently released by the controversial whistle-blowing website WikiLeaks, several have highlighted the vast extent of the financial infrastructure of Islamist terrorism sponsored by key U.S. allies in the ongoing “War on Terror.”

One cable by U.S. Secretary of State Hillary Clinton in December 2009 notes that “donors in Saudi Arabia constitute the most significant source of funding to Sunni terrorist groups worldwide.” Despite this, “Riyadh has taken only limited action to disrupt fundraising for the UN 1267-listed Taliban and LeT [Lashkar e-Tayyiba] groups that are also aligned with al-Qaeda.”

Clinton raises similar concerns about other states in the Gulf and Central Asia. Kuwait remains reluctant “to take action against Kuwait-based financiers and facilitators plotting attacks outside of Kuwait.” The United Arab Emirates is “vulnerable to abuse by terrorist financiers and facilitation networks” due to lack of regulatory oversight. Qatar’s cooperation with U.S. counter-terrorism is the “worst in the region,” and authorities are “hesitant to act against known terrorists.” Pakistani military intelligence officials “continue to maintain ties with a wide array of extremist organizations, in particular the Taliban [and the] LeT.”

Despite such extensive knowledge of these terrorism financing activities, successive U.S. administrations have not only failed to exert military or economic pressure on these countries, but in fact have actively protected them, funnelling billions of dollars of military and economic assistance. The reason is oil.

Oil has always been an overwhelming Western interest in the region, beginning with Britain’s discovery of it in Persia in 1908. Britain controlled most Middle East oil until the end of World War II, after which the United States secured its sphere of influence in Saudi Arabia. After some pushback, Britain eventually accepted the United States as the lead player in the region. “US-UK agreement upon the broad, forward-looking pattern for the development and utilisation of petroleum resources under the control of nationals of the two countries is of the highest strategic and commercial importance”, reads a 1945 memo from the chief of the State Department’s Petroleum Division.

Anglo-U.S. geo-strategy exerted this control through alliances with the region’s most authoritarian regimes to ensure a cheap and stable supply of petroleum to Western markets. Recently declassified secret British Foreign Office files from the 1940s and 1950s confirm that the Gulf sheikhdoms were largely created to retain British influence in the Middle East. Britain pledged to protect them from external attack and to “counter hostile influence and propaganda within the countries themselves.” Police and military training would help in “maintaining internal security.” Similarly, in 1958 a U.S. State Department official noted that the Gulf sheikhdoms should be modernized without undermining “the fundamental authority of the ruling groups.”

The protection of some of the world’s most virulent authoritarian regimes thus became integral to maintaining Anglo-U.S. geopolitical control of the world’s strategic hydrocarbon energy reserves. Our governments have willingly paid a high price for this access – the price of national security.

One of al-Qaeda’s chief grievances against the West is what Osama bin Laden dubs the “Crusader-Jewish” presence in the lands of Islam, including support for repressive Arab regimes. Under U.S. direction and sponsorship, many of these allies played a central role in financing and supporting bin Laden’s mujahideen networks in Afghanistan to counter Soviet influence. It is perhaps less well understood that elements of the same regimes continued to support bin Laden’s networks long after the Cold War – and that they have frequently done so in collusion with U.S. intelligence services for short-sighted geopolitical interests.

In fact, Afghanistan provides a rather revealing example. From 1994 to 2001, assisted by Saudi Arabia and Pakistan, the Clinton and Bush II administrations covertly sponsored, flirted and negotiated with the Taliban as a vehicle of regional influence. Congressman Dana Rohrabacher, former White House Special Assistant to Ronald Reagan, also testified before the Senate Foreign Relations Subcommittee on South Asia about the “covert policy that has empowered the Taliban,” in the hopes of bringing sufficient stability to “permit the building of oil pipelines from Central Asia through Afghanistan to Pakistan.”

The Great Game is still in full swing. “Since the U.S.-led offensive that ousted the Taliban from power, the project has been revived and drawn strong U.S. support” reported the Associated Press in 2005. “The pipeline would allow formerly Soviet Central Asian nations to export rich energy resources without relying on Russian routes. The project’s main sponsor is the Asian Development Bank” – in which the United States is the largest shareholder alongside Japan. It so happens that the southern section of the proposed pipeline runs through territory still under de facto Taliban control, where NATO war efforts are focused.

Other evidence demonstrates that control of the world’s strategic energy reserves has always been a key factor in the direction of the “War on Terror”. For instance, the April 2001 study commissioned by then-Vice President Dick Cheney confirmed official fears of an impending global oil supply crunch, energy shortages, and “the need for military intervention” in the Middle East to maintain stability.

Other diplomatic cables released by Wikileaks show clearly that oil now remains central to U.S. policy toward Iran, depicting an administration desperate to “wean the world” off Iran’s oil supply, according to the London Telegraph. With world conventional oil production most likely having peaked around 2006, Iran is one of few major suppliers that can potentially boost oil output by another 3 million barrels, and natural gas output by even more. The nuclear question is not the real issue, but provides ample pretext for isolating Iran.

But the U.S. anti-Iran stance has been highly counterproductive. In a series of dispatches for the New Yorker, Seymour Hersh cited U.S. government and intelligence officials confirming that the CIA and the Pentagon have funnelled millions of dollars via Saudi Arabia to al-Qaeda-affiliated Sunni extremist groups across the Middle East and Central Asia. The policy – officially confirmed by a U.S. Presidential Finding in early 2008 – began in 2003 and has spilled over into regions like Iraq and Lebanon, fuelling Sunni-Shi’ite sectarian conflict.

Not only did no Democratic members of the House ever contest the policy but President Obama reappointed the architect of the policy – Robert Gates – as his defence secretary. As former National Security Council staffers Flynt and Hillary Mann Leverett observe, Obama’s decision earlier this year to step up covert military operations in North Africa and the Middle East marked an “intensification of America’s covert war against Iran.”

This anti-Iran directive, which extends covert U.S. support for anti-Shi’ite Islamist militant networks linked to al-Qaeda, hardly fits neatly into the stated objectives of the “War on Terror.” Unless we recognize that controlling access to energy, not fighting terror, is the primary motive.

While classified covert operations continue to bolster terrorist activity, the Obama administration struggles vainly to deal with the geopolitical fall-out. Getting out of this impasse requires, first, recognition of our over-dependence on hydrocarbon energy sources to the detriment of real national security. Beholden to the industry lobbyists and the geopolitical dominance that control of oil provides, Western governments have supported dictatorial regimes that fuel widespread resentment in the Muslim world. Worse, the West has tolerated and until recently colluded in the sponsorship of al-Qaeda terrorist activity by these regimes precisely to maintain the existing global energy system.

Given the convergence of peak oil and climate change, it is imperative to transition to a new, renewable energy system. Such a transition will mitigate the impact of hydrocarbon energy depletion, help prevent the worst effects of anthropogenic global warming, and contribute to economic stability through infrastructure development and job creation.

By weaning us off our reliance on dubious foreign regimes, a shift to renewables and away from supporting oil dictatorships will also make us safer.

Nafeez Mosaddeq AhmedNafeez Mosaddeq Ahmed is executive director of the Institute for Policy Research & Development in London and a contributor to Foreign Policy In Focus. His latest book is A User’s Guide to the Crisis of Civilization: And How to Save It (2010). He blogs at The Cutting Edge.