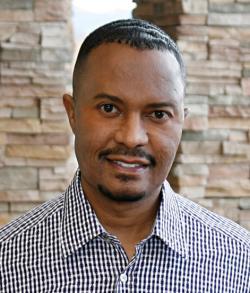 In 2007, Tullow Oil and partner Kosmos Energy discovered substantial petroleum reserves in the Jubilee field 37 miles off the coast of Ghana. Oil production began in December 2010, attended by rather inflated expectations of sudden wealth for this rapidly developing West African country. As Christiane Badgley says in one of her many authoritative articles on Ghana’s oil industry, nothing seems to capture the public imagination like oil.

Many Ghanaians who have been working in Nigeria’s petroleum industry are returning home to Takoradi, Ghana’s “oil city” at the center of the boom. The Ghana Oil and Gas Service Providers Association has estimated that a healthy downstream sector (refining crude oil and producing oil derivatives) could create 100,000 jobs. However, the upstream industry (oil exploration and production) is a specialized area that requires a relatively small number of highly skilled personnel.

Ghana’s 2011 oil production of 85,000 barrels per day (bpd) fell short of the target of 120,000. The exact reasons for the underperformance remain unclear, but at a conservative oil price of $85 per barrel, the shortfall has resulted in a loss of $3 million a day of potential revenue. Despite this, Tullow’s CEO Aidan Heavey is firmly against trying to rush production, stating that the earliest date for hitting the target is the first quarter of 2013.

While Tullow manages the Jubilee field, the Ghana National Petroleum Company (GNPC) is in charge of harnessing natural gas. Tullow has demonstrated its deftness in developing the oil field, but the GNPC has failed to establish the necessary infrastructure for natural gas. This is a serious issue for Ghana, which plans to use natural gas to generate electricity. The country’s electricity demand has outstripped the total output of its existing hydroelectric plants.

At the moment, Ghana receives much of its gas from the West African Gas Pipeline, but the supply is inadequate to meet Ghana’s needs. The Business & Financial Times reports that Ghana has this month “reverted to electricity rationing” as a result of unreliable Nigerian gas supplies. Ghana’s notorious electricity cuts are more than just an annoyance. They negatively impact businesses, many of which are obligated to install expensive onsite generators to pick up the slack when a power failure occurs.

“Local content” refers to the degree of participation of local Ghanaian expertise and business in the oil and gas industry. In its Local Content Policy Framework, Ghana’s Ministry of Energy states that the government’s policy objective is to “give first consideration to Ghanaian independent operators in the award of oil blocks, oil field licenses, [and] oil lifting licenses.”

Amid a fear of “going the way of Nigeria,” where fierce conflict in the Niger Delta has raged for decades, Ghanaians are showing clear signs that they want to be in charge of their country’s destiny and care deeply about how multinationals like Tullow and Kosmos Energy exploit their oil. At petroleum forums like the annual Oil & Gas Conference & Exhibition, there are calls for local content and resistance to the “invasion of foreign service providers.” Some critics question why the government is not being more aggressive than its stated goal of securing 90 percent of oil-related jobs for Ghanaians by 2020. Francis M.K. Sallah, a high-ranking petroleum trade unionist, thinks that skilled Ghanaian laborers such as welders and pipe fitters could fill half of those positions right now. Edwin Van-Otoo, vice president of the Ghana Oil and Gas Service Providers Association and a veteran of oil operations in the United States, has strongly admonished Ghanaians to take control of their country’s natural resources, which include gold and now oil.

Tullow itself makes a public show of encouraging the development of local skills in Ghana. CEO Aidan Heavey points out that it benefits not only Ghana but makes economic sense for the company as well. A private job-training company called Sigma-Base Technical Services trains Ghanaians in skills such as electrical work. According to Sigma’s director Ebow Haizel-Ferguson, who returned to his hometown Takoradi after working for more than 20 years in the Niger Delta, Ghana needs to aggressively develop the downstream side of the industry in order to create significant numbers of jobs. Even if Ghanaians eventually replace all the expatriates now working offshore, jobs on the rigs will remain relatively limited and won’t significantly affect the region’s high unemployment rate.

It remains to be seen whether talk of local content by the Ghanaian government and private oil companies is anything more than lip service.

On November 3, 2011, fishermen in the vicinity of the Jubilee oilfield spotted an oil slick floating toward land. The following day, the dark, sticky material coated the beaches of several fishing communities and seafront hotels, but the event created barely a ripple in the national news. The government made little comment and didn’t initiate an official cleanup. The scenario is the living nightmare of environmentalists, who have all along contended that development of the Jubilee field was rushed through with little regard for the potential environmental impact. Christiane Badgley states that, in effect, the World Bank contributed millions of dollars to the Jubilee project while characteristically ignoring the looming environmental risks.

Kosmos Energy acknowledges spilling toxic drilling mud on three occasions during the Jubilee field development, including a spill of some 25,000 gallons in December 2009. Ghana does not have adequate offshore monitoring for spills or clear-cut laws to sanction offenders. However, in February 2012, parliament began to consider the Marine Pollution Bill. This is certainly a step in the right direction, but environmentalists hope that concrete action will follow.

The Western Region’s coast, off which Tullow’s oil drilling platform operates, boasts a rich collection of marine wildlife. Although even many Ghanaians are not aware that dolphins populate the country’s offshore waters, the existence and sightings of dolphins are well documented. Unfortunately, some species are endangered.

A number of dead whales have washed ashore in the Western Region since 2009, including seven in 2010 alone. Although some link these deaths to oil production in Jubilee field, Ghana’s Environmental Protection Agency asserts that there is no evidence to establish the connection.

In the first of a three-part series, award-winning journalist Kweku Owusu-Peprah interviews Ghanaian oil workers who claim that they are paid substantially less than their expatriate counterparts and are denied company perks such as free housing provided to workers from abroad. One worker described separate, more luxurious dining facilities for expatriates who complain that Ghanaian dishes have a disgusting smell. Weatherford, a global oil services company operating in Ghana, is one company accused of giving preferential treatment to its expatriate staff.

Discrimination against Ghanaian workers is of course unethical and against the law. It is difficult to say just how widely it is practiced by foreign oil and gas companies in Ghana. They are at least on paper prohibited from engaging in any discriminatory practice on grounds of race, nationality, or gender in the conditions provided for personnel. What happens in real life may be a different matter.

There is a multi-directional tug of war in Ghana’s petroleum industry among the Ghanaian government, the multinational oil companies, the citizens of the country, and the environment. Like most contests, it is unlikely that they will all be winners. Ghanaians in the homeland and abroad fear that the country and the environment will be the eventual losers and that the dreaded specter of another Niger Delta looms.