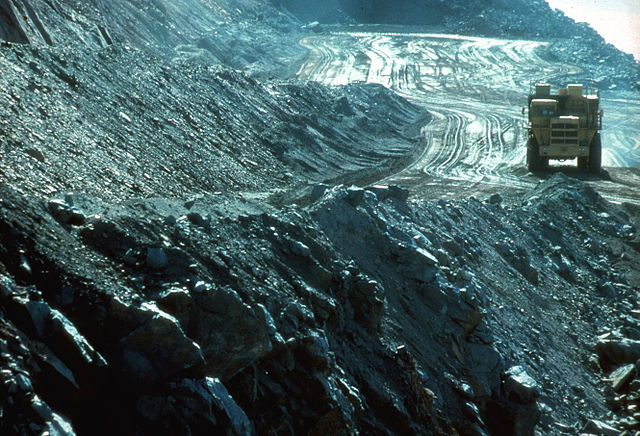 The decline of the coal industry is one example of good news about global warming. (Photo: CSIRO / Wikimedia Commons)

Were it not for Republicans, developments to mitigate global warming would be cause for celebration.
By Russ Wellen | September 25, 2015

Yesterday we wrote about the extent to which conservatives in the United States are opposing not only action on, but acknowledgment of, global warming. That’s the bad news. But, on the eve of the 2015 United Nations Climate Change Conference beginning Nov. 30, there is, writes Jonathan Chait in New York magazine, a surprising amount of good news. Global warming has been perceived as a “drama” that “has taken on an air of inevitability, of a tragedy at the outset of its final scene — the tension so unbearable, and the weight of looming catastrophe so soul-crushing, that some people seek the release of final defeat rather than endless struggle in the face of hopeless odds.”

But lately there have been “developments that have the potential to mitigate the worst effects of climate change to a degree many had feared impossible. … The technological and political underpinnings are at last in place to actually consummate the first global pact to limit greenhouse-gas emissions. The world is suddenly responding to the climate emergency with — by the standards of its previous behavior — astonishing speed. The game is not over. And the good guys are starting to win.”

Has a top journalist not just drank the Kool-Aid, but a pitcher-full spiked with Ecstasy? Doesn’t look like it. “For one thing,” Chait writes, “the price of solar is falling, and rapidly.” Also:

Meanwhile, the coal industry has gone into free fall.

The energy revolution has rippled widely through the economy. In the first half of this year, renewable-energy installations accounted for 70 percent of new electrical power.

For more than a century, everything that consumed energy was designed without a thought to the carbon dioxide that would be released into the air. Now everything from buildings to refrigerators is being designed anew to account for scientific reality.

… has made colossal investments in green energy. It plans to increase its solar-energy capacity this year alone by 18 gigawatts — as much solar-energy capacity as exists in the U.S. right now. Its wind-energy production has increased tenfold in a half-dozen years, and the country is in the midst of what one analyst called “the largest build-out of hydroelectricity the world has ever seen.”

American conservatives, however, continue to play the childish contrarian, throwing up obstacle after obstacle.

The unique quality of the Republican Party’s climate doctrine can be found not in its Donald Trumps and its Ted Cruzes but in their putatively sane competitors in the 2016 presidential primary.

For instance “John Kasich, who has carved a niche on the” — facetiousness alert — “far-left wing of his party’s presidential field for refusing to boycott the Medicaid expansion in Obamacare, has dismissed the scientific consensus as ‘some theory that’s not proven.’ Jeb Bush has tried to dodge. … Prestigious intellectuals in the conservative movement, like George Will, preach conspiratorial pseudoscientific theories.”

The U.S., points out Chait

… is the only democracy in which such a consensus can be found. … Eileen Claussen, former president of the Pew Center on Global Climate Change, told National Journal that, while some individuals in other countries question climate science, there is “no party-wide view like this anywhere in the world that I am aware of.”

When you get down to it, climate change denial is just as pernicious as Holocaust denial.