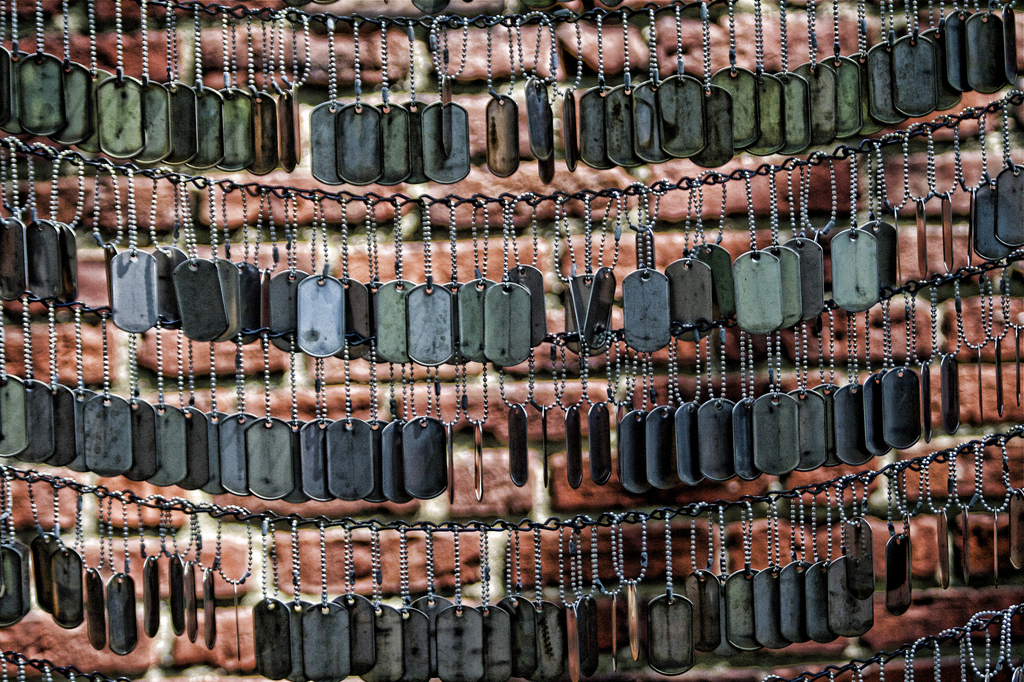 An Open Letter to Obama from an Iraq War Spouse

Before he leaves office, Obama should set up a truth commission on the Iraq War.
By Stacy Bannerman | December 1, 2016

This commentary is extracted from testimony from CodePink’s Iraq War Tribunal, happening December 1 and 2 in Washington, DC.

We first met during the summer of 2006, when you were a freshman senator. I was a military spouse, married to a decorated Iraq war combat veteran. He’d signed up to serve his country, which sent him to fight in what you said was a “dumb war.”

I agreed. I volunteered for Military Families Speak Out (MFSO), and we were trying to bring the troops home from Iraq. But in June of 2006, Congress voted to “stay the course.”

A few weeks later, I was joined by other MFSO members and some Gold Star parents for the launch of Operation House Call on Capitol Hill. For the rest of the summer, we stood in front of congressional buildings with our banner and a growing number of empty boots and baby shoes showing the human cost of staying the course.

It was hot that summer, I don’t know if you remember that, sir. It was so hot that when we moved the boots and baby shoes over to the sidewalk in front of the Russell Senate office building, the tar between the steps was melting. It was even hotter in Iraq, though, and since we weren’t wearing a bunch of gear like our loved ones, we stood out there every single day. Sweating, crying, sometimes swearing, and hoping to change hearts and minds.

And meetings — we went to a lot of meetings. There were a few other MFSO members with me in your office that day. We talked for nearly an hour, and you were everything they’d said you were, and more. I begged you to run for president and end the war in Iraq. We know how that went. You and I had several conversations after that, but not since you took the Oval Office.

The years of your presidency have been pretty good for you. Less so for me, and all of us impacted by the Iraq War.

Seventy-six percent of the nation now considers the war in Iraq a mistake. That mistake created hundreds of thousands of casualties, and cost billions of dollars. That mistake forced my now ex-husband to serve two year-long tours in Iraq. His severe post-combat trauma led to a crystal meth addiction that cost me my home, my job, and everything I loved. It nearly cost me my life.

I’m going to testify about what that war cost me and hundreds of thousands of other families of veterans at the People’s Tribunal on the Iraq War in Washington, D.C.

I’d like you to listen to — and remember — the lies that got this nation into that godforsaken war. I want you to hear just exactly what it has cost so many, so far: the lives and landscapes that have been terminated, poisoned, or destroyed; the hearts and homes that have broken.

I want you to see the pictures of the spouses who were murdered by returning veteran violence; to look in the eyes of the mom whose 12-year-old boy committed suicide by hanging during his father’s second tour in Iraq. I would like you to bear witness to the infinite grief of Gold Star families, and then get some sense of the complicated grief of the families of veterans rendered unrecognizable by the moral and physical injuries of an unjust war.

I’m inviting you to attend in the hopes you will remember the man you were the day we first met. I’m asking you to show up with the moral courage that got you into the Oval Office and to create a Commission on Truth and Accountability for the Iraq War before you leave it.

Stacy Bannerman is the author of Homefront 911: How Families of Veterans Are Wounded by Our Wars (2015), and When the War Came Home (2006). She was a charter board member of Military Families Speak Out, has testified before Congress three times, singlehandedly spearheaded the passage of two bills, and made history when her play, Homefront 911: Military Family Monologues took the stage at the US Capitol. Tribunal travel funds can be donated here.