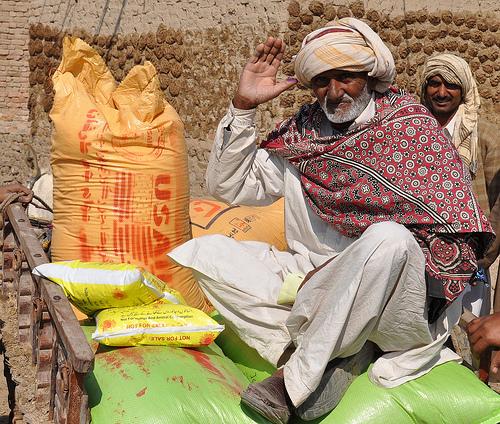 Our Own Worst Enemy

Militarization is no substitute for development when it comes to combating radicalism in the AfPak region.
By Nafeez Mosaddeq Ahmed | April 20, 2012 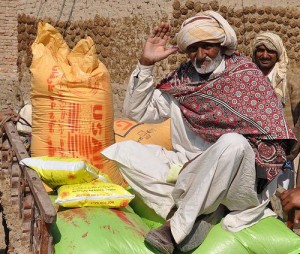 The brazen terrorist assault on Kabul on April 16 was the biggest attack on the Afghan capital in the last decade. For some 18 hours, strategically perched Taliban militants linked to the Haqqani network fired on government buildings, embassies, and foreign military bases. A total of 51 people died, including 36 militants. Some 74 were wounded in Kabul along with three neighboring provinces where government and military targets came under synchronized attack.

As evidence has mounted that the militants were trained and equipped across the border in Pakistan — where the Haqqani network has its core strongholds — questions have emerged over U.S.-Pakistani efforts to repair their already strained relations. U.S. intelligence officials have frequently accused the Pakistani Inter Services Intelligence (ISI) of supporting the rebel network’s operations in Afghanistan.

Monday’s attacks followed hot on the heels of a unanimously approved Pakistani parliamentary resolution calling for specific conditions on security cooperation with U.S. agencies. The sweeping demands include an end to drone strikes in Pakistan, cessation of all unilateral overt and covert U.S. incursions, a ban on U.S. intelligence operations, an indefinite suspension of visas to private U.S. security contractors, and an unconditional U.S. apology for NATO airstrikes that killed 24 Pakistani soldiers last November.

How many of these conditions, if any, the United States would be willing to accept is unclear, although U.S. officials have taken pains to indicate their eagerness to renew relations. So far, rather than pointing fingers, U.S. Secretary of State Hillary Clinton has expressed the need for “shared responsibility for robust action” — which only underscores how critical the United States considers cooperation with Pakistan to be for regional security.

Indeed, the Taliban’s success in carrying out these attacks at such a sensitive time highlights the urgency of the Pakistan problem, particularly as NATO prepares for the planned withdrawal of U.S. troops by 2014. Yet so far the international debate has focused inordinately on troop numbers in Afghanistan, rather than on the underlying social, economic, and political conditions that cultivate radicalization.

This mistaken focus characterizes the whole nature of the international approach to the region, which has alienated large sectors of local populations with its overemphasis on militarization. As acknowledged in a report last year by the UK parliamentary Foreign Affairs Committee, the NATO surge has “created more insecurity and led to more civilian casualties.”

In Pakistan, particularly in the rebel sanctuaries in the northern frontier provinces, the drone attacks have had a similar effect, angering locals and driving civilians into the arms of militants. As Daniel Bryman of the Brookings Institution observes, the ratio of combatants to civilians killed by the drone strikes is about 10 to one. A far longer-term game, he argues, is needed.

Intractable as the crisis may appear, long-term solutions do exist. One of the most effective in Pakistan is the Rural Support Programs Network (RSPN). As Pakistan’s largest NGO, the RSPN has run quietly for nearly 30 years, with a staggering success rate. It has mobilized over 4 million Pakistani households through local community organizations, provided skills training to nearly 3 million, and reached approximately 30 million people with its work.

The secret of the RSPN’s success is deceptively simple. The poor are mobilized to establish local community organizations where citizens are involved in every aspect of decision-making — designing and selecting projects, managing them, and monitoring expenditures. The program thus empowers villagers to see themselves as citizens with the skills, tools, and acumen to work together in managing the disbursement of government funds to lift themselves out of poverty.

In the northwest frontier province of Chitral, for instance, local micro-scale hydroelectricity projects now supply power to over half the population. Elsewhere, RSPN has empowered locals to establish 1,449 community schools, whose pupils out-perform their peers from government schools, and enrolled 681,000 women in community activism — the largest outreach to poor rural women of any Pakistani organisation. In the areas where RSPN projects are consolidated, militancy is non-existent, simply because local communities are actively engaged in their own development. Rather than requiring external force to police such communities, local civil cociety organizations (CSOs), established with the support of the RSPN, act as a bulwark against those calling for violence.

Despite resounding endorsements from independent evaluations commissioned by a range of agencies such as the World Bank and the UK Department for International Development, the RSPN has seen its levels of international aid slashed in recent years, — precisely when this sort of pioneering rural development ought to be scaled up across both Pakistan and Afghanistan. Currently, development aid is a tiny fraction of what the United States and NATO spend in the AfPak region, which is overwhelmingly dominated by military expenditures.

As the countdown to the Afghan withdrawal continues, the U.S. and UK governments should learn the lessons of imperial hubris. If we truly want stability in the region, we must draw on proven models like that of RSPN, which empower civil society from the ground up. Paradoxically, our obsession with security has undermined itself. We need to focus more on building the capacity of communities to empower themselves. This is the only way, in the long-term, to create real resilience to radicalization.