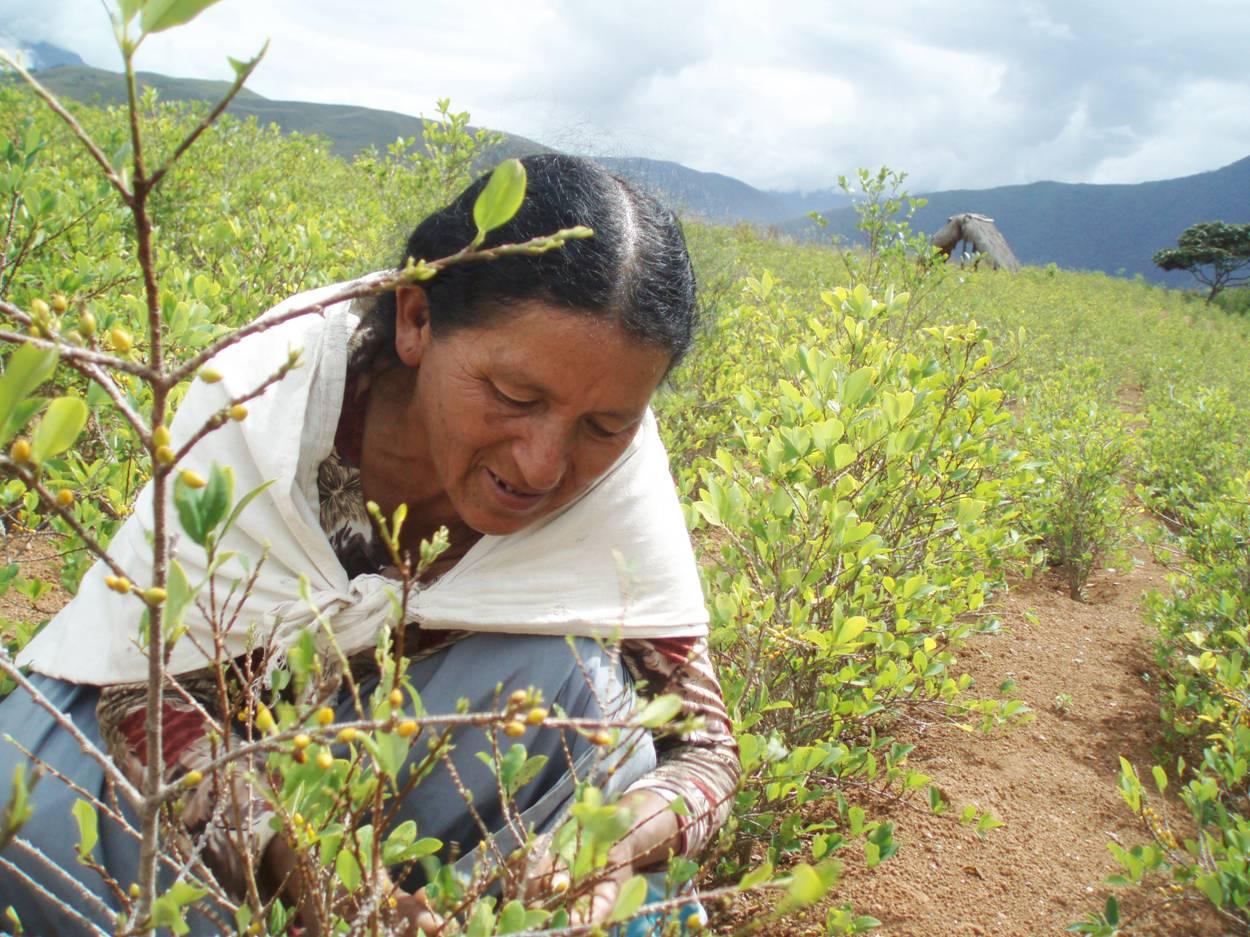 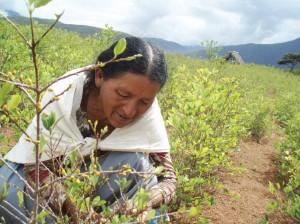 It is said that drugs – be they natural or synthetic, legally prescribed or illicitly consumed – and poisons only differ in dose. Indeed, today’s drugs vary tremendously in the personal and interpersonal harm they are wont to cause, from the largely innocuous caffeine in beverages like coffee or tea to the mind-altering psychotropic heroin. Some are little more than recreational substances consumed for the purpose of eliciting a psychological reaction. Still others are entrenched in cultural and spiritual practices.

Because of the varying levels of addictiveness, potential for self-harm, and negative effects on family and community dynamics, governments around the world have historically explored ways to reduce associated dangers through legal means.

In an effort to codify international laws on commonly abused substances, the global drug control regime—a cooperative international effort spearheaded in large part by the United Nations’ Single Convention on Narcotic Drugs of 1961—was established. It has since promulgated global norms that regulate or prohibit the production, trade, and supply of certain drugs. In doing so, it has sought to curb global production levels and decrease drug consumption by organizing specific drugs into schedules of varying legal controls. By establishing four schedules—with Schedule I being the most restrictive—the regime provides a framework with which to improve, as the Convention promises, the “health and welfare of mankind.”

However, national efforts to reduce drug-related crime and overall drug use have largely failed in places like Mexico, Guinea-Bissau, and Burma. And international strategies have not done any better. These failing initiatives reflect a poorly driven global drug control regime that is ripe for reform. Because drug use (estimated to have contributed to 12.4 percent of all deaths worldwide in 2000) and crime-related deaths remain high in many parts of the world, it is crucial for international actors act sooner rather than later.

Today’s drug scales do not adequately take into account the scientific and empirical evidence for proper scheduling, relying on anachronistic, ideological standards for classification and draconian legal penalties. This not only impedes more humane and effective health policy initiatives, but also champions antiquated norms that have not stood the test of time. To have alcohol and tobacco—which, after years of prolonged use, have been shown to lead to numerous health issues—so readily available to certain adults while restricting cannabis and ecstasy (MDMA)—which have been shown to be generally less harmful by comparison—is deleterious to the integrity of the control system.

Government regulation of drug use can be critical to the security of societies around the world. But the governing mechanisms must be well run and supported by facts in order to effectively bring down illicit production and consumption levels. Therefore, it is paramount for the current regime to consider changes to the way drug restrictions are implemented and vetted.

The vague definition of “narcotics” adopted by the international drug control regime is a major drawback for the 51-year old treaty. Narcotics are said to be “any drug defined as such under the 1961 Convention,” with few details to expand on the ambiguously terse definition. This has given the Commission on Narcotic Drugs and the World Health Organization—the entities in charge of organizing substances into schedules—ultimate power over which substances require what form of international regulation. These categorizations, however, have led to numerous unintended consequences.

The most injurious outcome has been the absence of scientific and empirical knowledge in drug scheduling. Science has changed substantially since the inception of the treaty, but has been overlooked in policy formulation. In 2010, in an effort to categorize drugs by their harmfulness—irrespective of their classification under national and international drug control regimes—several scientists and members of the British-based Independent Scientific Committee on Drugs scored 20 drugs on 16 criteria related to harmfulness: nine on the substance’s danger to the user and seven gauging the substance’s associated harm on others.

The results were eye-opening. The study assessed that the harmfulness of many drugs does not correlate scientifically with global classification systems, including the drug scales used by the United States, the United Kingdom, and the 1961 Convention. In the evaluation, the unclassified alcohol was found to be the most harmful drug studied when taking into account physical, psychological, and social problems, scoring a total of 72 out of 100. Although crack cocaine, heroin, and methamphetamines were assessed to be more dangerous to the user (with part scores of 37, 34, and 32, respectively), alcohol was recognized to be the most harmful drug to other people.

Tobacco also ranked on the more harmful end of the study, with a total score of 26. This put it ahead of khat (9), ecstasy (9), and mushrooms (6), and tied with cannabis (26)—all four of which are regulated or prohibited by various degrees internationally. Ketamine and solvents, which along with alcohol and tobacco are unclassified and not controlled on a global scale, received higher scores than several Schedule I substances in earlier reports. The study ultimately pointed out that most global drug scales bear no relation between evidence of harm and legality.

The supplemental 1971 UN Convention on Psychotropic Substances is equally unclear with its drug classifications. While some drugs, like MDMA, are positioned in Schedule I, other psychoactive substances, specifically alcohol and tobacco, continue to be excluded from the treaty’s regulative control. The Commentary for the treaty found that both drugs did not “warrant” control, as they were deemed unsuitable for regulation. For alcoholic beverages, the Commentary stated that “it appears obvious that the application of [control] measures…would not solve or alleviate the alcohol problem.” A similar comment was iterated for tobacco control. It remains unclear why regulations for alcohol and tobacco would differ from those of any other drugs.

But what has led to these discrepancies between scientific evidence and international proscriptions?

Historically, social acceptance or rejection has colored the way certain substances are regarded. Take alcohol, for example, which has been commonly consumed in various forms for thousands of years. Alcohol’s prohibition in the United States did little to decrease its popular demand.

In fact, alcohol, caffeine, and tobacco products experienced unparalleled levels of acceptance at the height of European colonial dominance. As Dr. David T. Courtwright expounds in his book Forces of Habit, these “Big Three” drugs amassed so much socioeconomic power and exposure that they became impervious to most attempts at prohibition. The same cannot be said for other regional favorites, like betel in Asia, kava in the Pacific, and khat in the Horn of Africa.

Ideological and religious intolerance have also influenced the acceptance of certain drugs over others. Christian Europe, for instance, successfully banned coffee and the psychoactive cactus plant peyote for some time due to their Muslim and “pagan” origins, respectively. (Wine, prevalent in Christian rites, remained untouched). The historic U.S. bans on opium and cocaine are partially linked to racist sentiments, as both substances had a strong presence in Asian- and African-American communities.

Today, some ideological intolerance stems from the belief that drug users are inherently immoral. This, of course, occludes the protection of human rights and the provision of harm reduction initiatives.

Aside from damaging the integrity of the classification system, the nonscientific ordering of drugs has created numerous unintended consequences. First, cultures around the world have seen many of their social and religious traditions interrupted as certain substances, like the coca leaf in Andean communities, have been banned under international treaties. The coca leaf, which has a negligible coca alkaloid content but is the precursor to all cocaine varieties, is under Schedule I—the most restricted drug classification. Bolivia recently eschewed the 1961 Convention for pushing the Andean country to criminalize a substance that has been used in the region for millennia.

Similarly, the international drug regime’s focus on criminal justice over harm reduction strategies and smart health policies adversely affects the lives of millions of people around the world. Incarceration for non-violent drug offenses does little to arrest global demand and consumes judicial resources that should be reserved for more serious crimes. Jail time for production or possession of substances found to be less dangerous than legal alternatives arguably cause more harm over time than drug use itself.

Likewise, the marginalization and stigmatization that often accompanies certain drug use should be replaced with a humane focus on public health principles. Demonizing drug users instead of treating them for drug dependence is unconstructive and only serves to perpetuate drug use and unsafe health habits.

Lastly, punitive policies fall disproportionately on minority groups in many countries. Unjustifiably harsh sentences hurt these communities and exacerbate existing group grievances. Success should be measured by actual social and health improvements, not by the number of arrests or the severity of legal penalties.

What the Drug Control Regime Should Keep in Mind

Today, drug policy remains inflexible. World leaders are more concerned with restricting drug supplies and putting producers, sellers, and users in jail instead of curbing the demand that drives the drug trade. Fearing a boom in consumer use if legalization initiatives and classification changes are pursued, stubborn politicians and policymakers risk keeping many countries in the bleak status quo that exists today.

Drug scales today are not only factually outmoded, but actions taken on behalf of such schedules have led to cultural insensitivities, needlessly harsh punishments, the abeyance of human rights, and systemic injustices for minority communities. Ultimately, it is paramount for international actors to take into account scientific advancements in drug research and maintain an updated scheduling system for the integrity of the global drug control regime.

These much-needed reforms should incorporate ways to regulate culturally sensitive substances in a way that does not needlessly impose foreign norms on indigenous cultures. Likewise, a shift away from punitive measures to policies informed by harm reduction and public health tenets would prove beneficial to societies. Lastly, testable and factual information should be the foundational basis for drug schedules worldwide.

The time for reform is now.

Felipe UmanaFelipe Umana is a contributor to Foreign Policy in Focus.