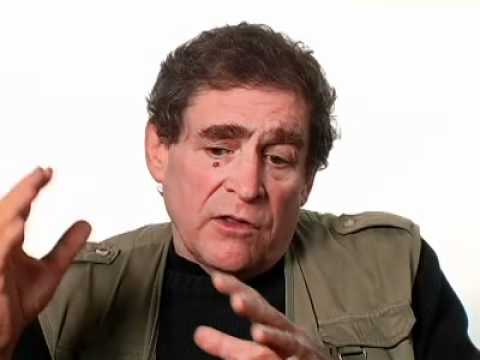 Overpopulation Makes a Mockery of Citizenship

In his highly acclaimed book World Without Us (Picador, 2008), Alan Weisman  speculated on how the earth would fare in our absence (even worse … then much better, thank you). In his most recent book, Countdown (Little, Brown and Company, 2013), Weisman chronicles the impact of population growth on the earth. He attempts to determine its ― in technocrat speak ― “carrying capacity” and reports on what forces are working towards and against that end. As you can imagine, much of it revolves around agriculture, resources, and climate change. Countdown is required reading for all earthlings.

. . . at the First World Optimum Population Conference [in 1993], [environmental scientist] Gretchen Daily and [population studies authority Paul Ehrlich and his wife stated that optimum population] did not mean the maximum number that could be crammed onto the planet like industrial chickens, but how many could live well without compromising the chance for future generations to do the same. At minimum, everyone should be guaranteed sustenance, shelter, education, health care, freedom from prejudice, and opportunities to earn a living.

They kept their goals realistic. From a conference statement:

While it is nearly everyone’s selfish best interest to narrow the rich-poor gap, we are skeptical that the incentives driving social and economic inequalities can ever be fully overcome. We therefore think a global optimum should be determined with humanity’s characteristic selfishness and myopia in mind.

In the opening chapters, Weisman reports on demographic escalation between Palestinians and haredim (ultra-orthodox) Jews in Israel. Also, the poor in a state such as Niger reflexively reproduce at a rapid rate as a hedge against losing children to malnutrition and disease. But optimum population can be expedited if the message comes from religious leaders.

Early in the Qur’an, in a surah that describes how Ibrahim embraces monotheism, he found that the Prophet Muhammad appointed Muslims as khalifas, guardians of the Earth, and warned against excessive exploitation. In the Sunnah  ― collected sayings and acts of the Prophet that, with the Qur’an, form the basis of shariah law ― Khalid read that Allah is the sole owner of the Earth and everything in it. He loans the world to humans to use, but not to abuse.

Another instance of the positive effect religious leaders can exert:

In Indonesia, home to the world’s largest Muslim population and one of its richest ecosystems, they convinced Sumatran religious scholars to issue the world’s first environmental fatwas, warning that illegal logging, mining, and burning forests are haram: forbidden under divine law.

As for the Catholic church, though, while the Vatican may be

… genuinely worried about melting poles and deepening droughts [it] still insists that a million more of us every four days or so is a blessing. … Even an infallible pope has little power if his flock shrinks too far. Like Yasser Arafat’s womb-weapon and the overbreeding of Israel’s haredim, the Church has a fundamental, vested interest in bodies. The more Catholics there are in the world, the more the judgment of the 1,000 male citizens of Vatican City matters.

Still, as presently constructed, optimum population, not to mention climate change, remains in the hands of politicians.

Apart from stemming consumption, the most intractable puzzle that Paul Ehrlich has encountered is why health decisions about Mother Nature ― the mother that gives us life and breath ― are made by politicians, not by scientists who know how critical her condition is.

“It’s like the immoral equivalent of insurance company accountants making decisions about our personal health.”

From my perspective, population growth changes the nature of what it means to be a citizen. In the United States, citizenship, by birth right or for those naturalized, entails duties such as jury duty, paying taxes, and susceptibility to a military draft. It also, of course, guarantees the right to vote and run for office, to live and work in the United States, and to apply for federal assistance programs, from Social Security to healthcare under the Affordable Care Act.

But if a state is strained to the breaking point by population growth, among other stressors ― foremost among them, a financial sector even more unrestrained than population growth ― it becomes difficult to keep everyone employed. Furthermore, federal assistance programs, soon overwhelmed, become underfunded, in part, because of a lack of tax revenue from the un- and under-employed. Thus does population growth erode the meaning of citizenship and threaten democracy. In fact, it makes a mockery of what it means to be a state in the developed world.

In light of how ill it bodes for the future of our children and grandchildren, population growth demands two hard decisions. The first ― how many children to have ― is becoming easier. Weisman explains how women in the developing world are easily convinced to limit the size of their families. The second decision is considerably more difficult ― whether to have children at all. Because of their poor job prospects in a cruel job market, and the likelihood that they will face even more severe environmental degradation and perhaps famine, it behooves prospective parents to closely examine their reasons for having children.

Of course, the decision can never be totally rational. While not a right, per se, it’s only natural to have children. But is it natural to bring them into the world where their prospects are limited and they may face deprivation, the likes of which we have never seen? Having children ― ideally a chance for us to learn selflessness ― then becomes purely an exercise in selfishness.

Still, the growing trend in limiting family size is encouraging. But, as Weisman writes, the damage, as with climate change, has already been done.