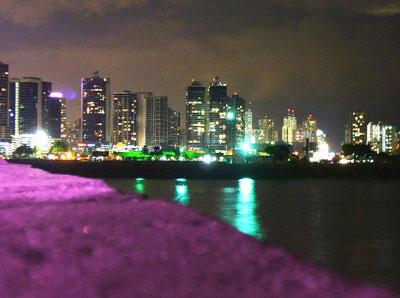 A free-trade deal would normalize Panama's status as a notorious tax haven for U.S.-based corporations.
By Tereza Coraggio | September 14, 2011 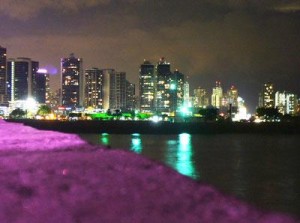 “Panama is the sink where the dirtiest money is laundered,” writes Nicholas Shaxson, author of Treasure Islands: Uncovering the Damage of Offshore Banking and Tax Havens. Unfortunately, it is also one of the countries with which the Obama administration is dead-set on implementing a Bush-negotiated free-trade agreement.

Negotiated by President Bush in 2004-2006, the U.S.-Panama free-trade agreement has since stalled in the face of congressional opposition. However, recent House votes have suggested a renewed interest in ratifying the agreement, which would normalize Panama’s status as a notorious tax haven for U.S.-based corporations, along with other, seedier entities.

Tax havens such as Panama (or “secrecy jurisdictions”) launder drug money, divert aid, bribe governments, fund paramilitaries, defraud shareholders, and embezzle public funds. They take one of every four dollars out of circulation in the legitimate economy. The geopolitics of Latin America can’t be understood without taking tax havens into account, and neither can our current U.S. quagmire.

Panama began its nefarious career sheltering U.S.-based corporations in 1919, as a “flag of convenience” for Standard Oil. Maritime law requires each ship to fly the flag of its registry. Panama, by hiring out its flag, allowed Standard Oil to skirt the 1915 Seamen’s Act, which established the rights of sailors and provided for safety inspections of ships. Panama is now the number-one purveyor of mercenary flags, with over 8,000 registered ships and 23 percent of the world’s Dead Weight Tonnage (DWT). The Seamen’s Act also specified that officers and crew should speak a common language. But 40 percent of “Panamanian” crew members turn out to be Chinese workers, who earn $2-3,000 per year working on ships termed “floating sweatshops” by the AFL-CIO. Flags of convenience also enable illegal fishing vessels to avoid fisheries’ regulation and control, a practice that a former EU Fisheries Commissioner has called “a serious menace to today’s maritime world.”

The ships’ owners are hidden behind a complex web of corporate entities. The key device for protecting their identity is the use of “bearer shares,” unmarked shareholder bonds that grant ownership to the physical holder of the document and can be untraceably exchanged like money. Some jurisdictions require a director to be named, in which case a proxy nominee legally sworn to secrecy is part of the service.

This anonymity sets the stage for arms smuggling, drug running, human trafficking, and even terrorism. Terrorism? Unlike idling your car by an airport, parking your unmarked liquefied gas carrier by a major city is perfectly legal. Jack Blum, a senior advisor to the Tax Justice Network (TJN), put it best in his testimony to the Senate Finance Committee: “[Even] if the nominee directors and officers were waterboarded, they could not tell you what the corporation was doing or who owned it.”

Ships under Panama’s flag were blacklisted by The Hague in 1978 and were placed on the U.S. Coast Guard Target List. Since 1958, the Geneva Convention of the High Seas has required a genuine link between a ship’s flag and its owners or crew. Yet by 2006 the UN Treaty for Registration of Ships had gathered only 14 signatories. This leaves the burden of inspection on port countries, which have the power to detain a ship and imprison its officers but cannot identify, much less reach, its owner. Unthreatened by legal ramifications, the owner can make unlimited profits from whatever weapons, heroin, or child prostitutes that do slip through. Although those doing the dirty work are prosecuted, the owners can never lose more than their investment. Heads, I win, tails, you lose.

Today’s Panamanian law firms are one-stop shops where a gentleman can register his 2,000-ton cargo carrier, license his “pleasure vessel,” offshore his corporation, and squirrel away his own personal nut stash. TJN estimated in 2005 that “high-net-worth individuals” held $11.5 trillion in tax havens like Panama, a figure amounting to a quarter of global wealth and nearly equaling U.S. GDP. In hundred dollar bills laid out end-to-end, it would stretch 23 times to the moon and back. According to TJN, the resulting $250 billion in lost taxes on annual interest was almost triple the global budget to tackle poverty.

But that’s not all. Global Financial Integrity estimates that $1.2 trillion in illicit financial flows are leaking out of developing countries annually and into secrecy jurisdictions. Criminal money makes up a third of this and another 3 percent comes from corruption. But the rest is just business as usual— the everyday, ordinary work of corporations. This is why, for every dollar given in aid to impoverished countries, 10 dollars fly out the window and over the ocean to nest in these secret accounts.

Tax transference is the primary way that corporations offshore profits. Losses are registered in the highest-tax countries while gains are calculated where taxes are low or, as in Panama, nonexistent. Apple, which claims that less than 14 percent of its profit is earned in the United States, is leading a lobbying campaign with Google, Pfizer, and other U.S. corporations to repatriate their collective $1.2 trillion in offshore holdings at a 5.25 percent tax rate, rather than the 35 percent due.

According to Public Citizen’s 2009 Panama Tax Evasion Report, 350,000 corporations are registered in Panama, the largest number after Hong Kong. Many of the top recipients of the Troubled Asset Relief Program, such as AIG, Citigroup, and Morgan Stanley, have subsidiaries in Panama. In 2008 Goldman Sachs paid an effective federal tax rate of 1 percent, while last year, GE, Pfizer, and Verizon paid nothing. Federal contractors like Caterpillar, Johnson & Johnson, and General Mills have Panamanian subsidiaries, as do recipients of U.S. oil and agricultural subsidies. In Other Words, IPS Senior Scholar Chuck Collins writes: “these same companies use our public infrastructure, hire workers trained in our schools, and depend on the U.S. court system to protect their property. Our military defends their assets, yet they’re not paying their share of the bill.”

A Wikileaked 2006 memo from the U.S. embassy in Panama observed that “[a]long with its sophisticated banking services, Panama remains an environment conducive to laundering the proceeds from criminal activity and creates a vulnerability to terrorist financing….The money laundering process of: placement (putting money into a legitimate financial institution), layering (distancing the money from its origin) and integration (causing the money to re-enter the economy in legitimate-looking form) is perfectly replicated in Panama.”

This was recently illustrated in a 2009 U.S. embassy cable on Panama’s failure to report Colombian kingpin David Murcia Guzman’s laundering of drug money. Guzman has links to former Colombian president Alvaro Uribe and current Panamanian president Ricardo Martinelli, who is suspected of using his chain of Super 99 stores to whitewash the money. Panama’s lead drug prosecutor left office suddenly while investigating the scandal when he was promoted to the Supreme Court. But when Attorney General Ana Matilde Gomez refused to prosecute Martinelli’s rivals, Panama’s Supreme Court removed her from office.

The U.S. government is cutting unemployment benefits to help close the federal deficit. But in the parallel universe of tax havens, the entire U.S. GDP has been siphoned into private, tax-free pockets. Here the war on drugs has crammed prisons past capacity, while in Panama drugs have fueled the economy and boosted yacht sales. The U.S. flag is a symbol that we’ll kill and occasionally die for, but Panama’s flag has been forced into prostitution. The Panama of today is not a Latin American country but a fictional entitlement invented by corporations. Is this really the best we can do in a free-trade partner?

Tereza CoraggioForeign Policy In Focus contributor Tereza Coraggio is author and host of the radio show Third Paradigm at thirdparadigm.org.