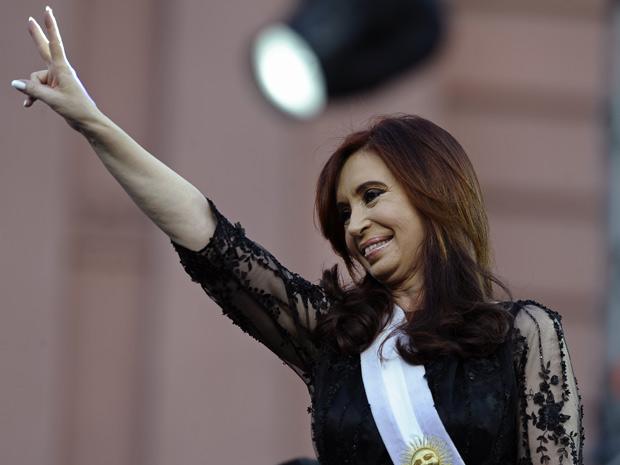 Europe's crocodile tears for Argentina's economic development are all about the profits of European companies.
By Melissa Moskowitz | May 7, 2012 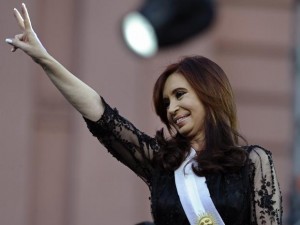 Despite being immensely popular among the people of Argentina, the Argentinean government’s decision to nationalize the YPF oil company has continued to come under attack by those who obstinately promote extractive capitalism. The measure would nationalize YPF and restore 51 percent of the company’s ownership to Argentina. It would thus end sister company Repsol’s 57.4 percent majority stake in the company.

Repsol, a Spanish oil company, has since the 1990s held the majority of YPF, an arrangement that the Argentinian public and government have increasingly disliked. A poll conducted by Poliarguia Consultores published in the Argentine newspaper La Nacion indicated that 62 percent of Argentines support President Cristina Kirchner’s plans to nationalize YPF. President Kirchner’s decision to promote and defend nationalization reflects growing opinion that the company has “not invested enough” in Argentina “to cope with growing international demand.”

It’s not a mystery why Argentina has decided to abandon the neoliberal model of economic development. Various Latin American countries see nationalization as a viable substitute to provide development, financial stability, and growth for its citizens. Indeed, Argentina is following the example of other Latin American countries that are constructing their own economic model. In her own speech defending nationalization, Kirchner specifically cited the Brazilian nationalized oil company Petrobras.

Increasingly countries in the region are moving toward hybrid nationalized/liberal models. Evo Morales, for example, recently nationalized the Spanish electricity company REE, citing its failure to sufficiently invest in Bolivia’s growing needs — a grievance that mirrors the claims made by Kirchner regarding Repsol’s lack of investment in Argentina.

Domestically the decision has been met with praise. Simon Romero of The New York Times writes, “nationalizations resonate in a country where strong resentments persist about the privatizations carried out under the liberal economic policies of the ’90s, which preceded a chaotic economic crisis at the start of the last decade.” In a recent Times article, Manuel River, a 27-year-old retail worker, communicated his support for the decision by saying that the government is “taking back what belongs to us.”

Most upset with the recent decision are the Spanish government and the European Union, which have threatened to bring a World Trade Organization suit against Argentina. Spanish Trade Secretary Jaime Garcia-Legaz said that “There are going to very clear interventions on the part of the European Union.” These sentiments have been echoed by Spanish Foreign Minister Jose Manuel Garcia-Margallo, who, in a BBC article, said that Spain would also call the issue to the attention of the IMF, World Bank, and G-20, stating, “We will try to pressurize Argentina so that is sees that this road is going nowhere.”

A Cog in the Machine

The European Union is backing Spain’s decision to meet the Argentinian nationalization with intransigence. The European Commissioner for Trade Karel De Gucht gave a speech in response to Argentina’s decision that represents the EU’s intolerance for nationalization as a road to growth and development. De Gucht’s speech, EU – Latin America/ Caribbean Trade: A Partnership for the Future, begins with the importance of “value chains”:

Some of the most important recent insights into the way economies work today comes from research into the extent and depth of global value chains. Value chains have become an essential feature of our economic reality. Today’s products and services are not produced in a single location or even by a single company.

This is a reference to Repsol’s former ownership of sister company YPF operating in Argentina. “Value chains” refer to a series of processes that products go through in a modern economy. This veiled statement suggests that Argentina will not be able to compete in the global market if it doesn’t cooperate with Spain. Nationalization and protectionism, De Gucht argues, are inconsistent with the value-chain mentality integral to successful economies.

What this means is that for all economies — including Europe and the Latin American and Caribbean region — prosperity will partly depend on the degree of economic integration that a country can achieve. Over time, the objective for economies is to become cost-efficient in those parts of the value chain that add the most value, as those are where the high salaries and profits are to be found.

De Gucht then goes on to talk about how the financial collapse, the rise of China, and the success of traditional commodity exports increasing in value have presented economic challenges to the region. In response to these challenges, De Gucht argues that Europe and Latin America must continue their unwavering commitment to the free flow of exports and imports. De Gucht is worried here not so much about the contraction of the value chain but the loss of control by Spain. Needless to say, he is not concerned about Argentina’s control over its resources and its desire to limit the influence of foreign corporations over theseresources.

We know now that if any of us wish to insert our economies into global value chains then it is vital that we stay open – both to imports and exports. Today global trade is valued at almost half of total global output. Of that figure, fully one third of trade happens between firms. If Latin America and the Caribbean or, indeed, Europe want to continue their development, they must take account of this reality: Companies producing goods and services are not solo athletes – they are relay runners. If they want to cross the finish line they need to receive the baton from their team members and then pass it on once their part of the job is done.

Then the focus of the speech transitions from generalities and directly discusses how Argentina has violated this commitment to free exports and imports. De Gucht here emphasizes the importance of free markets and free competition that have, in the past, largely allowed foreign companies to benefit from Argentina’s natural resources.

De Gucht uses the metaphor of a relay race where all actors are presumably equal and running at the same speed. But corporations and countries are not equal, and some countries always seem to win while others lag behind in the race. Moreover, Repsol’s lack of investment in Argentinian oil has only placed hurdles on the track for the developing country. Members of the Argentinian parliament have argued that when Repsol was involved in YPF, oil production and investment in Argentina declined. Indeed, during this period, Argentina began importing gas for the time in 20 years.

Following the nationalization’s approval in the lower house, parliament member Agustin Rossi remarked, “Starting today in Argentina, oil ceases to be a commodity for YPF. Oil is now a basic resource for economic growth and the development of the country.” This lack of control over domestic resources has prevented Argentineans from being able to run as equals in De Gucht’s race.

We are therefore very concerned in Europe when we see moves away from open markets through protectionist policies in some countries in your region. Indeed, there has been for many years a debate across the region between those who understand that open markets and competitive economies are the route to prosperity and those who believe that it is possible to grow behind protective walls. This debate is heating up again. Just in the last week Argentina decided to nationalise the oil company YPF, by expropriating only the Spanish majority shareholder REPSOL but not the Argentinean shareholders. This is exactly the kind of measure that needs to be avoided. Foreign direct investment is a direct line into global value chains. But companies only make the serious, long-term and expensive decisions to invest in a country when they are sure that their investment is secure.

De Gucht’s last point regarding companies making long-term decisions to invest is particularly relevant in the debate over the nationalization of the oil companies. Kirchner nationalized the oil company on the rationale that Repsol had not been making serious, long-term investments in Argentina. Europe is not as concerned with Argentina’s economic development as the speech implies. De Gucht’s real concern appears to be the Spanish company Repsol’s loss of profit, and its demand to be compensated by the Argentinian government for $10 billion.

Europe also has a stake in this matter as it is one of our own companies that is under attack.

De Gucht has made it clear that any attempt to nationalize domestic resources in a way that compromises European financial growth will be met with antagonism. Repsol, meanwhile, cares less about losing influence in Argentina than about losing an opportunity for profit. “Repsol tried to sell a controlling stake in its Argentinean oil company to a Chinese energy group before it was nationalized by Buenos Aires, according to two people familiar with the talks,” according to the Financial Times. “Repsol wanted more than $10bn for its stake and did not advise Buenos Aires of the discussions with Sinopec, which the Spanish group hoped to finalize before seeking formal endorsement from Cristina Fernandez, Argentine president.” If the EU really wanted to practice the rhetoric of free and fair relay races and more development for all, it would not have used the threat of WTO disputes to strong-arm Argentina into backing away from nationalization. The EU is primarily concerned with Argentina’s “attack” on “one of our own,” Repsol.

As a result I have made very clear to my counterpart in Argentina just how seriously we are taking this matter in the European Union. I can assure you that we will do everything in our power to support the Spanish government as it seeks full compensation for the company concerned. But unfortunately, this is not the only example of protectionism that we have seen in recent times across the region. Whether it be other expropriations, restrictive import licensing or policies to force a higher local content of goods, these measures will not help the countries that put them in place. They hamstring international supply chains, nurture a rent-seeking, uncompetitive private sector and deter foreign investment. But, as in the REPSOL case, protectionist measures also damage trading partners. And that is why we look very closely at every new trade restrictive measure taken to see how they can be addressed. We have a comprehensive trade enforcement strategy that employs all tools, from diplomacy to dispute settlement proceedings at the WTO, to promote market openness around the world. We will not hesitate to use them.

Europe’s commitment to protecting the sovereign decisions of other nations is, in practice, a commitment to the protection of the financial interests of European companies. Europe’s desire to impose a neoliberal model on Argentina and punish it for nationalization is the latest effort to quash other development models. The European Commissioner’s response was similar to the response given by World Bank President Robert Zoellick, who said that the Argentinian decision was “a mistake.” Nationalization of industry, according to Zoellick, “will leave Argentina behind in the international economy, and that hurts the people of Argentina, and that is who I am concerned about.” With their aggressive responses, Zoellick and De Gucht want to ensure that nationalization remains a non-viable economic paradigm for the foreseeable future.