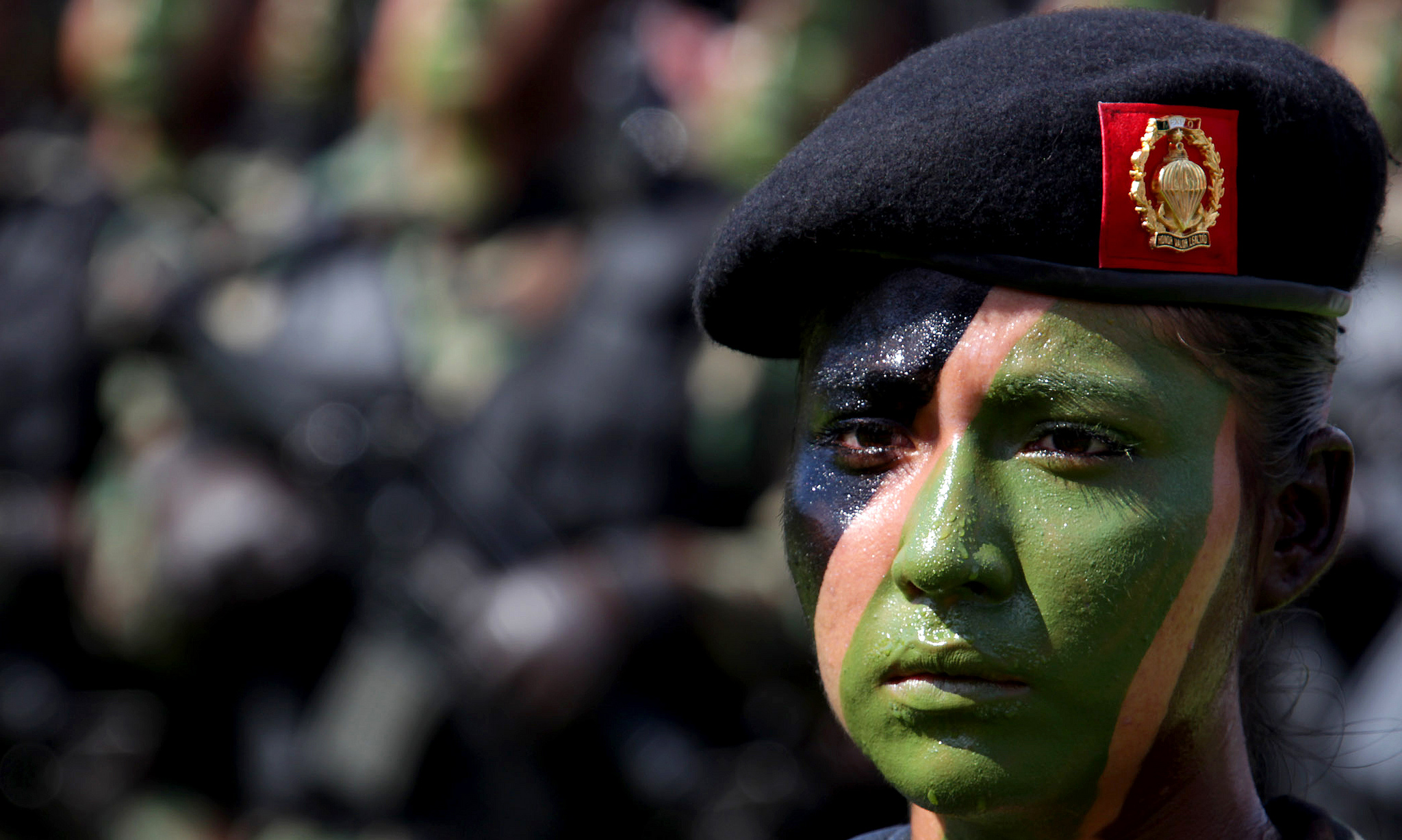 Both Parties Are Playing the Mexico Card

From immigration to the drug war, there's a lot that needs fixing in the U.S.-Mexico relationship. But border walls, hate speech, and deportations won't do it.
By Laura Carlsen | July 27, 2016

While it has been cast mainly as the villain, the unexpected spotlight has sent politicians and activists on both sides of the border seeking to get their message out. If they’ve learned anything from the Trump playbook in the past months, it’s that negative attention is still free publicity.

The July 22 visit of Mexican President Enrique Peña Nieto to Washington played up Mexico’s role in U.S. electoral politics. Since Republican candidate Donald Trump first launched his peculiar brand of invective against Mexico and Mexican migrants, he and his party have been mining an unexpectedly rich vein of anti-Mexican racism and xenophobia in U.S. society. Meanwhile, Democrats and Latino rights organizations have been thrown into defensive mode.

Mexico as an election-year wedge issue was the unspoken theme of Obama and Peña Nieto’s last meeting. In the joint press conference, The Donald was the elephant in the White House. Obama began with a direct reference to he-who-shall-not-be-named: “Let me start off by saying something that bears repeating, especially given some of the heated rhetoric that we sometimes hear: The United States values tremendously our enduring partnership with Mexico and our extraordinary ties of family and friendship with the Mexican people.”

The meeting sought to remind the U.S. public that it’s impossible to cut ties with Mexico — whether by building a wall, deporting some 11 million mostly Mexican immigrants, or canceling trade agreements, all of which Trump has proposed.

It also sought to woo the Latino vote, which could make the difference in this year’s elections — a fact that both Obama and Hillary Clinton are well aware of.

For Peña Nieto, the visit offered an opportunity to score some foreign policy points just as he’s he tanking domestically. The Mexican president’s approval ratings have hit an all-time low at 29 percent. His government’s involvement and cover-up in the case of the 43 disappeared students from Ayotzinapa, the restructuring of the education system that led to widespread protests from teachers and parents, the police killing of nine of those protesters, and the peso’s freefall have left his presidency battered with two more years to go.

Peña Nieto first saw Trump’s virulent anti-Mexicanism as a way to unite the country around something that wasn’t opposition to his presidency. Now, with the Republican candidate looking like a possible winner, he backed off earlier criticisms (saying his comparison of Trump’s tone to Mussolini and Hitler was taken out of context) and repeatedly stated his willingness to work with whomever the U.S. public elects.

Of course, he has no choice. As the presidents pointed out, $1.5 billion in trade and investment cross the border every day. The two countries need each other, but Mexico’s dependency on the U.S. is particularly notorious.

The North American Free Trade Agreement (NAFTA) is the main reason. Like leap year, NAFTA pops up every four years — when U.S. presidential candidates scramble to disassociate themselves from it.

NAFTA is especially toxic in critical blue-collar states, and there’s no getting around the fact that the agreement has been a disaster for U.S. workers. Although Trump portrays it as Mexico “winning,” it also hurt Mexicans, sending migration rates soaring in the early 1990s as small farmers were displaced en masse. Obama sunk Hillary Clinton’s boat in 2008 in part based on the Clintons’ support of NAFTA. As president, though, he turned around and promoted an expanded versión — the regional Trans-Pacific partnership, or TPP. Now the TPP may be on the ropes, as both Trump and Clinton have stated they oppose it. Trump has gone further, openly calling for renegotiation or cancellation of NAFTA.

At the press conference, the presidents walked a fine line between defending the trade relationship and avoiding providing fodder for the Trump fire. When Peña Nieto praised twenty years of NAFTA and plugged the Trans-Pacific Partnership as a continuation of that policy, Obama jumped in, stating, “We’ve learned from our experience in NAFTA what’s worked and what hasn’t.” He assured listeners that “a number of the provisions inside of the Trans-Pacific Partnership address some previous criticisms of NAFTA.”

Their united front on the issue became another opportunity to take a shot at the Trump platform: “Global integration is a fact,” Obama stated. “We’re not going to be able to build a wall around that.”

The presidents also made common cause on immigration, again with an anti-Trump subtext. Obama reiterated his commitment to comprehensive immigration reform, rebutting the Trump image of an unprecedented immigrant “invasion” by pointing out that rates of undocumented immigration were much higher during the Reagan and Bush administrations. For his part, Peña Nieto thanked the Obama administration for supporting the “35 million people of Mexican origin living in the U.S.” — a figure that highlights the Latino vote and changing demographics, but strikes fear in the hearts of Trump supporters.

One more point completed the Obama-Peña appeal to U.S. voters — a pledge to fight the heroin epidemic, which is a major campaign issue in some regions. “I applaud President Peña Nieto’s commitment to combating organized crime and for developing a new plan to curb poppy cultivation and heroin production,” Obama noted. They announced the creation of a high-level task force focused on heroin production and trafficking.

In the end, the mutual back-patting may not have done much to advance either president’s goals or stop the Trump momentum. Mexican Americans are not necessarily big Peña Nieto fans, and the nod of support to measures like the TPP and oil privatization could create distance rather than rapport with post-NAFTA economic migrants. The omission of human rights on the bilateral agenda alienates young Mexican Americans protesting Mexican government repression, and neither president seems to recognize growing skepticism around the joint drug war, which has dramatically increased violence in Mexico and driven hundreds to seek asylum in the United States.

The point is that that binational relationship is complicated. But when politics gets this polarized — and ominously visceral — real solutions vanish. The reality of the relationship today is neither the glowing scenario of the presidential summits or the doomsday scenario of the Trump camp. There’s a lot that needs to be fixed in U.S.-Mexico relations. But building border walls, spewing hate speech, and destroying migrant families won’t fix it.

Donald Trump is now leading in the polls. A Trump presidency would have grave repercussions for U.S. foreign policy throughout the world. But nowhere will it be more damaging than in the country that would be physically cut off by the new Imperial Walled Nation of the United States of America: Mexico.