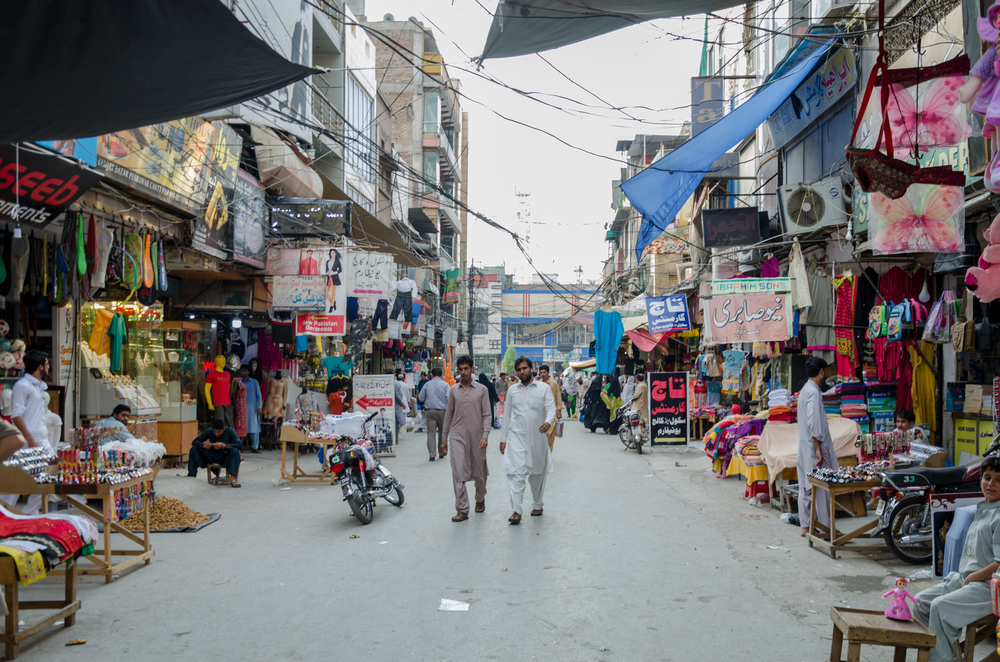 In Pakistan, the police killing of a Pashtun social media star stirred a popular uprising for democracy and demilitarization.
By Sajjad Hussain | July 25, 2018

Naqeebullah Mehsud, a 27-year-old Pashtun working in a textile factory in Karachi, wasn’t the first person to be detained and killed without legal process. The police randomly picked him up on January 3. He was one of four people that police claimed to have killed in an encounter 10 days later.

“Encounters” are a common practice in Pakistan, where military and police forces, frustrated by the inefficient judicial process, expedite their operations against criminal suspects and militant groups by disregarding the legal process. According to a report by the Commission of Inquiry on Enforced Disappearances, at least 1,532 people are missing.

At least some of these extrajudicial efforts are “fake encounters,” in which the police falsely label their victims as criminals or terrorists. The police claimed that Naqeebullah was an active member of Tehreek-e Taliban Pakistan (TTP), a notorious terrorist group, and that was enough for most Pakistanis to accept his death without question.

What happened next was a deviation from the norm.

The extrajudicial murder of several tribal Pashtuns had gone largely unnoticed. But Naqeebullah wasn’t only a Pashtun, a tribal Mehsud from ill-fated Waziristan, but also a loving father and an aspiring model with 14,000 followers on social media. Senior Superintendent of Police Rao Anwar had, for once, done something terribly wrong. By presiding over the killing of Naqeebullah Mehsud, he had destroyed the stereotype of the “Pashtun terrorist” that much of Pakistani society had so vehemently constructed.

Since January, family, friends, and colleagues have stepped up to demand justice for Naqeebullah Mehsud. The Supreme Court of Pakistan formed a joint investigation team to probe into the case.

The committee found Rao Anwar responsible for numerous fake encounters. Rao then went missing, avoiding his judicial hearing for over a month. While the administration was clumsily tackling this issue, the campaign on behalf of a single Pashtun victim gave birth to a movement.

At the heart of the longstanding war and violence in Afghanistan and Pakistan is the troubled region inhabited by Pashtun tribes along the border between the two countries. Pashtun men and children have long been caught up in the territorial and religious conflicts in this region.

Because of the legacy of British colonialism, this region has stayed beyond the jurisdiction of Pakistan’s constitution. Since British times, a notorious Frontier Crimes Regulation has been used to punish whole tribes and clans for the crimes of individuals. Pakistani generals have publicly claimed to use this territory as a “nursery for terrorists,” whom they trained in the 1980s and then sent over the border to help overthrow the Communist regime in Afghanistan.

Pashtuns have witnessed a rapid rise and fall in the levels of their political acceptance.

In 1985, a group of Arab and Pashtun men with beards and turbans visited the White House to meet President Ronald Reagan. Speaking to the press after the meeting, Reagan called them “freedom fighters” fighting an “evil empire.” He even labeled them the “moral equivalent of the founding fathers of America.”

After 9/11, however, the Pashtuns were reduced to “Islamist terrorists” — not only internationally, but also nationally within Pakistan.

Thus, for two generations, Pashtun men and children have been weaponized to wage jihad, to repel godless communists, and to defeat the anti-Taliban Northern Alliance in Afghanistan. They’ve been enlisted to fight for extremism and then for counter-extremism. Throughout Pakistan, terrorists were usually depicted as looking like Pashtuns — with beards and turbans. They were, in other words, subject to ethnic profiling.

The campaign demanding justice for Naqeebullah Mehsud soon challenged this ethnic profiling of Pashtuns. This approach resonated with millions of Pashtuns who have undergone humiliation at the security check posts and have been subjected to inappropriate and racist jokes by non-Pashtuns on campus and in workplaces. Pashtun renters have had a hard time finding apartments in cities, and major political parties often blamed Pashtun refugees — internally displaced from the tribal areas — for the problems of the cities. And the police and military forces, during counter-extremism operations, frequently picked up, investigated, detained, tortured, and at times killed Pashtuns.

These aggrieved Pashtun masses were soon joined by non-Pashtun progressive public scholars and political workers. Fueled by decades of grievances and inspired by the young and passionate leadership of Pashtun students, the campaign demanding “Justice for Naqeebullah Mehsud” transformed into the Pashtun Tahaffuz, or “Protection,” Movement, a full-scale socio-political movement to shield Pashtuns from Pakistani militarism.

Too Little Too Late

The Pashtun Tahaffuz Movement found a charismatic leader in young Manzoor Pashteen, who has effectively articulated a previously unheard narrative of the people of the troubled region. The movement has surprised the Pakistani establishment. The lack of diversity in the ranks of state advisors and policymakers, the low quality of social research, and the absence of freedom of expression all contributed to creating a blind spot among political commentators. But anger and resentment had been building up for decades.

The Pakistani state’s response to this movement has been a mix of shock, confusion, and even contradiction. Dozens of activists were detained in Adiala jail in Rawalpindi. The media spokesman for the Pakistani military has accused leaders of this movement of instigating the masses at the behest of Afghan intelligence. In his previous press conferences though, the military spokesman called Pashteen “angry but our kid” in an attempt to be accommodating and generous.

The military has in fact negotiated with the leaders of the movement and agreed to the initial few demands. Policymakers even met the longstanding demand of the people to abolish the Frontier Crimes Regulation and merge the tribal areas with mainland Khyber Pakshtunkhwa (KP), the adjacent Pashtun-dominated province, which will now bring those regions under the Pakistani constitution.

To the leaders of PTM, these offerings are too little and too late. They have moved beyond their initial demand of justice for Naqeebullah and now want militarism abolished in the region and the current security policy reversed. PTM is demanding the replacement of the country’s militarized foreign policy with a democratic, truly federal, supremely civil, and nonviolent approach.

What Not to Do?

The state authorities have been eager to negotiate with PTM leaders and somehow defuse or appease this movement. Although the state’s intention may be honest, it lacks understanding, consistency, and respect. Manzoor Pashteen isn’t finished yet. Momentum is still building up.

Social movements are a headache for all administrations. No ruling order wants a disruption in the status quo. Dissenting voices are accused of being anti-state and foreign agents. But, as with the U.S. civil rights movement, social initiatives of this sort make society stronger and the state more democratic.

It’s critical that the Pakistani state not attempt to crush PTM.

Seventy years ago, the dream of a welfare state that protects civil rights mobilized Muslims of the subcontinent to create a separate homeland, Pakistan. The transformation of Pakistan into a security state has cost its society tremendously, with tribal Pashtuns paying the heaviest price. Naqeebullah Mehsud was just one of the most recent victims.

But now, finally, tribal Pahstuns are pushing back. They want justice for all, not just justice for Mehsud and Rao.

Sajjad Hussain is a Rotary Peace Fellow at the University of North Carolina (UNC) and a New Leaders fellow at the Institute for Policy Studies (IPS). He tweets at @Changovski.