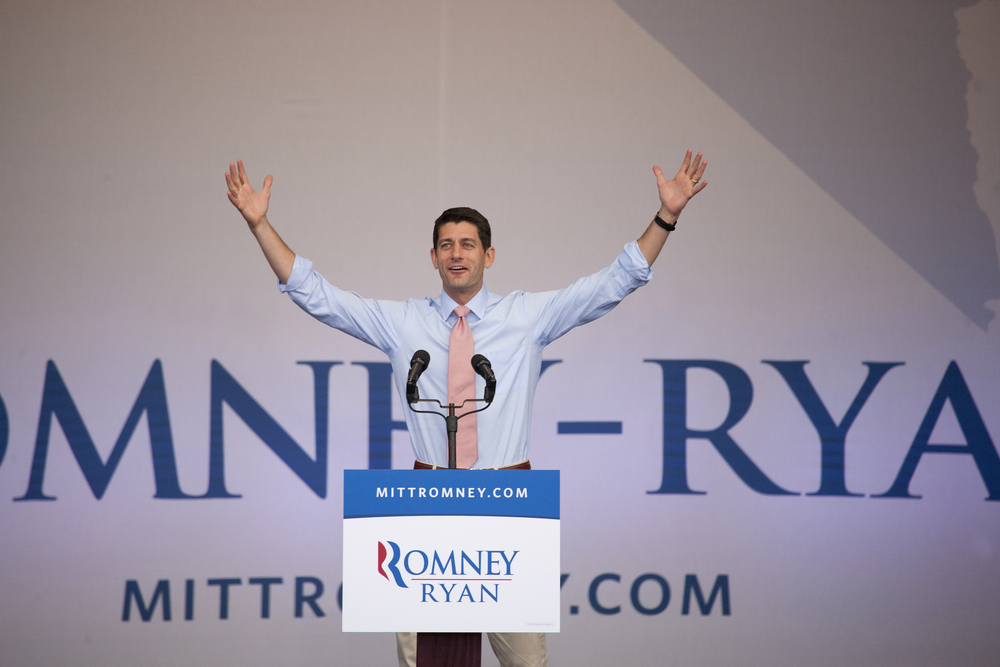 Paul Ryan Was a Villain And No One Will Miss Him

The outgoing House speaker’s entire career was a cash grab for billionaires, capped off by a low trick to literally starve children in Yemen.
By Peter Certo | December 20, 2018

Each New Year’s, my wife and I indulge one of our favorite traditions: the household purge. We scour our closets for stuff that’s just taking up space, quietly draining our home’s energy, and move it along. I can’t recommend it enough.

This year, America’s doing the same thing — and putting House Speaker Paul Ryan out on the curb.

For years, the ten-term Wisconsin Republican — who’s retiring as Democrats prepare to take over the House — enjoyed an improbable reputation as a “deficit hawk” and “deep thinker” about fiscal issues.

Year after year, as House budget chairman, Ryan would roll out his latest “blueprint.” He’d literally roll up his sleeves for the cameras and detail his latest plans to slash rich people’s taxes and scale back public services for everyone else.

For a while, mainstream liberals greeted Ryan as a serious interlocutor.

They treated his plans to privatize Medicare, eviscerate Social Security, and shred the safety net as valid viewpoints in the Adult Conversation they wanted politics to be. Even if you didn’t agree with him, they said, you had to admit Ryan “had a plan” to “deal with the debt.”

That scam propelled Ryan to the House speakership in 2015. Then the long con really took off.

For five straight years before Ryan took over, deficits had declined. By the time he gave his self-satisfied farewell, they’d increased by $343 billion — a product of Ryan’s tax breaks for corporations and millionaires, which will cost $2 trillion over the next decade.

Thanks to the very deficit he created, Ryan then left office warning that Congress needed to cut — you guessed it — Medicare and Social Security. (No doubt he’s still stinging from his 2017 failure to throw 24 million Americans off their health care — a feat of pure sociopathy he actually said he’d been dreaming about since he “was drinking out of kegs.”)

Ryan was never a serious thinker and he didn’t care about debt. He was a frat bro from a wealthy family who read a lot of Ayn Rand, a writer who called it “a disease” to do anything good for “the primordial savages” who made up “the collective” —  i.e., the public.

A bad model for public servants, if you ask me.

True to his training, Ryan presided over a massive cash grab by America’s billionaires and left the rest of us “savages” to pick at the scraps. No wonder Ryan never mounted that “principled conservative” challenge to Donald Trump in 2016 — on this they agreed entirely.

Ryan’s crimes go beyond what fits in spreadsheets. After signing off on over $700 billion for the Pentagon — no austerity for that agency, which has never passed an audit — Ryan concluded his speakership with an act of pure villainy. He tucked a provision into this year’s Farm Bill that prevented even a debate on ending U.S. support for the Saudi war in Yemen.

The UN calls that war the greatest humanitarian crisis on the planet. It’s caused over 85,000 children to starve to death. Almost miraculously, after years of inaction, the U.S. Senate just concluded a remarkable bipartisan vote to get the U.S. out of it.

In stymieing that effort with low procedural tricks, Ryan “used the Farm Bill to starve children,” as The American Conservative put it.

The silver lining is that Ryan’s villainy — like Trump’s — spurred the growth of powerful movements to expand health care, rebalance the economy, and get the U.S. out of immoral wars.  Lawmakers from those movements — Alexandria Ocasio-Cortez, Ilhan Omar, Rashida Tlaib, and others — and a new House majority can now get to work burying Ryan’s legacy forever.

No one who isn’t a billionaire — or a bombmaker — will miss him.