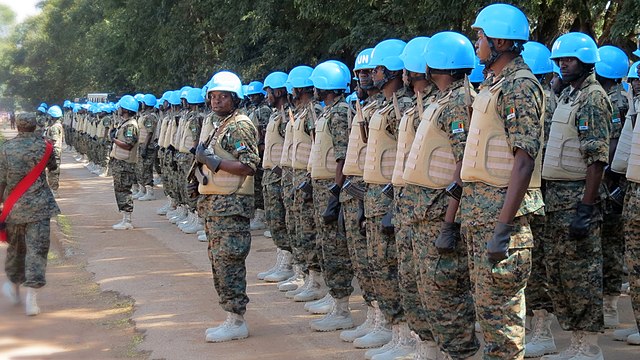 The Long, Troubled History of UN Peacekeeping in Africa

On September 18, 2017 UN Secretary General António Guterres said that sexual exploitation and abuse must end. Guterres spoke of the need for the UN to lead the way in eliminating the use of power and authority to engage in sexual exploitation. Speaking specifically of the UN, the secretary general acknowledged that both civilians and uniformed personnel of the UN had perpetrated violence against people in various crises where the UN is supposed to provide security or relief, not violate human rights.

UN Peacekeeping in Africa provides a thorough review of the history of UN peacekeeping forces in Africa, highlighting the many problems these operations have wrought on the countries where the Blue Helmets were serving. Kwame Akonor, associate professor at Seton Hall University, provides a critical view of the peacekeeping forces in a book published earlier this year. His researched history of the Blue Helmets sexual exploitation and abuse proves prescient in its recommendations for the UN to take responsibility for this history and change its conduct.

Akonor outlines first the history and nature of UN peacekeeping in Africa. A discussion of the often-mixed authority of UN missions with local and regional organizations sharing responsibilities for oversight of the missions is helpful to understanding the possibilities for problems to arise. His view that the peacekeeping missions must respect international human rights whatever the laws of the home country of the peacekeeper sets the tone for future chapters. His critique of past and current UN missions of combined responsibility with the Economic Community of West African States (ECOWAS), the Organization of African Unity (OAU), and its successor African Union (AU) are clear and sharp.

His book also examines the abuses of trust and violations of international human rights in Africa during the numerous UN missions on the continent. Over 40% of all UN peacekeeping missions have been in Africa and over half of missions since the end of the Cold War have been on the continent, Akonor points out. Thus, he examines these missions collectively with a broad look across all players and actions. He notes that simply because the missions are based in Africa does not mean that the Blue Helmets are necessarily from African countries, and that the importance of allegations is not different whether it be one incident or hundreds. Akonor examines four UN missions in Africa notable for the magnitude of the sexual exploitation and abuse involved. His analysis of the Congo mission dovetails well with the recent Associated Press report on the extensive abuse in the country related to peacekeeping forces.

Finally, Akonor looks at the official responses to the numerous allegations of misconduct by the Blue Helmets and the UN bureaucracy and then provides recommendations on how to move forward. He notes the disparate ways allegations and charges have been handled. Given that peacekeeping agreements are based in international law, the sending nation handles criminal cases involving their peacekeepers, not the nation where the violations occurred. Akonor argues for a special UN office for prosecuting alleged sexual exploitation and abuse, which would require sending nations to allow such cases to be tried at the International Criminal Court. He advocates for protections of UN whistleblowers, so systemic cover-ups cannot recur, as in the past. Akonor concludes with a call for collective responsibility for the actions of international peacekeepers, thereby setting an aspirational goal to maintain human rights and responsibilities for all concerned in these crises.

UN Peacekeeping in Africa is an extensive review into the actions of the Blue Helmets in Africa. Whether Akonor’s recommendations will fully make their way into UN or international policy remains to be seen. However, the recent UN acknowledgement of past sexual exploitation and abuse is a necessary first step to restoring respect to the Blue Helmets. In the meantime, this book is well a worth a read for those interested in the background to the recent UN calls for changes in peacekeeping.

Stephen Stratton is the head of Collections and Technical Services at the J.S. Broome Library at California State University Channel Islands. Professionally he works with the International Federation of Library Associations as secretary of the Indigenous Matters Section.