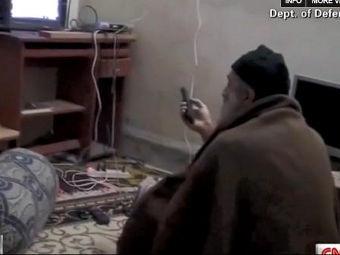 The false contradictions of bin Laden's life on the run.
By Fouad Pervez | June 8, 2011 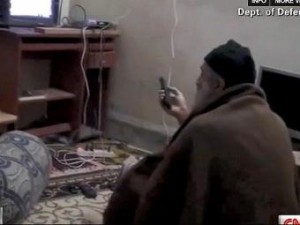 News sources have recently reported on an interesting assortment of materials at Osama bin Laden’s Abbottabad compound. Not only was bin Laden living far from any cave on the Afghanistan-Pakistan border, his house apparently had a large supply of Pepsi and Coke (inexplicably, Pakola wasn’t good enough), a significant stash of pornography, and marijuana plants on the property.

On the one hand, these findings appear to be almost too good to be true. Considering his supposed ascetic lifestyle and extreme interpretation of Islam, bin Laden’s possession of hese items seemingly contradict his supposed ascetic lifestyle and extreme interpretation of Islam, damaging his image in the eyes of current and would-be militants. Their supposed hero, in other words, was apparently a fraud. Some have argued the discoveries are pure Western fabrications, or the United States planted the materials in a propaganda campaign aimed at destroying what was left of bin Laden’s image after the Arab Spring showed a different way to combat Western-backed dictators.

But we should instead look in a different direction. The fact that bin Laden apparently embraced some aspects of Western culture isn’t necessarily a contradiction at all — he was only relevant because of politics, not culture. Similarly, some of the 9/11 hijackers visited strip clubs, drank alcohol, and gambled. This should serve as a dagger into the heart of the “clash of civilizations” argument that al-Qaeda was at war with Western values. This notion was always ignorant at best. Although culture may have played a role as an organizing mechanism, it was not the main causal explanation for al-Qaeda’s founder. If there is a cultural aspect at all, it is much more nuanced and complicated.

Cultural claims are often used in attempts to explain political phenomena. This is done to blame behavior on being a certain type of person — for instance, Muslims, Arabs, Jews, African Americans, and so on. Because a high percentage of Muslim countries are authoritarian, we are told “those people” cannot have democracy because it is not in their culture to live in an open and free society. The popular media widely uses this reductionist approach.

But cultural explanations usually fall apart when scholars actually test them. It is almost always the case that the correlation goes away once social scientists control for other important variables, such as poverty, education, or occupation. These other variables usually explain the connection, not culture. Examining issues through the lens of culture is thus insufficient. If poverty is actually the cause of a problem it should be addressed, rather than chasing the bogeyman of “culture.” The use of cultural arguments often leads to improper policy solutions, including continued support of Middle Eastern dictators, neglecting widening income gaps in strategically important countries, focusing on military aid over civilian aid, and preferring public relations to actual negotiations over key political issues.

This is not to say that culture plays no role — it almost certainly does. But culture is very difficult to define, thus making it very difficult to test. Is there a Muslim culture, for instance? Possibly, but it’s impossible to define what constitutes said culture — and good luck trying to figure it out.

More often, culture is misidentified. A unique culture channeled by extremist groups has indeed riled up average Pakistanis in response to bin Laden’s death, but it’s not a Muslim culture. It’s a culture based on poor education and poor civic institutions, combined with extreme or flat-out incorrect interpretations of religious texts. There may be a high correlation between that culture and Muslims, but that does not make it a Muslim culture. Many American right-wingers are arguably in the same boat, with the main difference being that they can pressure their government to implement a hawkish foreign policy, whereas similarly extremist Pakistanis turn to al-Qaeda or the Pakistani Taliban. We need to be wary of proposing macro-cultures when micro-cultures are far more accurate. It is not surprising that when we try to examine a wider, overarching culture, like religion or ideology, we find numerous cases of hypocrisy, such as bin Laden’s stash, Ted Haggard’s male prostitute and crystal methamphetamine habit, or rich factory-owning Marxists.

In terms of bin Laden and al-Qaeda, we were frequently told their issue with the United States was cultural as the Bush administration’s assertion that “they” hate “our” values and lifestyles. This argument flies in the face of a litany of evidence and statements that clearly emphasize political grievances, including the presence of U.S. troops in Saudi Arabia and U.S. support for corrupt and brutal dictators throughout the Muslim world. Yes, culture is used as an organizing mechanism and is an effective recruiting tool for new members. But there is a big difference between organizing mechanisms and organizational goals. If al-Qaeda’s beef was over culture, why did it choose to attack political and economic symbols rather than cultural symbols like the Playboy mansion or McDonald’s restaurants? And how is it possible that American Idol is not constantly under siege by al-Qaeda operatives?

The items found in bin Laden’s compound are more important than as mere comedic material. They should force us to reconsider cultural arguments about the “war on terror” and al-Qaeda. Should we really be shocked that bin Laden had an interest in some of these things? If we listened to cultural arguments thrown around for the last decade, then the answer to the previous question is yes. But that is part of the problem: the cultural argument should have been widely discredited by now, had the press done an adequate job in pointing out its flaws. More importantly, the current focus on using porn, pot, and Pepsi to discredit bin Laden is problematic because culture was never really his modus operandi. Because the clash has been over politics, and not culture, we need to reevaluate our foreign policy and not our public relations. The United States needs its leaders to think about aid policy and support for dictators instead of resorting to Islamophobia in political campaigns.

The Arab Spring has shown the world that Muslims are clearly supportive of democracy and are willing to use non-violent means in attempts to overthrow their authoritarian rulers. This alone should demonstrate that there are serious problems with the view that there is a fundamental clash of civilizations between Muslims and the West. The discovery of bin Laden’s bizarre stash should serve as yet another reminder that even the most extreme and violent militants care primarily about politics, not culture.

Fouad PervezFouad Pervez is a contributor to Foreign Policy in Focus, where he writes on international politics, economics, and security. He is currently pursuing his PhD in International Relations. Fouad is a writer and policy analyst, and founded the blog and talk show There is No Spoon. Click here to listen to the recent episode on the death of Osama bin Laden. He can be reached at fouad0 at gmail dot com