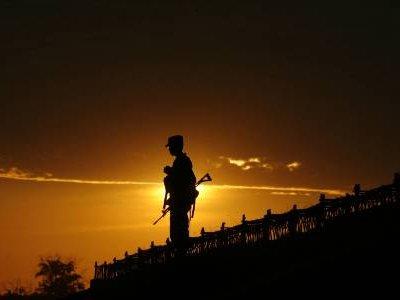 Peru Confronts Its Past

Peru is grappling with a host of issues stemming from its violent struggle against insurgent movements.
By W. Alex Sanchez | August 28, 2012 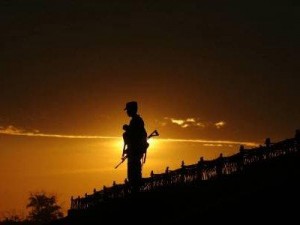 Nations trying to come to terms with violence from their recent pasts have a difficult road ahead, and the Andean country of Peru is no exception. The country is grappling with a host of issues stemming from its violent struggle against insurgent movements in the 1980s and 1990s. In the short term, such challenges include determining the fate of individuals –– teachers, for example ­­–– who were prosecuted for terrorism charges and have since served their jail sentences. In the long term, questions have emerged about how the country should teach Peruvian youth about this dark period in their country’s history. Finally, in the background, there is a growing debate regarding what limits, if any, should be placed on organizations and individuals that sympathize with these guerrilla movements.

An Age of Insurgency

From the early 1980s through the mid-1990s, the Peruvian government clashed with two insurgent movements, the Movimiento Revolucionario Tupac Amaru (Tupac Amaru Revolutionary Movement, or MRTA) and the Sendero Luminoso (Shining Path). At the height of its power, the MRTA probably had around 500-800 active fighters, while the Shining Path’s combatants numbered around 1,000. But both organizations claimed numerous supporters, sympathizers, and informers who were not necessarily combatants.

The roots of the conflict grew from Lima’s historical neglect of large portions of the country’s underdeveloped periphery, especially the indigenous regions of the Andes and the Amazon. Peru has historically suffered from chronic poverty, with rates reaching up to 60 percent of the population ­­–– sometimes even higher in neglected regions. It is in this context that MRTA and the Shining Path emerged. Their respective leaders, Victor Polay Campos and Abimael Guzman Reynoso, promoted the overthrow of the government in Lima and the installation of a Marxist or Maoist (respectively) new regime. Unsurprisingly, both Polay Campos and Guzman Reynoso saw themselves as the future leaders of the country (Guzman was also known as Presidente Gonzalo).

Due to major military setbacks, including the capture of their leaders in 1992, both groups’ power and areas of control quickly declined during the 1990s. The MRTA’s last major operation was in 1996-1997, when commandos took control of the Japanese embassy in downtown Lima for 126 days, holding captive dozens of high-profile individuals. The Shining Path has two heavily weakened remaining factions, one in the region known as VRAEM (Valley of the Apurimac, Ene, and Mantaro Rivers) and the other in the Huallaga region, which straddles the Andes and the Amazon.

The problem for Lima now is not just the continuing existence of the Shining Path, now widely regarded as a narco-terrorist organization due to its heavy involvement in cocaine trafficking, but the existence of organizations deemed sympathetic to it—like the Movimiento por Amnistia y Derechos Fundamentales (Movement for Amnesty and Fundamental Rights, or MOVADEF) and a political group known as Patria Roja.

MOVADEF was created by Alfredo Crespo, who is also Abimael Guzman’s lawyer. The group’s goal is to free Guzman and other individuals accused of terrorism, whom MOVADEF considers to be “political prisoners.” The group has twice attempted to register as a political party, but the Peruvian government rejected it each time, leading Crespo to decry the government’s “antidemocratic tendencies.” MOVADEF has gained supporters among young Peruvians who are too young to remember firsthand the group’s war on the state.

A July report in The Guardian quoted Vania Rimarachin, a young MOVADEF member, as saying “the only man in the world who can solve our problems is Abimael Guzman.”

Meanwhile, Patria Roja, a group with suspected ties to the Shining Path, has seen some of its supporters in small political parties elected to some important political offices, such as the presidency of the Puno region. In a recent interview, a Patria Roja leader declared that his group was “at war” with the Shining Path, as numerous PR members have been killed by the insurgent group. The group also seems to have some influence in the powerful Syndicate of the Peruvian Union of Education Workers, or SUTEP, which has been tied to the Shining Path in the past. Some Peruvian analysts have argued that the Shining Path may be using Patria Roja as a way to leverage its influence over SUTEP and other labor union movements.

Other analysts have mused that Patria Roja’s ultimate goal is, like MOVADEF’s, to free Guzman. Although it’s highly unlikely that the relatively marginal group could pose a serious challenge to the powers that be, the mere possibility of Patria Roja gaining more influence and power in Peruvian politics presents an alarming scenario for the government, military, and large sections of society in general.

Some prominent Peruvians from outside the political realm have also been criticized for suggesting support for the Shining Path. Recently, Peruvian designer Maximo Laura gave an interview to the daily La Republica in which he called the Shining Path “one of the most important movements that we have had, historically speaking, as it was a project that could have changed Peru.” The statement was not well received in official circles, and Peru’s Tourism Commission demanded that the designer explain what he exactly meant. Facing public scrutiny, Laura publicly declared that he is against the Shining Path and any violent group, adding that he considers Abimael Guzman a terrorist.

The education of Peruvian youth adds yet another layer of complexity to Lima’s quandary as the government struggles to find the best ways to discuss the issue in its classrooms. In early January, before the beginning of the school year, the Peruvian daily Expreso alleged that textbooks set to be sold to high school students contained pro-insurgent messages. The paper highlighted, for example, the books’ use of the controversial term resistencia campesina (“peasant resistance”) to refer to the insurgency, rather than one of a host of more derogatory terms. There is also a debate regarding how the findings of the Peruvian truth and reconciliation commission should be taught, particularly over how many of the approximately 70,000 deaths that occurred during the war should be attributed to the Shining Path and the MRTA and how many to the government.

Beyond the textbooks, a considerable controversy has also emerged over the teachers who use them, with several officials speaking out against the rehiring of teachers who have served jail sentences for terrorism charges. In July, Peruvian Education Minister Patricia Salas declared that there are as many as 137 individuals who have been accused of terrorism charges currently working in education centers. Other reports put the number at 802. The head of the Peruvian judicial system, Cesar San Martin, declared that he finds it “perfectly reasonable” that teachers sentenced on terrorism charges should not be allowed to teach again, comparing it to prohibiting individuals charged with corruption from becoming public servants. Fernando Rospigliosi, a former minister of the interior and a current member of congress, has declared that, “a person that gets out of jail deserves to work, but not this kind of work, educating children and probably fomenting ideas against democracy.” However, Hector Lama, president of Lima’s Superior Court, disagrees. “There is no judicial or constitutional impediment that prohibits someone who has carried out their sentence for terrorism from regaining their civilian rights,” the judge said.

The charges against these individuals range from being suspected members of the Shining Path to being actual combatants. The debate raises several questions central to the freedom of expression and employment. Is it ethical to prohibit teachers who were arrested on terrorism charges from educating the Peruvian youth again? Does this allow unlawful or excessive limits on their rights, and does it thwart their attempts to successfully reintegrate into Peruvian society?

Other countries that have faced insurgent movements, such as Colombia, have had a historically mixed record reintegrating former combatants. One the one hand, the authorities are often disinclined to admit their former rivals as legitimate political competitors. For example, Carlos Pizarro, leader of the M-19 guerrilla group that demobilized in the late 1980s, was murdered when he ran for political office. But the major challenge for demobilized troops is that they will once again turn to a life of violence due to the lack of employment opportunities as they try to rejoin civilian society. An academic from the NGO Nuevo Arco Iris estimates the rate of demobilized paramilitaries returning to a life of crime at about 20 percent, and the rate for former FARC members at 10 percent. In light of these kinds of difficulties, the Spanish government has created a new policy called reintegracion individualizada (“personalized reintegration”) to deal with members of the Basque separatist group ETA who surrender.

The government must educate Peruvian youth that both the Shining Path and the MRTA were violent insurgent movements that were responsible for most of the deaths that occurred during their war on the state, including several massacres (like in Lucanamarca in 1983) and other major human rights violations. Certainly, the Peruvian government and military carried out their share of violations as well (many by dictator Alberto Fujimori’s infamous death squad, the Grupo Colina), and these deserve attention as well. Moreover, the societal origins of the two insurgent movements—namely, the prevalence of extreme poverty and a lack of government interest in Peru’s indigenous regions—must also be taught. Yet in a heavily politicized climate, this is not an easy balance to reach.

The government has proposed a new law that will penalize individuals who either deny or approve acts of terrorism. Lima maintains that this will not violate freedom of speech in the country, but rather aims to protect society from Shining Path propaganda. The proposal comes not only amid MOVADEF’s continuing campaign to become a political party and the ongoing controversy over insurgent-associated teachers, but also as the Shining Path continues its violent operations. Only weeks ago, in mid-August, Shining Path insurgents ambushed an army patrol in the VRAEM, killing five soldiers and injuring another five. Certainly, the Peruvian government faces years of challenges as they work toward the potentially conflicting goals of protecting personal freedoms, ensuring unbiased public education, and curbing ongoing acts of terrorism.

With four years remaining as president, one can only hope that President Ollanta Humala, himself a veteran of the army’s campaigns against the Shining Path—for which the country’s opposition media outlets have accused him of human rights violations—has learned that beating guerrilla organizations requires both military might as well as initiatives for development and education.