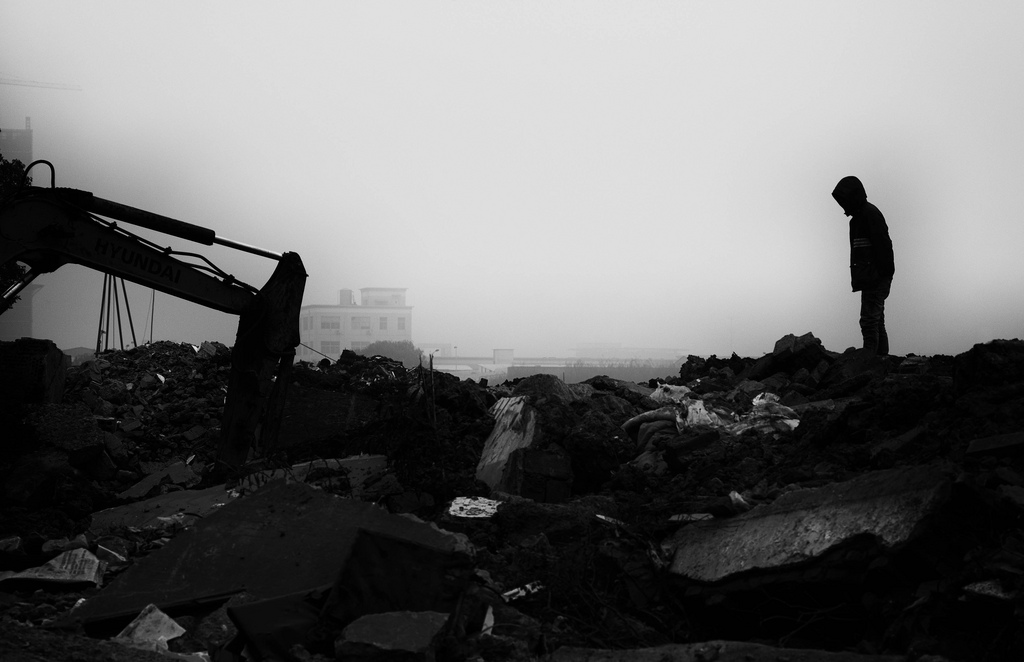 Thomas Piketty's Capital is an extremely important contribution to the study of economics and inequality over the last few centuries. But because it fails to address the real limits on growth—namely our ecological crisis—it can’t be a roadmap for the next. (Photo: Dai Luo / Flickr)

By now, it’s no secret that French economist Thomas Piketty is one of the world’s leading experts on inequality. His exhaustive, improbably popular opus of economic history—the 700-page Capital in the Twenty-First Century—sat atop the New York Times bestseller list for weeks. Some have called it the most important study of inequality in over 50 years.

Piketty is hardly the first scholar to tackle the linkage of capitalism with inequality. What sets him apart is his relentlessly empirical approach to the subject and his access to never before used data—tax and estate records—that elegantly demonstrates the growing trends of income and wealth inequality. The database he has compiled spans 300 years in 20 different countries.

Exactingly empirical and deeply multidisciplinary, Capital is an extremely important contribution to the study of economics and inequality over the last few centuries. But because it fails to address the real limits on growth—namely our ecological crisis—it can’t be a roadmap for the next.

In essence, the investor class makes money from money, without contributing to the “real economy.” Piketty demonstrates that after adjusting for inflation, the average global rate of return on capital has been steady, at about 5 percent for the last 300 years (with a few exceptions, such as the World War II years).

The rate of economic growth, on the other hand, has shown a different trend. Before the Industrial Revolution, and for most of our human history, economic growth was about 0.1 percent per year. But during and after the rapid industrialization of the global north, growth increased to a then-staggering 1.5 percent in Western Europe and the United States. By the 1950s and 1970s, growth rates began to accelerate in the rest of the world. While the United States hovered just below 2 percent, Africa’s growth rates caught up with America’s, while rates in Europe and Asia reached upwards of 4 percent.

But as Marx observed in the 19th century, economic growth did little to reduce inequality. In fact, as Piketty demonstrates, wealth has grown ever more concentrated in the hands of the few, even as the pie has gotten bigger. Piketty developed a simple formula to illustrate how wealth gets concentrated: when the average rate of return on capital (r) is greater than the rate of economic growth (g)—in mathematical terms, when r > g.

Through the 19th and early 20th centuries, according to Piketty, the rate of return on capital exceeded that of growth, and inequality blossomed in the industrialized world. But in the 1950s, this trend began to shift—not because of redistributive economic policies, but rather as a consequence of historical calamities in the preceding decades. During this time, aggressive social, economic, and tax policies were ushered in by devastation and destruction.

With these policies set in place, the recovery efforts after the Second World War accelerated growth, which for the first time in recent history exceeded the rate of return on capital—that is, g > r—creating a middle-class.

This was the period when economists and policymakers developed a fetish for economic growth, thanks in part to Simon Kuznets, an influential Belarusian-American economist.

Looking at data spanning from 1913 to 1948, Kuznets concluded—mistakenly, according to Piketty—that in the aggregate, economic growth automatically reduces income inequality. Kuznets argued that a rising tide of industrialization would at first create greater inequality as populations were left behind, but once they began to adapt to the new economic conditions, they would eventually gain access to more wealth as they became fully integrated in the new economic model—in essence closing the wealth gap.

It turns out, though, that the rich just keep getting richer.

In Capital, Piketty rigorously applies Kuznets’ analysis to a larger dataset and debunks the argument for perpetual growth. Instead, Piketty concludes that industrialization without any enforceable progressive taxation has actually created greater inequality.

Piketty thus forces liberal and conservative economists alike to rethink their models of growth. But if growth isn’t the answer, what is?

The Limits of Growth

Piketty prescribes a few remedies. But he does not take into serious consideration the limits to growth. He is a traditional Keynesian in this regard, which may be his biggest flaw.

Piketty’s solutions focus more on taxing egregious levels of wealth concentration than on the systemic conditions that incentivize the desire to accumulate egregious amounts of capital in the first place. He seems to believe that pushing tax rates high enough will deter CEOs from pursuing millionaire salaries, and that this can be done without hindering growth. The first is unlikely, and the second misses the real problem with growth.

Piketty spends about four pages of his 700-page tome talking around the limits to growth, but he fails to adequately address the fact that limitless growth—i.e., consumption—is completely unsustainable on a finite planet. Recent reports from NASA, the Intergovernmental Panel on Climate Change, and the U.S. government’s National Climate Assessment conclude that the planet cannot continue on the same path of economic growth if it is to sustain human life.

What this means is that it doesn’t matter if we implement a progressive tax on capital because our planet will not sustain forever a growth rate of even 1 percent annually. A dead planet will support neither high earners nor tax collectors.

Towards a New Economy

All this leads to a larger conundrum.

On the one hand, we have extreme inequality, where many live on less than $2 a day while others have so much wealth that it would require several lifetimes to spend. On the other hand, we have a climate crisis that has imposed limits to growth, so we can’t grow our way into shared prosperity.

The traditional approach to inequality is to bring down those at the top while raising up those at the bottom. But to what level should we bring people, considering our finite planet?

Do we want everyone to live a mythical American middle-class lifestyle? Where every family of four lives in a two-car-garage home with a TV in every room, and every family member has a smart phone, tablet, and computer? Where they take a vacation to the other side of the globe once a year, and send their children away to a university and buy them a car when they are of age?

Is this the standard of living we want for every person on the planet? Obviously it can’t be—it would require at least five Earths.

Piketty is right that our political economy favors the growth of inequality, and that inequality in turn poisons our politics. But while we should aspire to create a society that shares its prosperity, we need to address a much bigger gap than the one between rich and poor. We need to address the gap between what’s demanded by our planet and what’s demanded by our economy.

At the center of the rapidly growing New Economy Movement are ecological balance, shared prosperity, and real democracy. If we can’t find a way to build all three, then the only economy worth measuring is the number of days we have left.

Thankfully, the New Economy Movement is seriously considering the four-fold systemic crisis—ecological, economic, social, and political—to identify a just transition to the next system. Piketty can show us part of the problem, but he can’t show us how to solve it on his own.

Noel Ortega is the coordinator of the New Economy Working Group at the Institute for Policy Studies.