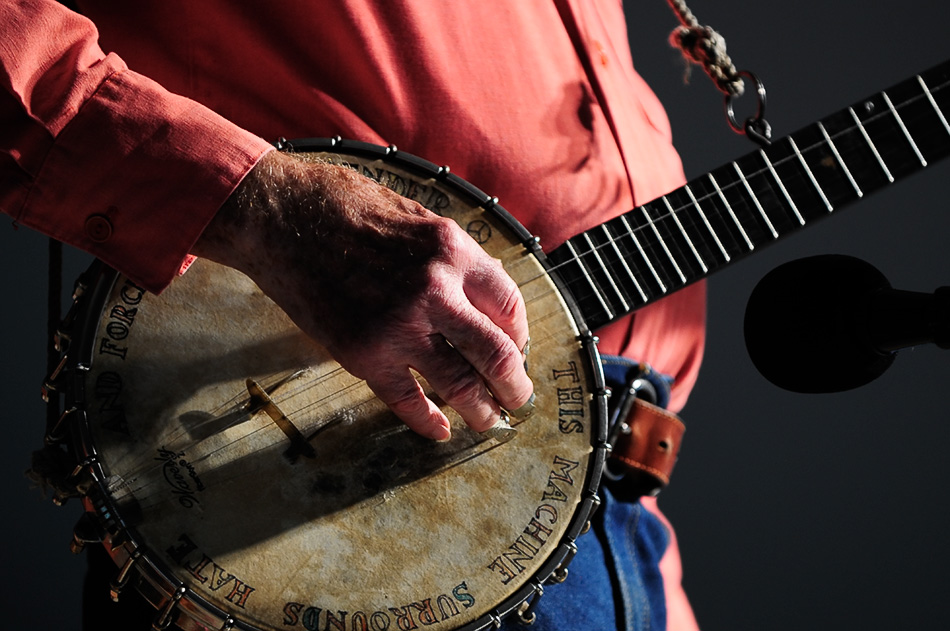 A poet remembers Pete Seeger and her father.
By Kathy Engel | January 31, 2014

Originally published in Split This Rock.

When Pete sang at the Lincoln Memorial I called to ash.
I had played Pete as your last breath slipped out,
the rest of you already gone.
Pete ushered you; your hero sang for the man
whose name you spoke the week you died:
Obama, you said, sipping water,
I believe something is happening, don’t you?
Pete with his grandson who lived in Nicaragua,
the country we loved in its burning birth, Pete
who wouldn’t testify, Pete Civil Rights, Pete Peace,
Pete 1199, Pete this land, our land—
Pete Clearwater, Pete and Toshi, Pete and
Brother Kirkpatrick, Pete and June reading poems
at the UN Rally circa 1983, Pete the unwavering
for all who were taken, all who picketed and as Pete said
for the young people who taught us not to be afraid
those Montgomery sit-in days, Pete in his power,
in the place of power, suspenders and banjo, train
chug of workers belting out a new old gusty day, ghosts
of resistance swaying past the monument, feeding
the hungry crowd, this day when Pete sang
at the Lincoln Memorial I called to you
who took a bus alone to D.C. at 80 to protest:
I called to your ash, Dad, who took me there first.
Originally published in Adanna. Used by permission.

A biennial national gathering of poets, activists, and dreamers, Split This Rock calls poets to the center of public life and celebrates the transformative power of the imagination.