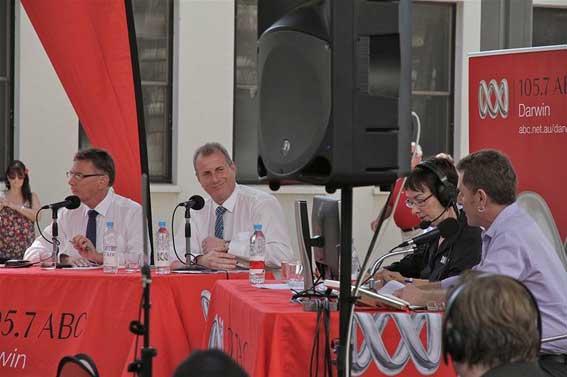 Australian politicians are discovering the perils of treating their country like a U.S. military base.
By Graeme Dunstan | September 27, 2012 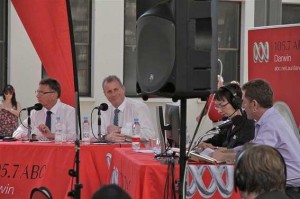 When the first contingent of 250 U.S. Marines flew into Darwin last April, they were greeted on the tarmac with a personal handshake by Australian Defense Minister Stephen Smith and welcomed to the city by the Chief Minister of the Northern Territory (NT), Paul Henderson. Both men are members of the Australian Labor Party (ALP).

When the Marines’ rotation finished in August, U.S. ambassador Jeffery L. Bleitch and the Commandant of US Marines, General James Amos, came to Darwin to do a PR jig and celebrate its success — a success measured, it seems, as the absence of riots and major crime.

But there was another notable absence: crowing ALP politicians.

It was two weeks out from the NT elections and, with the tides of fortune turning against the ALP all across the land, the ALP electioneers had turned cautious.

In April they had been buoyed by a poll from the right-wing Lowry Institute, which claimed that 73 percent of Australians supported U.S. Marines being based in Darwin. But now they were not quite so certain.

A Base by Any Other Name

Only days before this PR stunt, a report to the U.S. Congress had recommended a U.S. naval base be built for a nuclear carrier task force at Stirling, near Perth in Western Australia (WA). Opposed by both the WA premier and the ALP opposition leader, such was the national repugnance that overnight Defense Minister Smith changed his language from “nothing definite but maybe in the future” to “definitely not! No U.S. bases!“

But what about Darwin?

The U.S. Marines in Darwin, he claimed, do not constitute a base. Rather, they inhabit a “joint rotational facility” at an existing Australian Army base. Which makes the Marines sound as harmless as an inter-service waltz club, or maybe a circle of pot smokers.

The Marine base issue dogged Henderson throughout the election campaign. Why was there no parliamentary debate about Darwin becoming a garrison town for 2,500 Marines or more, he was asked? How long will they be there? Why was there no consultation with Darwin’s people?

From the outset the Henderson campaign had dropped all reference to its ALP origins. He was Henderson of Team Henderson. But there was no hiding the ALP weasel words about the U.S. Marines. Every time he tried to explain the U.S. base away, Team Henderson bled credibility.

With a 5.1-percent swing, Terry Mills’ Country Liberal Party, which had been so fractious and dippy in opposition that even the local Murdoch-owned daily newspaper had predicted its defeat, won the election.

Mills had been no less loyal than Henderson when it came to saluting the U.S.-Australia alliance, but he had added a genuine personal note of concern.

On a recent visit to Indonesia, he told his audiences that he had been surprised by the number of Indonesians who expressed concern about the presence of the U.S. Marines in Darwin and alarm at Australia’s supine acquiescence to it. Now in office, he is determined to build fraternal ties between Darwin and Jakarta independently of the feds.

Kingdom for a Base

Four years ago, all eight states and territories of Australia had ALP governments. The loss of the last of them bodes ill for the already unpopular ALP government in Canberra.

Led by Kevin Rudd, the ALP had been swept to power in 2007 on the wave of electoral revulsion with former Prime Minister John Howard — the man who committed Australian troops to the Iraq and Afghan wars in defiance of some of the biggest protests Australia had ever seen.

But in much the same way as U.S. President Barack Obama made George W. Bush’s wars his own, Rudd not only upped combat troops in Afghanistan from 1,100 to 1,550 but also increased defense spending by an astounding 40 percent. After current Prime Minister Julia Gillard deposed Rudd in 2010, she in turn made Rudd’s militarism her own.

Though the polls consistently show that about two in three Australians want the troops home, Gillard has stubbornly stuck with the NATO script: training forces out in 2014, but special forces to stay indefinitely. Not even the recent deaths of five Australian could sway her loyalties to the U.S. war.

Now her worries are compounded by the blowback against the U.S. Marine base at Darwin, which will dog her in the run-up to the November 2013 federal elections.

As a sign of how sensitive Gillard’s campaign managers have become about the issue of U.S. bases and the prospect of U.S. joint command of troops at Australian bases, the government recently let a major turning point in the history of the U.S. alliance go by uncelebrated.

An Australian major general, Rick Burr, was appointed deputy commander of the U.S. Pacific Command, which includes 60,000 soldiers—almost twice the size of the Australian army—with an area of interest stretching from Hawaii to the western border of India, and from the Antarctic to Mongolia. Gillard’s government said almost nothing.

But voters are showing they have a contempt too deep. Gillard is facing the prospect of not only being driven from the prime minister’s office, but also, like the reviled Howard before her, of losing her seat and being driven from Parliament altogether.

The cost of the ALP’s unquestioning submission to the demands of the U.S.-Australian military alliance is proving to be the marginalization of the party and the opening of a new era of political volatility.