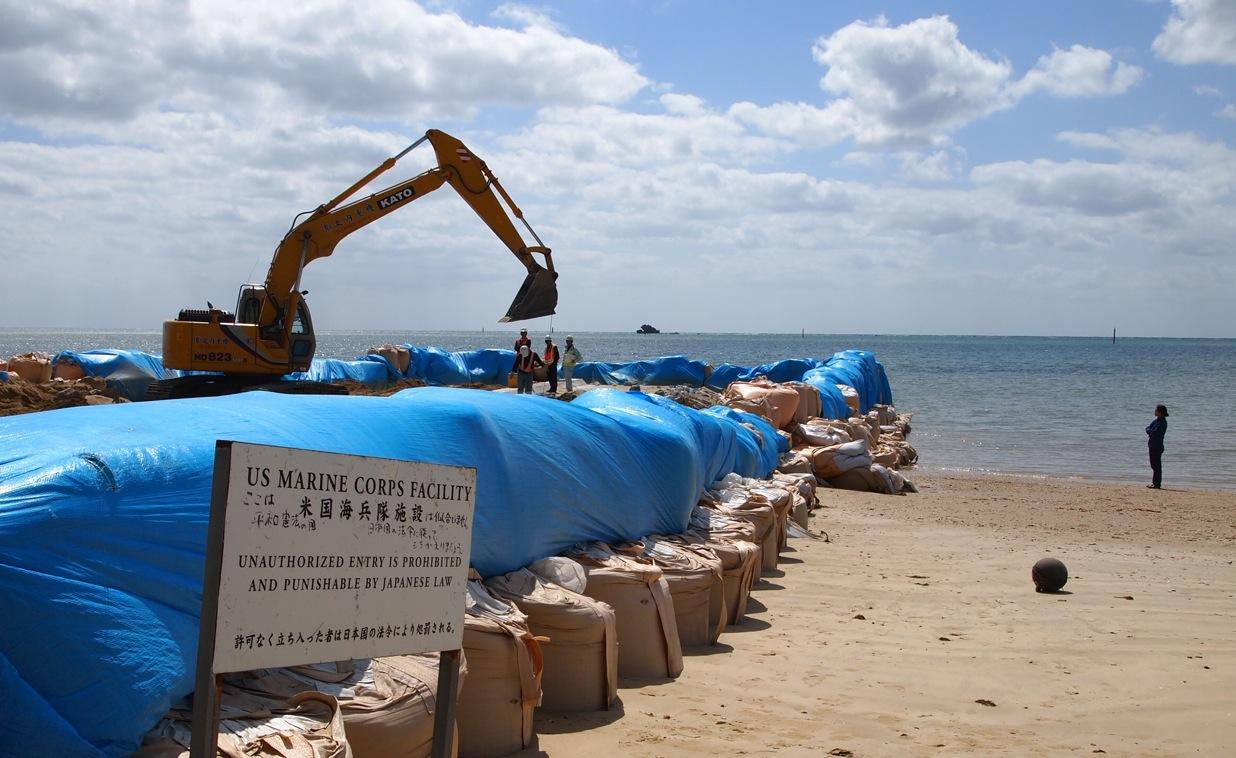 While the world's attention is focused on the aftermath of the Japanese earthquake and tsunami, the construction of a new U.S. military base gathers steam in Okinawa.
By Jon Mitchell | March 23, 2011 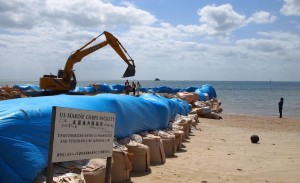 The devil makes work for idle hands, but the people of Okinawa never guessed that the devil would act so quickly in the case of Kevin Maher. The day after the senior U.S. State Department official was fired for denigrating the islanders as lazy and manipulative, a massive earthquake struck the mainland – resulting in Maher’s overnight rehabilitation into one of Washington’s key players in its aid mission, Operation Tomodachi.

The Department of Defense has been busy all week feeding copy to the media on its undeniably heroic work in northern Japan. However that same press machine has been slower to report on another of its military projects currently underway in Maher’s former stomping ground of Okinawa. Since January 2011, the Okinawa Defense Bureau has been building a 50 million yen ($600,000) barrier between Camp Schwab and the public beach at Henoko. The concrete wall replaces the ribbon of barbed wire that became emblematic of the local residents’ seven-year sit-in movement to prevent the construction of a new air base over the fragile bay. Busloads of visiting school children used to tie messages of support to the wire, citizens’ groups hung banners – and the fence formed the backdrop for the annual Peace Music Festa.

Both the Japanese and US governments are remaining silent as to the purpose of its new barrier, but in the nearby sit-in tent, protesters are sure. According to one elderly man, “After they’ve finished building that wall, they’ll be hidden from sight. And then they’ll be free to do whatever they want.”

In addition to the barrier, the U.S. military has recently embarked on an array of other projects on Camp Schwab, including new administrative buildings and plans for a deep-water port for loading ammunition. These changes suggest that both Washington and Tokyo are confident that they can close the old Futenma airbase and build its replacement in Henoko.

Despite their anger at the construction work, the members of the sit-in have decided not to oppose the construction of the new barrier. Many of them sympathize with the financial plight of the laborers. “We know they oppose the bases, too, but they need the money,” said one of the sit-in’s members. “They receive 8000 yen ($100) a day for their work – and that’s a lot during tough times like this.”

Henoko’s already-depressed economy was dealt a blow last December when Tokyo declared that it was withholding millions of yen in base-hosting subsidies due to the area’s refusal to collude with its plans to relocate Futenma. However, the protestors’ personal money troubles were far from their thoughts as they listened to the radio announce the latest death toll from the earthquake and tsunami.

Everybody was adamant that the new wall’s 50 million yen budget would be put to much better use in the devastated region. One elderly member seemed to disagree when she said that she wished the military success with its new buildings. Pausing for effect, she added, “Then the United States should get out of Okinawa and hand over all those big bases to the tsunami’s survivors. They’re the ones who really need housing right now.”