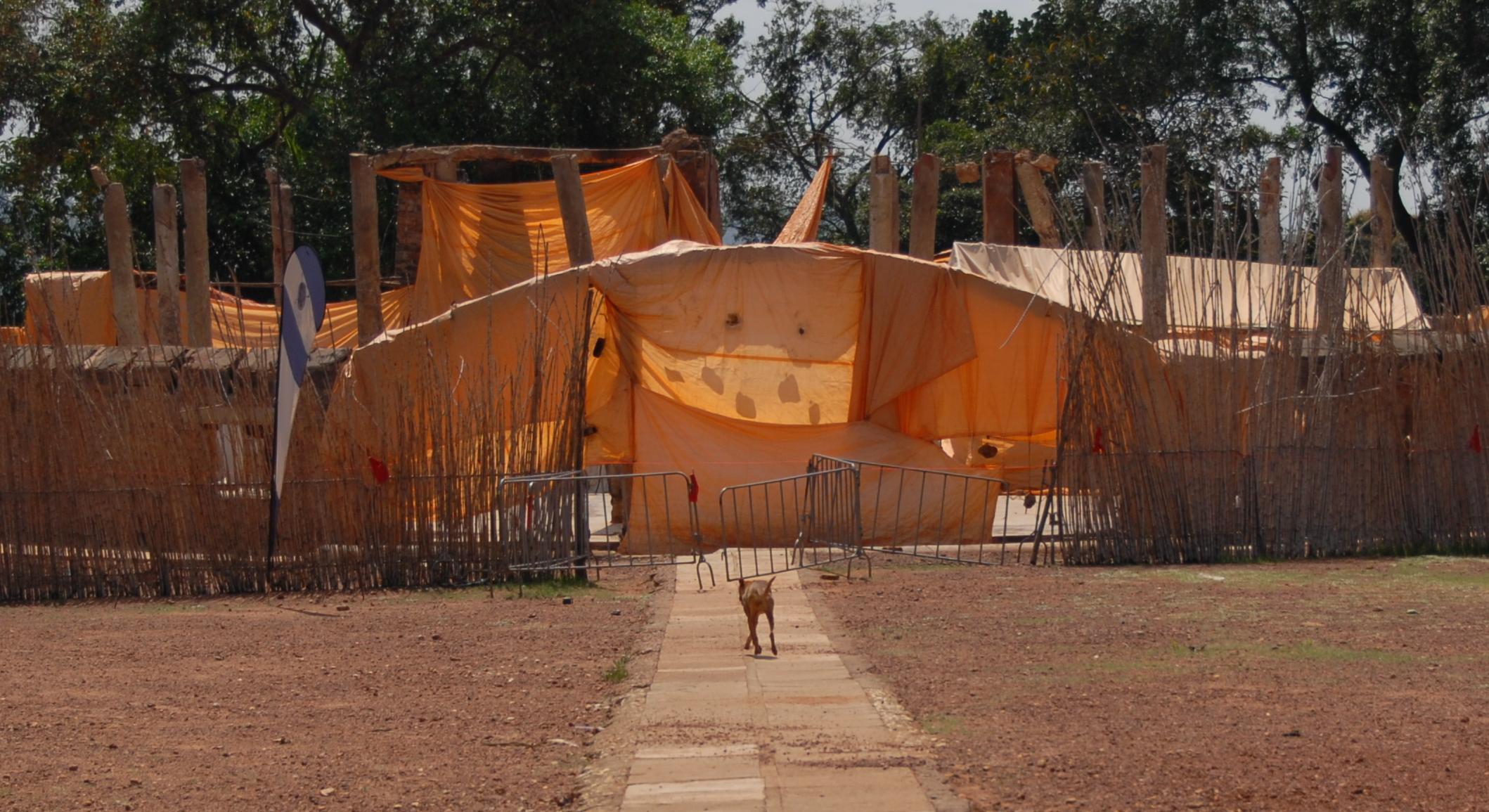 To drive in Uganda’s capital is close to impossible. It is a madness of deep and treacherous potholes, dust, winding streets, beggars that overflow to the roadways. So I leave my car at the hotel and hire a driver to take me to the Kasubi Tombs that burned to the ground earlier this year during riots and tribal violence.

Things do not go smoothly. After only two minutes of driving, a white-uniformed traffic cop stops my driver who looks like he’s from the Bugandan tribe. The cop stops us in the middle of the street, stares at the driver for a while, and then informs him in very unpleasant and sarcastic tone of voice: “Your tire is not good! I am going to give you a ticket and if you don’t like it, go and complain to the court!”

I get out of the car, my driver gets out, and we both look in disbelief at the tire, which looks absolutely legitimate by Ugandan standards. Most of the tires on other vehicles are of much poorer quality, some of them totally spent.

I protest. I tell the cop he is wrong and he is simply intimidating the driver for no apparent reason. The police officer gives me chilly look and says straight to my face: “You talk too much. I can detain you for no reason if I want to. You can disappear. This is Uganda.”

I am so mad that I stand my ground. I write down his name and his ID number: “Rwakasimba 35482.” He is not afraid. He obviously meant what he said, and he is probably correct. After few minutes he gets tired or bored and lets us go. For several minutes there is silence in the car, a silence that is eventually broken by the driver:

“He comes from President’s Museveni tribe,” the driver says, referring to Museveni’s Banyankole tribe. “He can do anything to me. I have no protection whatsoever. We are discriminated against, constantly. They use violence against us; they give us no jobs. Museveni says he is very good at building the roads and other infrastructure. The problem is that almost all jobs and contracts go to his own people.”

The driver’s house was burned down at the same time as the Kasubi Tombs, a UNESCO World Heritage site and the burial place of the Bugandan kings. “First I thought it was an electric fire,” says the driver. “Then I realized what happened. But there was nothing I could do.”

Andre VltchekAndre Vltchek is a novelist, filmmaker, journalist, and FPIF contributor based in East Africa and Asia. His latest book, about neo-colonialism in the South Pacific, is called Oceania.