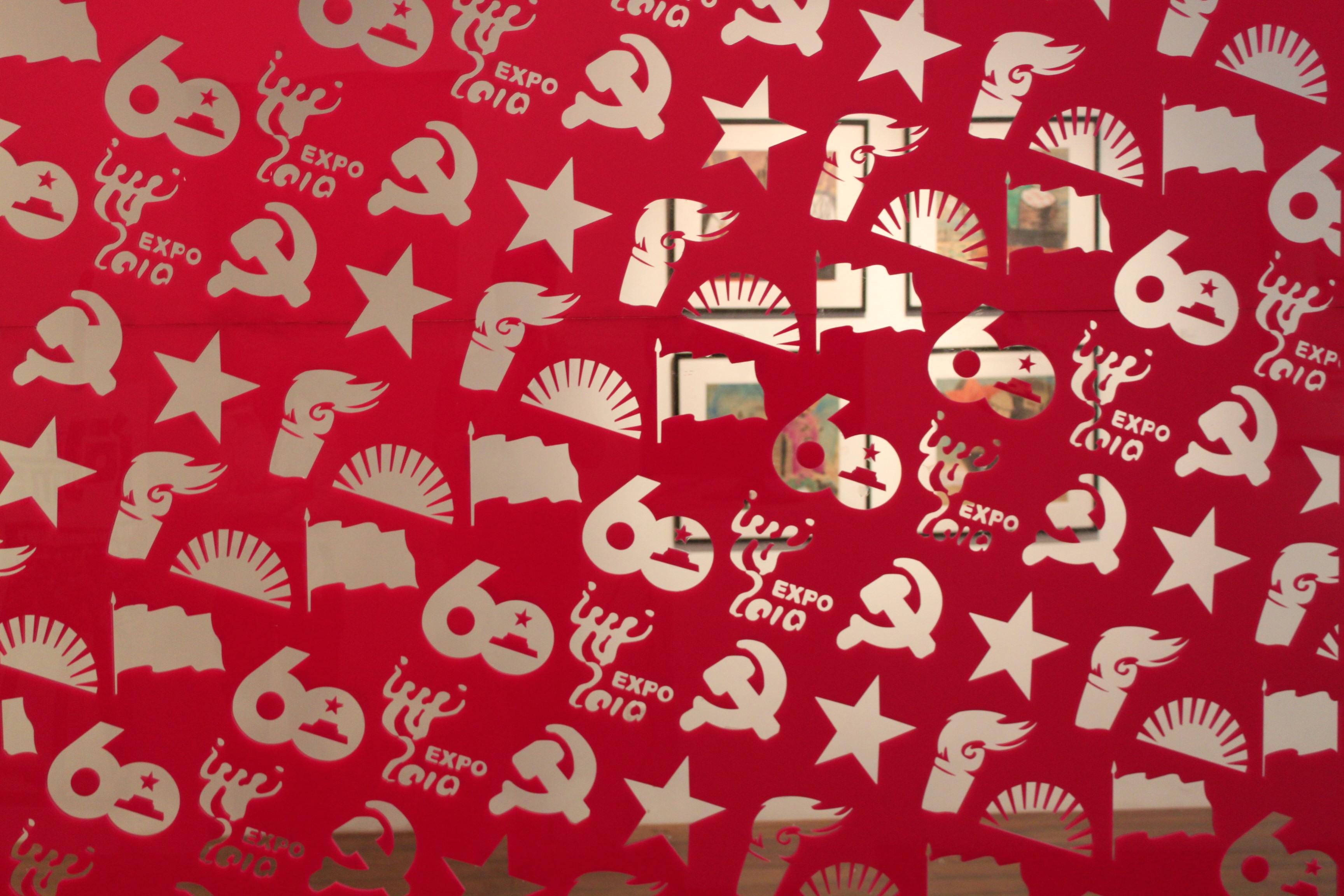 When it comes to information "management," China has learned from a master.
By Josh Leon | December 3, 2010 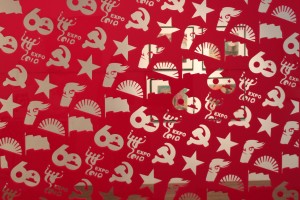 This photo was taken in Shanghai’s stylish former French Concession district while, across town, the 2010 World Expo ushered in hundreds of thousands of visitors per day. The contemporary art piece on display by Beijing artist Ren Hong juxtaposes the potent political images of the Expo, Beijing’s Olympics, and the People’s Republic’s 60th anniversary celebration. The attendant moral complexities of these spectacles are filtered out through simplistic official symbols. Her work is a fitting eulogy for the Expo that closed in October. The grounds will be mostly leveled, relegated to the collective memories of its 73 million visitors. Hong’s piece posits that these events are depoliticized through logos produced for public consumption. The totality of what they were is lost to memory. This invites a broader question: Will the Expo’s place in history be filtered the same way?

Chinese authorities temporarily shuttered the contemporary art exhibit at the French Concession’s popular OV Gallery where Hong’s work among others was on display. The above photo had to be taken behind closed doors. Rules restricting artistic expression in China have significantly relaxed over time. This facilitated an emergent contemporary art scene that is particularly popular among foreigners. But official message control is a commonality surrounding mega-events whether in Shanghai or Vancouver. The OV Gallery was most likely closed because of another exhibition earlier in the year that overtly criticized Shanghai’s tear-down-and-build approach to urban development, which directly challenged the ethos behind the Expo.

Police say the gallery broke laws banning the sale of catalogues and was showing the work of foreigners without permission. Before that, curator Rebecca Catching says, authorities turned up undercover at events, conspicuously trying to decipher whatever subversive messages might lurk within the gallery’s at times esoteric displays. “They’re not really trained in art,” she said. One spy wore an awkwardly sized suit. Another had a penchant for raiding the buffet table. When I arrived there Catching told me police had seized a print along with some catalogues critical of the Expo, and were showing up periodically to verify the closure. They also jammed the gallery website. “All these weird things have been happening,” she said, clearly frustrated and not knowing for sure if or when the gallery would reopen (it did at the end of June). She turned on the showroom lights for a few minutes so I could quickly photograph the artwork.

This anecdote illustrates a problem underlying Shanghai’s long-term plan to transition from a site of manufacture to a creative center. The Expo itself portrayed knowledge capital as a natural evolution beyond the physical production of goods. On the one hand, China wants to facilitate the free flow of ideas; on the other hand, the state is desperate to control that flow. Rather than censorship alone, however, the authorities rely on obfuscation, omission, and gross simplification as more efficient means of information management. Hong’s piece speaks to this choice by portraying nicely packaged images that obscure the diverse and often provocative content featured at the Expo and other large-scale events.

When it comes to message control, China has learned from a master. It was New York-based public relations firm—and Gulf War salesmen—Hill and Knowlton that crafted the Expo’s airbrushed image. In the new China, information management is at least in part a Western import.

Josh LeonJosh Leon teaches international relations at Villanova University. He writes the “World Watch” column for Next American City magazine and is a contributor to Foreign Policy in Focus.