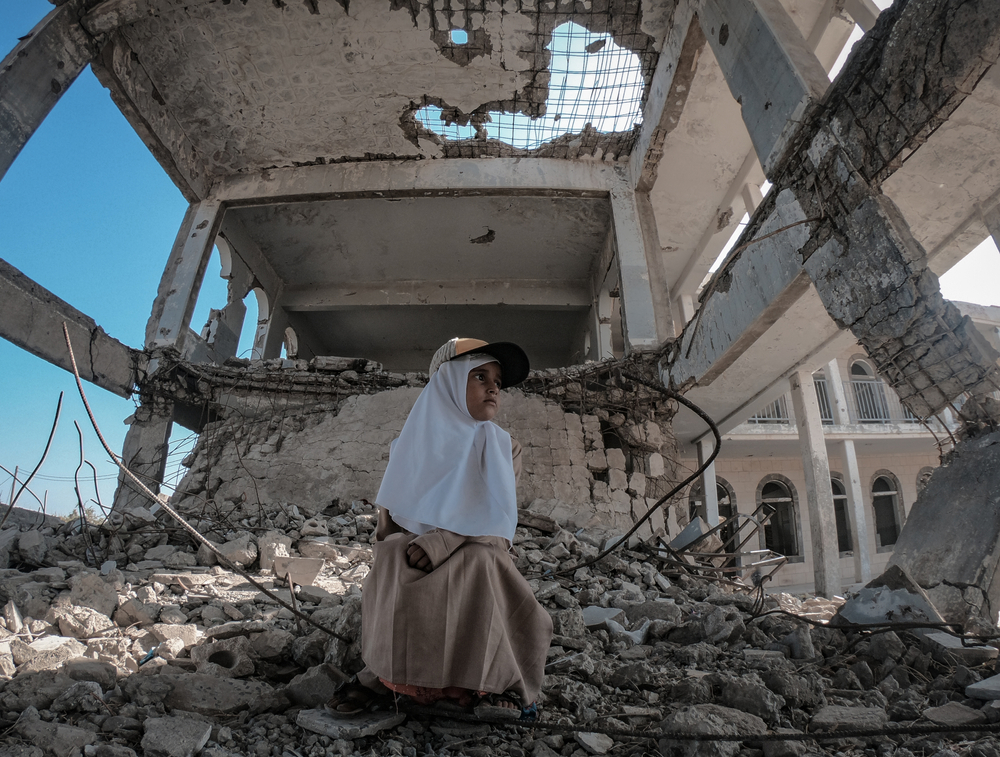 President Biden Must Commit to Ending the War in Yemen

Biden once said the U.S. should never “check its principles at the door just to buy oil or sell weapons.” He should take his own advice.
By Farrah Hassen | July 13, 2022

The United Nations has called the Saudi Arabia-led war in Yemen the “world’s worst humanitarian crisis.” Yet even that designation hardly captures the full extent of misery endured by its people over seven years of violence and unrelenting war.

It is also a crisis that the United States has not only enabled, but has been instrumental in fueling through military aid to the Saudi coalition. A bipartisan resolution now before Congress offers an opportunity to achieve a permanent ceasefire in Yemen and provide sorely needed oversight of unauthorized U.S. military involvement there.

If the conflict in Yemen is to end, the U.S. must engage in enhanced diplomacy and cut off the flow of weapons and other military support to the Saudi coalition. Congress must also address the constitutional issues raised by U.S. involvement in Yemen. If passed, House Joint Resolution (HJR) 87, introduced on May 31, would accomplish these goals by invoking the 1973 War Powers Resolution.

The resolution, sponsored by Representative Peter DeFazio (D-OR) and over 100 members of Congress, has the support of organizations from across the political spectrum. Its introduction comes in the midst of a fragile, temporary truce between the Saudi-led forces and Houthi-led forces backed by Iran.

Specifically, the resolution would end U.S. intelligence sharing and logistical support for “offensive” Saudi-led coalition strikes, including the maintenance and repair of coalition aircraft engaged in anti-Houthi bombings. It would also prohibit U.S. personnel from assisting Saudi-led coalition forces engaged in hostilities unless they have prior congressional authorization.

Despite the absence of congressional approval, the U.S. has continuously backed the coalition against the Houthis since 2015 by providing nearly $60 billion of military support and weapons to Saudi Arabia and the United Arab Emirates. President Biden’s previous pledge to withdraw U.S. support from “offensive operations” in Yemen has so far proven empty. His administration still sells arms to Riyadh and provides critical U.S. maintenance of Saudi warplanes conducting deadly airstrikes in Yemen, thus making this already unclear distinction of “offensive” versus “defensive” weapons essentially meaningless.

All told, the military coalition led by Saudi Arabia and the U.A.E. has conducted over 25,000 air raids since 2015, killing nearly 9,000 civilians, according to data compiled by the Yemen Data Project. Serious human rights abuses have also been documented, including likely war crimes from these airstrikes that have targeted civilians in their homes, markets, and hospitals.

“Everyone is frightened. Children are traumatized—we tell them don’t worry, it’s all fine, but they wake up to the sound of massive explosions just like we do,” said Abdulwasea Mohammed, a Yemen-based aid worker.

Last month, the Washington Post published an investigation detailing U.S. culpability in Yemen, including evidence of U.S.-manufactured weapons used to carry out such attacks. And yet, the U.S. government has somehow failed to determine “the extent to which U.S. military support has contributed to civilian harm in Yemen,” the U.S. Government Accountability Office found in its new report.

Saudi Arabia’s sea, land, and air blockade of Yemen has further worsened the humanitarian crisis there by depriving the country of critical food, fuel, and medicine, which has contributed to the deaths of over 100,000 people.

Over 17 million Yemenis today live on the brink of starvation. Russia’s war in Ukraine has exacerbated the famine, since approximately 30 percent of Yemen’s wheat imports come from Ukraine. With food prices soaring, the World Food Program warns that acute hunger in Yemen is expected to increase five-fold by the end of the year.

Alongside this urgent need to protect Yemeni civilians, it is also long past time for Congress to reclaim its authority to declare war under Article 1 of the U.S. Constitution. Congress passed the War Powers Resolution in 1973 after revelations of President Nixon’s secret bombing campaign in Cambodia during the Vietnam War. It was intended to limit the president’s ability to initiate or escalate military actions abroad without congressional consent, which has clearly not happened in Yemen.

Ultimately, it is within the power of the U.S. to end this war in Yemen through diplomacy and by cutting off U.S. arms and military support. Doing so would help bring all sides to the negotiating table and end the prolonged agony of Yemenis. Former President Trump vetoed a previous bipartisan attempt by Congress to do so, but with President Biden’s backing, Congress now has a chance to make it a reality.

Biden recently set out to Saudi Arabia to meet with crown prince Mohammed bin Salman with an eye towards pushing the Saudis to increase oil production. Amidst criticism of the kingdom’s appalling human rights record and brutal conduct in Yemen, the president defended his visit as necessary to “strengthen a strategic partnership” while “also holding true to fundamental American values.”

But after years of war, prioritizing peace in Yemen must not take a back seat to the fossil fuel and arms industries. As Biden himself acknowledged in 2019, whether in Yemen or elsewhere, the U.S. should never “check its principles at the door just to buy oil or sell weapons.”

Farrah Hassen, J.D., is a writer, policy analyst, and adjunct professor in the Department of Political Science at Cal Poly Pomona