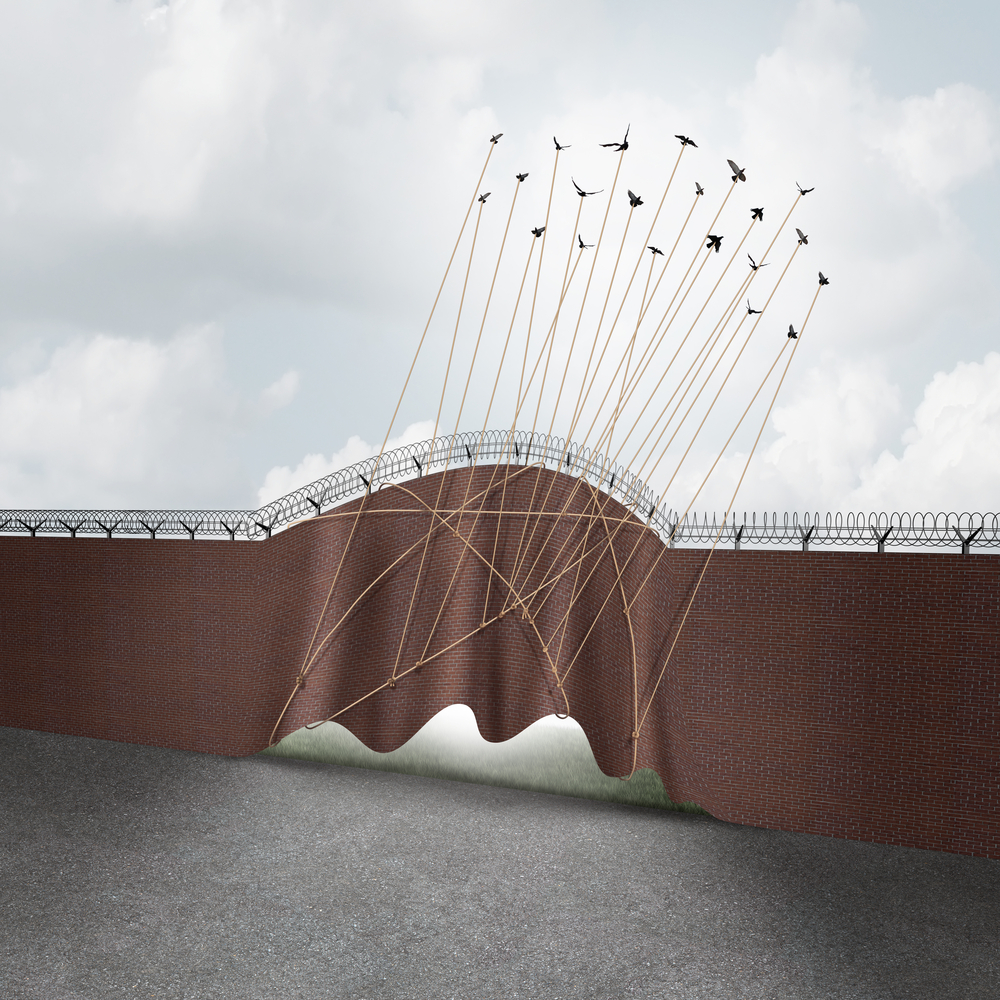 Progressives Should Support Open Borders — With No Apology

Supporting freedom of movement isn’t just the right thing to do. It’s a political winner for the left.
By Khury Petersen-Smith | February 21, 2019

When President Donald Trump claimed in his State of the Union Address that “wealthy politicians and donors push for open borders, while living their lives behind walls and gates and guards,” it was his latest of countless efforts to accuse Democrats and liberals of being “soft” on migration.

Like the entirety of Trump’s speech, this claim was misleading and outright false on many levels.

The notion, for example, that “liberal elites” support open borders while a billionaire president defends the working class from the migrant “threat” is outrageous. Among the many problems with the argument is that it ignores — or rather, intentionally obscures — the fact that the U.S. working class itself is composed in significant part by millions of migrants.

Far from immigrants being outsiders who endanger the working class of this country, they are part of its fabric — far more so than Donald Trump, who was born wealthy, ever was.

But Trump’s main argument, that there are those on the liberal end of Washington’s political class who advocate for free migration across borders, is simply a lie.

As the New York Times pointed out last year, the Democratic Party has repeatedly and expressly condemned open borders in word and supported border militarization in deed. In fact, Stacey Abrams distanced herself from the position immediately after Trump’s speech in the Democratic response, asserting that “compassionate treatment is not the same as open borders” and promising that “Democrats stand ready to effectively secure our ports and borders.”

A genuine call for open borders is virtually absent from the debate between the White House and Capitol Hill, where the question has been not whether to militarize the border, but merely how many billions of dollars should be devoted to “border security,” or what specific physical infrastructure it should buy.

But open borders is more than an epithet for the right to attack its opponents with. It is a legitimate position, and the left should take it up as the only humane one.

Catching up with capital

For decades, critics of globalization have pointed out that the World Bank, International Monetary Fund, World Trade Organization—institutions that are shaped and dominated by the United States—have helped create a world where capital moves freely, while human beings are stuck at borders. Numerous “free trade” agreements have accelerated this trend.

As asylum seekers at the border confront metal barriers, surveillance drones and armed guards barring their entry, trucks, trains and boats bring a high volume of shipping containers into the United States each day. Ports of entry have perfected clearing these goods through customs efficiently, and policy makers have regulated (and deregulated) international commerce to make the process as easy as possible.

If only the people migrating from Central America and elsewhere were commodities instead of human beings, they would enter the United States painlessly, be handled with care by workers who are experts at transferring goods quickly and carefully, and then transported overnight to all corners of the country through extensive commercial distribution networks.

Commercial goods aren’t the only things that move freely across borders. The U.S. military carries out operations all over the world with such regularity that it’s not even considered newsworthy in the United States.

It’s bitterly ironic that Trump constantly describes migrants in the Central American Exodus as an “invasion,” when the United States has carried out so many actual invasions of that region — operations which bear great responsibility for destabilizing those societies and pushing so many people to come north in the first place.

The right to movement

Systems and governments that invest tremendously in perfecting the movement of commerce and violence across borders, while investing at similar scale to stop the movement of people, aren’t being simply hypocritical. They’re also violating a fundamental human right.

People have the right to move freely. Human migration, and migration particular to the Americas, predates the United States or its borders. Indeed, many of the people coming north from Central America are Indigenous, belonging to groups of people whose histories stretch far before that of the U.S. nation-state.

The right to freedom of movement becomes only more important as growing numbers of people become uprooted and displaced. Conflicts over control of the planet’s resources, economic policies that devastate people the world over, and climate change — which creates more disasters and makes parts of the world uninhabitable for everyday life—are all increasing.

With those dynamics, the responsibility of governments to honor people’s freedom to move only grows, too—as does that of ordinary people to defend that right.

We are living in a time, not only of darkness and repression, but also political possibility.

Medicare for All, previously a marginalized demand in the United States (though existing in practice throughout much of the world) is now a central demand of mainstream liberal politics.

The slogan “Abolish ICE”—first raised by grassroots migrant justice activists and lifted up by the Democratic Socialists of America—has been brought into official U.S. politics and even carried onto Capitol Hill by Rep. Alexandria Ocasio-Cortez. The slogan has become so potent that the president and vice president have had to go out of their way to denounce it—something Trump did again in the most recent State of the Union.

Meanwhile, the majority of people in the United States oppose Trump’s wall. And three-quarters of Americans recently told pollsters they think immigration is “a good thing.”

These facts — evidence of a complicated political terrain, but one that has much promise for progressives and the left — show why supporting “border security” rather than centering the rights of migrants in the conversation about migration is not only wrong. It’s also out of step with the progressive trend in U.S. politics.

While demanding open borders may seem like a marginal position in U.S. politics now, keep in mind that “build the wall” was on the fringe until recently.

The right wing has been audacious in upsetting mainstream sensibilities regarding the treatment of asylum seekers, calling for—and enacting through the White House—the separation of migrant families and mass detention of migrants, all in highly public ways. It has also flouted U.S. law in using Mexico as a holding cell for asylum seekers, rather than honoring their right to enter the U.S. and to due process for asylum applications once here. And Trump has even called for the end of birthright citizenship, targeting rights guaranteed by the Fourteenth Amendment, won by Black people in the U.S. following the Civil War.

We should match—and go beyond—their boldness, in defending the right to migrate as fundamental to humanity. We should be calling for open the borders, without apology.