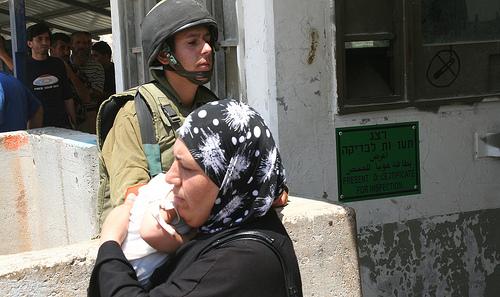 The blockade of Gaza has not achieved its goal of removing Hamas from power or moderating its positions. The power of Hamas has only become more entrenched.
By Fouad Pervez | June 21, 2010 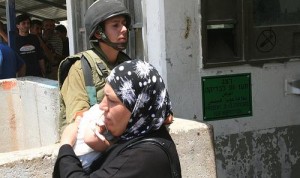 The recent Israeli raid on the flotilla bringing aid to Gaza — which resulted in the deaths of nine civilians, more injuries, and near-global condemnation for Israel’s actions — has brought a lot of attention to Gaza in the past few weeks. Unfortunately, much of the discourse has centered on the specific incident itself (such as who fired first and whether Israeli troops were right to protect themselves), and not about the politics and conditions in Gaza overall. Even Helen Thomas’ controversial comments about Israel and the question of who will take her seat have gotten more and better coverage. The hardest-hitting questions — “When does America’s unwavering defense of Israel begin to compromise our unwavering defense of free speech? Does our media display a casual bias against the Arab world and the suffering of the Palestinians?” — have come not from journalists, but from The Daily Show’s Jon Stewart.

Aside from a few political pundits with ideological axes to grind, like Charles Krauthammer, most understand that there is a great humanitarian crisis in Gaza. The levels of poverty, food shortages, and overall suffering caused by the blockade are incredibly high. Numerous international organizations, including the United Nations, have criticized the policy, which blocks goods from entering Gaza. The flow of goods into Gaza is a quarter of what it was before Israel and Egypt began the blockade in June 2007, following the Hamas-led formation of the Palestinian government. Prior to the blockade, around 4,000 types of goods entered Gaza. After the blockade, this was limited to just over 80. Israel moved to expand this list after the flotilla attack to allow in soda, juice, jam, spices, shaving cream, potato chips, cookies and candy.

The blockade, the argument goes, is justified because Hamas has declared warfare on Israel. Thus, the blockade allows Israel to stop the flow of weapons to militants in the area, protecting its own security. It is unclear whether Hamas is fully committed to war, though, as they have supported some form of a two-state solution several times in the past. It is also unclear whether Israel’s goals with the blockade are really related to security — a recently leaked Israeli government document says the blockade isn’t about security, but rather “economic warfare” against Hamas. Meanwhile, the Gaza economy has, indeed, suffered brutally. The 2009 per-capita income was only $1,100, compared to $2,900 in the West Bank, $26,700 in Israel, and $46,300 in America. In 2010, the CIA World Fact Book did not list numbers for Gaza, and instead just referenced the West Bank.

The coercion argument that Israel and the United States adopt in support of the blockade is that Gaza is Hamas’ stronghold in the Occupied Territories. The more pro-Western Fatah controls the West Bank. They believe Hamas, which was legitimately elected in a democratic election, is an Islamist group that stifles peace and security in the region. The only way forward, the logic goes, is to coerce Palestinians into abandoning Hamas through the blockade. If the blockade does that, then its main proponents — the governments in Israel, Egypt, and the United States — can claim success.

But the blockade does not appear to be succeeding at any level. And so the consequences of the blockade — civilian suffering, Israeli attacks on humanitarian vessels — become all the more questionable.

Civilians, not Hamas, have borne the blunt blow of the blockade. In Gaza, 70 percent of all factories have closed or are at minimal capacity because of their inability to conduct business. Sewage is pumped into the sea because parts needed for repairs are not allowed into Gaza. Eighty percent of Gaza residents receive humanitarian aid, up from 63 percent prior to the blockade. Of the total population of 1.5 million people, 300,000 do not even have an income, up threefold in just a year. The economic woes have strengthened a black market economy run by Hamas.

Nor has the blockade achieved its goal of removing Hamas from power or moderating its views. These conditions have only strengthened support for Hamas. In addition, the blockade has entrenched the institutional power of Hamas. And it has produced no incentive for Hamas to moderate its positions.

Experts who study political Islam have tried to break down Islamist group motivations into different categories. The three main ones embed political Islam in a religion or culture, in socioeconomic conditions, and in political institutions.

Only this institutional argument can explain the variation in Islamist group actions, a true litmus test for explanatory power. Socioeconomic arguments cannot explain why, for instance, the backbone of support for the Muslim Brotherhood in Egypt is the modern and western classes, instead of the older and traditional classes. They also cannot explain why the Brotherhood’s popularity peaked not during the highest period of urbanization, but during the lowest. Religious or cultural arguments, meanwhile, don’t account for the fluidity of Muslim identity. Indeed, there are often competing and contradictory identities. Also, if there is a common religious or cultural thread, why is there such variation among Islamist groups’ actions?

The research on political Islam suggests that the role of institutions, particularly legitimate participation in the political process, explains the different actions of the different Islamist groups. Where these groups are allowed to be active participants in political contestation, such as in Morocco, Yemen, Jordan, and (to some extent) Egypt, they have incentives to moderate their views to ensure political survival. Where the groups are essentially forced underground, such as Syria, Libya, and Tunisia, they maintain their obdurate or extremist views.

Two Islamist groups operate in Jordan, the Islamic Action Front (IAF) and Islah. The Jordanian government gives the IAF some political space but not Islah. Not surprisingly, IAF has moderated its views in an effort to gain political power. The IAF hasn’t moderated on the issue of sharia law, but that is partly because the opposition coalition they’re part of doesn’t place any pressure on them to concede any ground on that issue.

In Egypt, the Muslim Brotherhood has continuously moderated over time as it aims for political survival, in cycles of inclusion and exclusion from the political system. In Morocco, the Party for Justice and Development (PJD) has also been allowed to participate politically, and has moderated its views. It went so far as to not campaign very strenuously in 2002, for fear of winning too much of the vote and provoking anger from the regime. In contrast, Al Adl has been excluded from the system, and has not moderated its views. Like Morocco, the Algerian regime has selectively integrated Islamists into politics, with similar results. The Justice and Development Party in Turkey has moderated quite significantly, which isn’t surprising considering they actually took power through elections in 2003. They have even distanced themselves from Islamists over time. Finally, in Tunisia, Nehada has been excluded from the political system, even though the group is as moderate as the PJD in Morocco. Following all the research noted above, chances are this will solidify the extremist views in Nehada.

Hamas obviously was able to participate in Palestinian politics, and even won the elections in 2006. However, since that victory, Israel and the United States, among other countries, have tried to isolate Hamas. This bloc of boycotters has refused to meet with Hamas, preferring Fatah leadership. Along with Egypt, this bloc implemented the current blockade. They have tried to exclude Hamas from the global political stage as much as possible. By focusing so heavily on the Gaza Strip versus the West Bank, they have also tried to exclude Hamas from domestic politics — even though Hamas is supposed to be the governing Palestinian party.

This approach goes against a substantial amount of the actual research on political Islam, which suggests that moderation requires incentives. Where institutions are in place that reward deal-making, Islamist groups have done just that. They pay a political cost — exclusion from the system — if they stick to hard-line views. Islamist groups in Morocco, Turkey, Jordan, Algeria, and Egypt have moderated their policies for fear of losing political ground.

However, the efforts to isolate Hamas have done the opposite. The blockade and other forms of exclusion have helped solidify Hamas’ power and weaken its opposition, while creating no incentives for Hamas to moderate its views. No matter one’s views on political Islam, moving Islamist groups away from extremist views requires real inclusion, real opposition, and real dissonance.

Hamas seems willing to bargain. Many statements from their leaders suggest they are open to real negotiations with Israel on a peace settlement. In 2008, Hamas leader Khaled Mashaal offered Israel “a truce if Israel withdraws to the 1967 borders, a truce of 10 years as a proof of recognition.” The offer was made even more openly just a few weeks ago, when Mashaal told Charlie Rose that “when the occupation comes to an end, the resistance will end, as simple as that. If Israel would go to the 1967 borders, that will be the end of the Palestinian resistance.”

But even if they aren’t sincere in their statements, the blockade only makes things worse. It creates minimal incentives for moderation.

Enter the flotilla of six ships from Turkey. They were bringing not weapons but supplies for Gaza: food, wheelchairs, medicine, and building materials. According to the blockade, building materials are banned. Israel directed the ships to a port where the goods would be inspected, but the flotilla declined the request. In the end, the Israeli navy shot and killed nine people on board the MV Mavi Marmara, the lead ship in the flotilla. The naval officers say they were attacked and acted in self-defense, while passengers on the ship have given the opposite story. Video footage of the attack is online. A former U.S. Marine onboard the Mavi Marmara has issued some strong statements about what happened. Much of the discussion now is centered on whether Israel’s actions were legal, what actually happened onboard, and whether there will be an independent international investigation, something Israel is not willing to concede at this point.

Of course, the events that transpired aboard the ship are both tragic and serious, but the bigger picture is the blockade, not the raid. Indeed, the flotilla’s mission was to commit an act of civil disobedience as a statement against the blockade. The incident should trigger a re-evaluation of that policy.

Senator Schumer said the other day that the blockade will ultimately lead to moderation and cooperation between the two parties — it will “strangle them economically until they see that’s not the way to go. “

Even if one believes in Schumer’s harsh vision, the “strangling” he talks about seems more likely to have the exact opposite effect. Given what we know about political Islam, this type of coercion will simply not work. Yet the blockade continues — under international pressure, Israel has, in recent days, proposed easing the blockade, but there are still questions as to whether it will be enough to truly relieve the distress on the ground. There is still no attempt to engage Hamas, even though a recent poll shows Palestinians overwhelmingly support an end to the conflict, creating major incentives for Hamas to negotiate for peace.

Where the blockade lies on the spectrum of morality and justice doesn’t even matter. At its core, even with the proposed relief measures, unless Hamas is brought into the mix, the blockade is bad policy, period.

Fouad PervezFouad Pervez is a contributor to Foreign Policy in Focus, where he writes on U.S. foreign policy and security issues in South Asia and the Middle East. He is currently pursuing his PhD in International Relations. He is a writer and policy analyst, and occasionally blogs at There is No Spoon. He can be reached at fouad0 at gmail dot com.