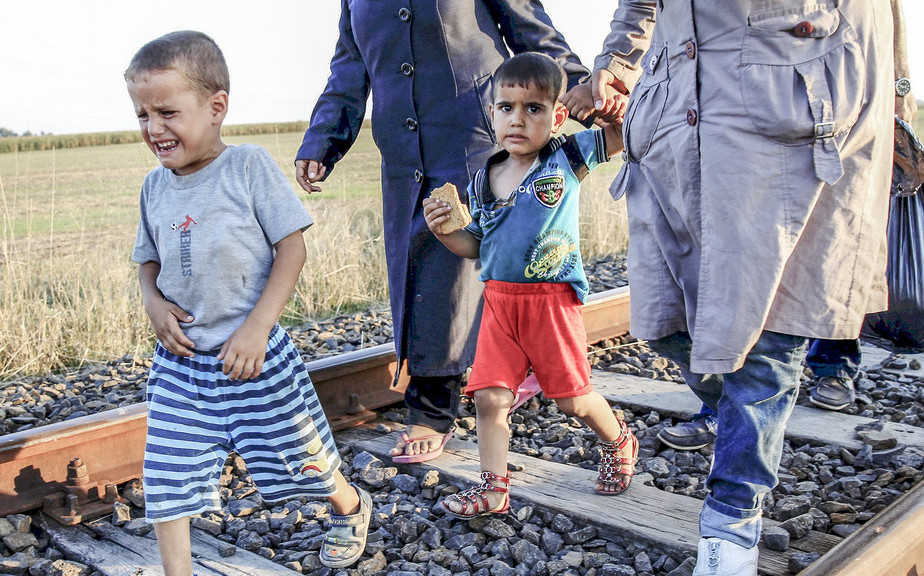 Public Health as Foreign Policy: Trauma in the Arab World

PTSD is rampant in the Middle East. If untreated, it will continue to fuel conflict.
By Ryan Suto | October 7, 2016

The current US presidential campaign debate on Middle East policy has focused disproportionately on the US response to the Islamic State (ISIS or IS). This series will focus instead on five alternative Middle East policy challenges facing the next president. This final part discusses addressing the human consequence of regional conflict. See part one on Iraq, part two on Tunisia, part three on Egypt, and part four on Saudi Arabia.

If Washington wants to decrease volatility and violence in the Arab region, US foreign policy must advocate for the treatment of conflict-related mental health issues among Arab publics.

In the months after the outbreak of the Arab Spring protests in early 2011, President Barack Obama emphasized that the United States will continue to pursue core interests and principles, including opposing “the use of violence and repression” and “safe-guarding the security of the region.” Since that time, war, civil conflict, and political upheaval have spread throughout the Middle East and North Africa.

Rather than arming specific groups or continuing to sell arms to repressive regimes, US foreign policy would be better served by more long-term, holistic approaches to combating violence and promoting security. One such approach would be mental-health advocacy.

At home, the United States is beginning to understand the importance of mental health: President Obama has several times allocated funds to bolster mental-health access and treatment in the United States—notably during his push to end gun violence, and again during his push to curb the opioid abuse epidemic in the country. Congress is currently considering over a dozen domestic mental-health-related pieces of legislation. Although the federal government has found that Post-Traumatic Stress Disorder (PTSD) “is associated with an increased risk of violence,” no such connection has been made within foreign policy.

PTSD is the most common mental health issue resulting from episodes of combat, social upheaval, and violence found throughout many Arab countries. Although life-long PTSD is best predicted by the number of traumatic events experienced, trauma can result from violence, recurring memories, displacement, and ubiquitous fear. Using examples from around the world can be illustrative: During conflict in Burundi, war-related psychological distress was found in 44% of individuals studied during conflict and 29% two years after conflict, whereas 57% of Ugandan students exhibited “clinically significant” levels of PTSD four years after the end of war. In East Timor, grief and a sense of injustice “exerted a considerable effect on PTSD symptoms” among those studied. Researchers in Guatemala, meanwhile, found that community social psychology is important to understanding political and economic community development. Each conflict and cultural context produce different symptoms in victims, which vary in responses to trauma, requiring treatment to be as locally tailored as possible.

These findings suggest that PTSD and other trauma-related mental health issues resulting from widespread conflict are, and will be, a public health crisis in the Arab world. In Palestine, Iraq, and Lebanon contemporary violence and conflict pre-date the Arab Spring. In Syria, Yemen, and Libya, the tumult of 2011 rages on as civil war. In Tunisia, Egypt, Bahrain, and elsewhere, the aftermath of political repression has been neither fully addressed nor resolved. Large portions of these communities have survived torture, witnessed murder, experienced political or religious oppression or discrimination, or have been displaced, abused, or exposed to traumatic violence. In what is undoubtedly the direst example from the Arab world, 45% of Syrian refugee children studied display symptoms of PTSD, 44% depression, 25% daily psychosomatic pains, and 20% daily headaches. Despite these limited studies, a vast majority of cases of trauma in the Arab world will go undiagnosed and untreated. Trauma among Arabs will have long-term consequences for both individuals and communities throughout the region for generations.

Prior to the Arab Spring, there was a surprising and troubling dearth of mental-health research in the Arab world. This is at least partly cultural: in Arab cultures mental-health problems are often ignored for fear for bringing shame and disgrace to both individual and family. This stigma is even greater among Arab men, who are discouraged from seeking help or being perceived as weak or dependent. Due to these cultural challenges, Arabs often express psychological problems in physical terms, thus avoiding the mental-health stigma and rejecting the few mental health services that may exist. InTunisia, for example, physical manifestations of trauma have been linked to traumatic experiences. Any advocacy must be cognizant of these, and other, cultural sensitivities.

Trauma therapist and genocide survivor Esther Mujawayo argues that without addressing mental health, “Reconstructing a country becomes impossible, because people need to function well, but terrible memories are triggered by any small thing.” Untreated trauma can victimize future generations, lead to other public health concerns like childhood mortality rates, burden the national economy, and potentially perpetuate cycles of violence. Thus, attempts to foster sustainable growth and security in the region without considering mental health issues would be incomplete and likely unsuccessful.

Effective mental-health advocacy by outside actors must empower local officials to tackle the cultural taboos around mental health. Washington cannot dictate program specifics. However, if conversations about trauma are altogether avoided, social divisions will not begin to heal and future generations will learn nothing from the past. Treatment should include both community-based discourse and individually based treatment that respect local customs and can be used by local practitioners. One effective method used in Iraq includes “cognitive behavioral treatment provided entirely through the Internet,” which can allow for the treatment of a wider variety of individuals in dangerous or sparsely populated areas. Further, this can allow actors to address PTSD before conflicts fully end.

Advocating for, and materially supporting, mental-health treatment in conflict-affected Arab countries is a holistic foreign policy option for the United States. Supplementing such efforts, local and regional actors should create other post-conflict mechanisms, such has truth-telling programs and reconciliation efforts. Only by addressing the human element of conflict can the future overcome the past.