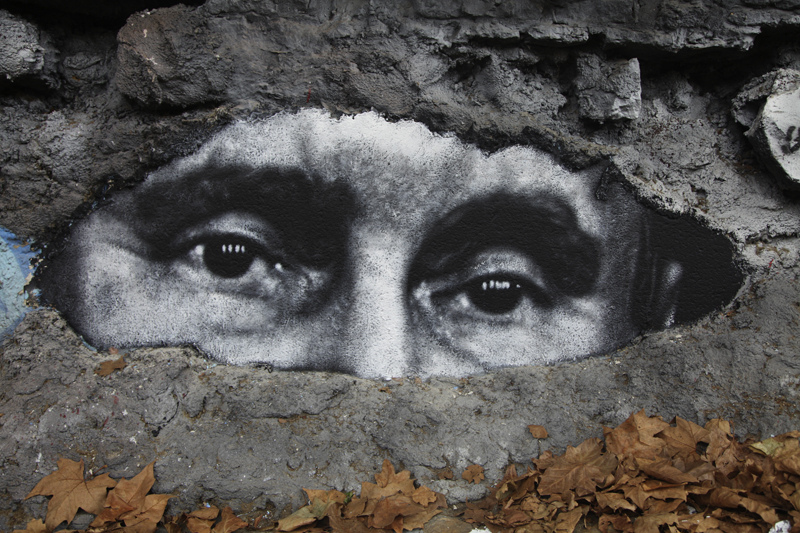 The Sochi Olympics were a major bid for Russian soft power. But Vladimir Putin's intervention in Ukraine suggests that Russia hasn't abandoned hard power at all. (Image: Abode of Chaos / Flickr)

Russia’s response to the Ukrainian crisis and the Olympic Games in Sochi are essentially rooted in the same impetus: Putin’s geopolitical ambitions.
By Stefan Haus | March 5, 2014

The Russian Federation and her president have been dominating global headlines for the better part of the last two months—first from Sochi, and now in Crimea. But although President Vladimir Putin’s intervention in Ukraine is sure to erase whatever goodwill lingered after the Olympics, Russia’s response to the Ukrainian crisis and the Olympic Games in Sochi are essentially rooted in the same impetus: Putin’s geopolitical ambitions.

Prior to Russia’s intervention in Crimea, the closing ceremony of the Winter Olympics conveyed for Russia a pinch of success, a tinge of pride, and perhaps a sigh of relief. Celebrating Russian culture by exposing a global audience to the works of great Russian figures like Mussorgsky, Rachmaninoff, and Horowitz, among others, the country rejoiced in having successfully executed a high-profile quadrennial event and kept international spectators safe from the specter of terrorism, which so many doomsday predictors thought would interfere with the games. The planners of the ceremony even showed their sense of humor when they displayed for several minutes an illuminated incomplete Olympic insignia of four rings, referring to the mishap that occurred in the opening ceremony, before finally forming the fifth.

From a superficial point of view, Sochi 2014 appeared to have been a full success.

But by definition, success depends first and foremost on intention. For its spiritual father, President Vladimir Putin, Sochi 2014 was supposed to be a Soviet-style megaproject and another stepping stone toward the reestablishment of Russia as an international powerhouse—a fact that significantly changes the calculation for evaluating Sochi 2014’s true success.

Like the megaprojects of Soviet times, the Olympic Games had a twofold purpose for Putin. To Russia’s internal audience, they were supposed to send a signal of strength and pride aimed at legitimizing Putin’s rule and the many changes he has introduced to Russia’s political landscape. To the rest of the world, the games were meant to portray Russia as a strong global player, a state capable of materializing gigantic events no one deemed feasible.

The planning and the execution of the event, however, suffered from the rank cronyism that has plagued post-Soviet Russia. According to ABC News, even the International Olympic Committee’s choice of Sochi, a subtropical city that rarely gets snow, was allegedly the result of shady underground deals. After the International Olympic Committee selected Sochi for the games, the Russian Olympic Committee explicitly thanked a person named Gafur Rakhimov for his “single-minded work” in delivering the votes for Sochi. Rakhimov, according to former British Ambassador to the Ukraine Craig Murray, turns out to be “one of the four or five most important people in the heroin trade in the world.” Allegedly, his influence—gained through paying off officials to let his heroin shipments cross borders—was what helped deliver the votes.

Of course, the event itself also provided ample opportunity for Putin to take care of his own. Estimated to have surpassed the $50-billion mark, the Sochi games were the most expensive Olympics in history. According to Boris Nemtsov, a democracy leader in the early 1990s, about half of that cost can be attributed to “outright thievery.” For instance, the newly built highway and railroad connecting the coastal region with Krasnaya Polyana, a mountain settlement about 30 miles away from Sochi, cost an estimated $8 billion—more than the entire Vancouver games cost four years ago. The project was overseen by a state-owned company led by Vladimir Yakunin, a close friend of Putin.

But for all the expense, Sochi 2014 did not quite deliver what Putin had hoped for. Negative stories poured out of the event. As the games began, much of the global media focused on controversial topics such as a new Russian law banning the “propaganda of nontraditional sexual relations” and the dicey security situation in Russia’s restive Caucasus states. When international journalists first arrived in Sochi, their tweets about their accommodations complained of everything from stray dogs roaming throughout the hotels to contaminated water and a shortage of rooms due to the still ongoing construction efforts. Later on, the focus shifted to free speech, as two members of the anti-Putin band Pussy Riot were arrested repeatedly during the games for participating in anti-government protests. Even more spectacular were reports and images of the entire band being harassed and whipped with horsewhips by Cossacks, members of a pro-government militia from Russia’s czarist past that was reinstated under Putin’s tenure.

And now there is the ongoing crisis in neighboring Ukraine, where a Kremlin-backed leader was ousted after weeks of antigovernment protests—an event that elicited a Russian military response and a de facto invasion of Crimea, a peninsula in southern Ukraine that is largely inhabited by ethnic Russians. Given the geopolitical and economic importance of Ukraine to President Putin’s idea of a hegemonic Russia, it was clear that he could not just let Ukraine shift toward the West without interference. However, the international response—including negative headlines and the threat of sanctions—effectively undid everything Sochi was intended to achieve.

Images of strength have always been President Putin’s favorite way of presenting himself and his rule to the world, whether he’s leading a swarm of cranes south in a hang-glider or hunting tigers in Siberia. For all the games’ expense, the images that came out of Sochi conveyed the opposite. Fortunately, the Putin Games can continue, as another mega-event is just around the corner: the president secured the rights to plan and execute the 2018 FIFA World Cup for mother Russia. What could go wrong?