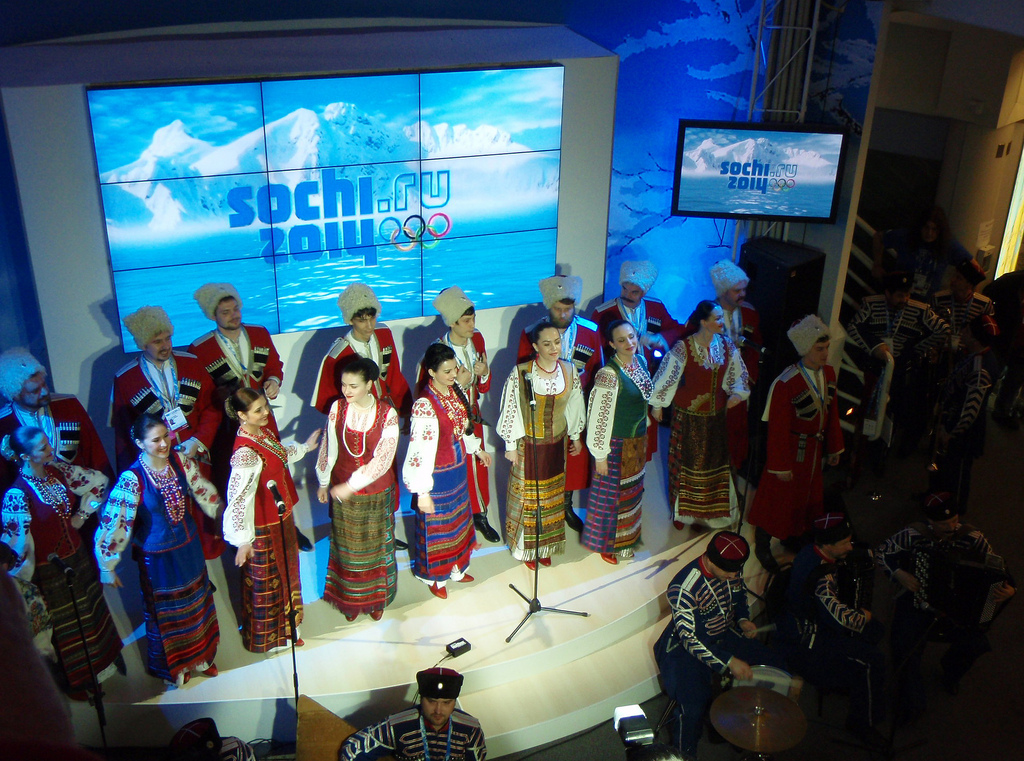 Putin's preoccupation with restoring Russia's past glory doesn't appear to include in Russia itself. (Photo: Christine Rondeau / Flickr)

The Winter Olympics in Sochi have brought renewed scrutiny to vulnerabilities that could undermine Russia's ongoing ambitions for international prestige.
By Daniel Wagner, Linda Wetzel | February 6, 2014

An earlier version of this commentary appeared on the Huffington Post.

The Winter Olympics at Sochi have brought renewed scrutiny to Russia’s restive Caucasus region, and with it the plethora of vulnerabilities that may lie beneath Russia’s ongoing ambitions for international prestige.

Russian President Vladimir Putin’s “iron ring” of security around Sochi for the Winter Olympic Games will undoubtedly prove successful in preventing a major terrorist attack at the Games, but soft targets in Sochi and surrounding areas will remain vulnerable — a threat he can do little about.

Putin of course recognizes what Sochi represents to Russia’s image, and international perception of his political power. Hosting the Olympics successfully — particularly given recent terrorist attacks in the Caucasus — could go a long way toward helping Putin reestablish the past glory of the Russian Republic in the minds of many of its citizens. Failure to do so could have the opposite result.

While the international media have recently been focused on anti-gay bias in Russia, the impact this may have on who attends the Games, and the reception they may receive, the two terrorist attacks in Volgograd last December shifted the focus of international concern to the threats posed by Islamic extremists. This, combined with Sochi’s geographic proximity to long-contested regions such as Chechnya and Dagestan, and the success of the attack last June at the Boston Marathon by a pair of ethnic Chechen brothers, have raised some doubt about the safety of Sochi. That Islamic extremism continues to thrive in the Caucasus, and the fact that Russian security forces have been unsuccessful in eradicating the threat under Putin’s tutelage, does not leave observers with a high degree of confidence that attending the Games will indeed be entirely safe. The risk of an attack on a soft target in or near Sochi is high.

Putin has been riding a wave of foreign policy victories in Iran and Syria, prompting some conservative commentators in the United States to contend that American foreign policy has taken a back seat to Russia by virtue of Putin’s ability to maneuver around U.S. initiatives with some fancy foot work. Despite the many challenges posed in Middle Eastern foreign policy for all concerned, Putin’s secret is his ability to accurately measure risk and reward. Rather than criticize Putin for being more effective at getting his objectives met, U.S policy makers would be better advised to consider what America can do better to get its own objectives met.

That said, Putin is having a difficult time achieving the same degree of success at home. In ranking after ranking, Russia scores poorly, and must do better. Transparency International ranks Russia 127 out of 177 for corruption. In the World Bank Group’s Doing Business rankings, Russia falls behind over 100 other countries (out of 189) in 5 of the 10 categories. In the Global Competitiveness Index Russia ranks 67 out of 142; in the Judicial Independence rankings Russia scores 123 out of 142; and in the Press Freedom Index Russia is only 142 out of 179. It is ironic that Putin’s preoccupation with restoring Russia’s past glory doesn’t appear to include in Russia itself.

Moreover, the Russian economy is now dependent for 75 percent of its revenue on energy exports and therefore subject to the vicissitudes of the global economy. The global oil price must stay above $103 per barrel for Russia to be able to balance its budget. The Russian government accounts for roughly half the country’s GDP, the economy suffers from low productivity and high labor costs, and growth has stalled. If these issues are not addressed in an expeditious manner, the Russian economy will soon find itself falling so far behind those of other developed and emerging economies that it will not be able to compete. Some would argue that is already the case.

So while Putin may rightly bask in the light of his many accomplishments in foreign policy, as well as having presided over the energy boom that thrived during much of his first term in office, he is now faced with some serious issues that cast a pall over Sochi. The $50 billion he spent on the Games would in reality have been much better spent upgrading Russia’s increasingly decrepit infrastructure, and modernizing key elements of its economy. His challenge going forward will be to ensure that his legacy does not reside in an abandoned sport dome in Sochi or in the ruins of Syria, but rather in a transformed Russian economy that its people can be proud of and rely on in the coming decades.

Daniel Wagner is CEO of Country Risk Solutions, Senior Advisor with Gnarus Advisors, and author of the book Managing Country Risk. Linda Wetzel is Director of Executive Education with CRS.