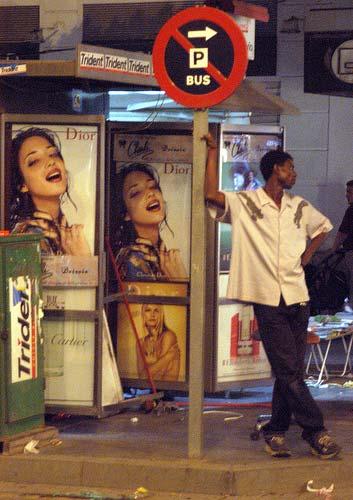 Racism and Recession in Europe

Economic downturn in Europe has led to an upsurge in racism and xenophobia.
By Jayati Ghosh | June 10, 2010 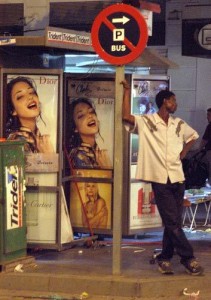 Of the many undesirable effects of the ongoing — and increasingly policy-induced — recession in Europe, has received relatively less public attention: the resurgence of racist and xenophobic attitudes. This was already something of a problem, especially in Western Europe in the past decade, when right-wing political forces demanded major restrictions on immigration and sporadic episodes of violence broke out against migrant and Roma groups.

As the economic crisis bites deeper, and as the “austerity measures” enforced by governments cause more unemployment and more failure of small family-run businesses, bitterness and anger among the population will inevitably grow. The danger is that it will be directed not at powerful financial organizations, or even against governments that seem to bend like willows to every dictate of the market, but against vulnerable targets that can be more easily attacked. The most obvious targets, of course, are the migrants, who often stand out because of perceived racial differences.

This is a much bigger problem than is generally appreciated. European economic growth has relied more and more on migrant labor, which has been more typical of the U.S. economy. The economic booms of the 1990s, and from 2002 until 2007, combined with the demographic pressures of an aging population, created demand for all kinds of workers: on farms, in manufacturing, in construction, and in services. As a result, men and women workers have come from less-developed countries in Asia and Africa, as well as from the former socialist countries of east and central Europe. They came legally and illegally, often tolerating very low wages, poor living and working conditions, and constant insecurity, in the hope of somehow raising their own living standards and remitting something to households back home.

Europe’s economic boom was fuelled by and supported by cheap labor, which not only helped generate higher profits for employers but also increased the consumption of goods and services by the local population through cheaper sourcing. And the productive role of these migrants is pervasive, in a very wide range of seen and unseen activities.

The Case of Italy

Consider just one country, Italy, which has gone from being a net exporter of labor to a major net recipient of immigrants in less than a generation. Agriculture in Italy, from the fields of northern Italy to the orchards of Calabria, relies mostly on migrant workers, usually from Africa. There are more than 120,000 recorded Chinese — and possibly many more unrecorded — working in factories near Florence and Bologna. They work alongside even larger numbers of workers from countries in eastern and central Europe like Albania, Ukraine, Romania, and the former Yugoslavia. Livestock management, transportation of goods, sanitation and waste disposal, and many other “3D” (dirty, difficult or dangerous) jobs are largely handled by migrants.

These are only the more visible forms of migrant employment. A major employer of women migrants is the care economy, particularly in households and for domestic work. In many Italian towns and cities, migrant women workers (often from the Philippines) perform labor typically done by women, such as child care, care of the old and sick, and housework (though migrant women may have to leave their own children at home to be cared for by others).

With the collapse of the boom, however, local perceptions about migrants are undergoing rapid changes — even among those who are not driven by explicitly racist ideologies. Migrant labor remains critical for many activities, as immigrants continue to do jobs that locals no longer want to or can do. But immigrants are increasingly seen as threats, not only to local culture but also to the employability of local workers. They are accused of driving down wages, of creating unsanitary conditions, of making public spaces insecure, and of much else. After the riots in Calabria, which forced most of the migrants to flee the town, local reactions were disturbing. According to one report, “many used an oft-heard phrase in Italy: ‘We’re not racist, but…’ Ultimately, they tended to say that maybe things were better without the immigrants, since it was hard enough for the Italians to make a living.”

This combination of forces may explain, at least partly, the recent increase in incidents of violence with racial overtones, as well as the growing popularity of explicitly racist political forces. Attacks on Roma settlements across different parts of Europe are now much more common. There were race riots in Calabria in southern Italy in January 2010 and in Barcelona, Spain in May 2010, as well as an increased number of incidents in Greece (which already has one of the worst records in Europe in terms of treatment of migrants). Right-wing and anti-immigration political parties — the Northern League in Italy, the Vlaams Blok in Belgium, the Danish People’s Party in Denmark, the National Front in France, the British National Party in the UK, the Movimento Social Espanol in Spain, the National Renewal Party in Portugal, and so on — have increased their vote shares in all recent elections in Europe. In Hungary, the far-right party Jobbik entered parliament for the first time in April, after getting 17 percent of the vote, just behind the former ruling Socialist party, which got 19 percent. In France, regional elections in March saw an electoral revival for the National Front. In the Netherlands, the anti-immigration Freedom Party is widely predicted to win the coming elections in June.

A 2009 study of the European Agency for Fundamental Rights found that an average Roma in the 22 surveyed EU member countries ran the risk of being discriminated against in various ways 4.6 times in a year, with discrimination in employment, housing, education, health care, and of course through outright violence. The next most likely targets were Africans, nearly half of whom experienced some form of discrimination, and had even greater risk of physical attack and personal insecurity than the Roma.

There is an uneasy and unresolved relationship in Europe, between the continuing economic need for migrant labour and the growing social dissatisfaction with their presence. The present downswing is likely to make this conflict even more intense. Instead of addressing these problems directly, governments are making all the wrong responses: pandering to anti-immigration sentiment while further reducing employment prospects for both local residents and migrants. Economic strategies that generate employment and social strategies that enhance tolerance and integration would make much more sense.

A version of this FPIF commentary will also appear on the Triple Crisis Blog, global perspectives on finance, development, and the environment.

Jayati GhoshJayati Ghosh is a professor of economics at Jawaharlal Nehru University, New Delhi, India and the executive secretary of International Development Economics Associates (IDEAS). She is a regular columnist for several Indian journals and newspapers, a member of the National Knowledge Commission advising the prime minister of India, and a contributor to Foreign Policy In Focus.