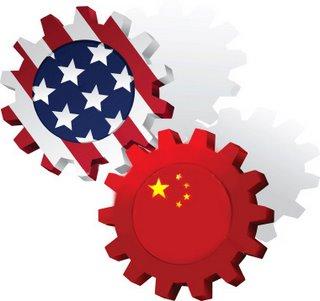 Raising the Stakes in Asia

The growing U.S. military presence in Asia could backfire, giving birth to what it ostensibly seeks to prevent.
By Richard Javad Heydarian | October 25, 2012 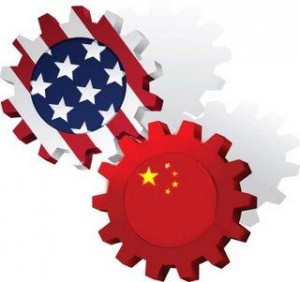 Depending on one’s ideological bent, America’s so-called “pivot to Asia” could be interpreted in varying ways. However, one thing that is increasingly clear is that the Obama administration is intent on re-asserting America’s strategic centrality in the Asia-Pacific. This was very explicit in Secretary of State Hillary Clinton’s 2011 piece for Foreign Policy, entitled “America’s Pacific Century.”

The U.S. pivot to Asia is motivated and shaped by both economic and military-strategic factors. Essentially, it is still an ongoing process that will depend on the cooperation of regional allies as well as the evolving patterns of Sino-American relations.

While the proponents of the pivot argue that it enhances regional security, it is in reality precipitating a much more explicit Sino-American rivalry, thus undermining the prospects of an amicable and pluralistic regional order. Ultimately, America’s growing military presence in the region could backfire, giving birth to what it dearly seeks to prevent: as it tightens the noose around China, the pivot could become a self-fulfilling prophecy by encouraging Beijing to take more drastic and aggressive counter-measures.

China’s growing naval assertiveness in adjacent disputed waters is already an indication of this ominous trend.

The Anatomy of the Pivot

There are two dimensions to America’s pivot to Asia. First, it is a logical “rebalancing” of America’s global strategic-military commitments in light of a sober recognition of the country’s overextension in the Eurasian region. This rebalancing gained its initial momentum with the U.S. withdrawal from Iraq in 2011 and the planned withdrawal from Afghanistan in 2014. It explains why the United States played a “supporting role” rather than occupying the center stage during the Libyan military campaign early last year. It also explains America’s hesitance to take drastic actions against the Syrian regime, while mainly focusing on a diplomatic resolution of the Iranian nuclear conundrum.

Second, it is a response to the growing importance of the Asia-Pacific region in both economic and strategic-military terms in the 21st century. As the region transforms into the center of global economic output and productivity, America’s embattled economy is in desperate need of growing export markets and trading partners to rejuvenate its shaky foundations.

In this sense, it is essentially a continuation, or resuscitation, of earlier attempts by the Clinton administration to enhance the U.S. economic presence in booming Asian markets. After all, the region hosts industrial giants such as Japan and China; “newly industrializing countries” (NICs) such as South Korea, Hong Kong, Thailand, Singapore, and Taiwan; booming emerging markets such as Indonesia, India, Vietnam, and the Philippines; and vast investment opportunities in places such as Bangladesh and Myanmar.

Obviously, it is the strategic-security dimension of America’s pivot that is most controversial. While the Clinton administration pushed for the accommodation of China as a “strategic partner” and witnessed the drawdown of the U.S. military presence in the Philippines, the Obama administration is instead increasingly concerned with “constrainment” of China—preventing the emergence of China as a strategic competitor through the deployment of diplomatic, economic, and military assets.

The United States has been deepening its strategic presence in the region, expanding its bases in Australia, re-asserting its commitment to forward-deployment bases in Japan and South Korea, upgrading facilities in Guam, re-concentrating U.S. naval firepower (i.e. aircraft carriers), and extending its rotational presence across Southeast Asia. Looking at the Pentagon’s 2012 Defense Strategic Review, China (along with Iran) is clearly identified as a key challenge to U.S. global supremacy in the 21st century.

The pivot is more of an evolving strategic disposition than a fixed and concrete element of a broader “grand strategy” for the 21st century. It is a reflection of a United States that is catching up with the march of history after almost a decade of strategic fiasco by the Bush administration.

Washington has realized that its global war on terror (GWOT) has brought it close to the brink of fiscal collapse and strategic overextension, allowing countries like China (and even Russia) to gain significant ground in Asia. Thus, the Obama administration is simply trying to re-assert America’s century-old foothold in the region, while hedging its bets against a rapidly rising China.

But we no longer live in a world where a group of powerful countries can treat the globe like a chessboard. In an era of “smart power,” the United States is at best a stage master, influencing events on the ground without explicitly dictating the terms of action or unilaterally determining the course of history. Thus America’s pivot to Asia is an ongoing project that will require the growing cooperation of its allies to succeed.

Fundamentally, it is an evolving strategy that will greatly depend on two inter-related developments: the U.S.-China relationship and Beijing’s military posturing in the Western Pacific..

America’s pivot to Asia is an evolutionary process, especially in the strategic-security realm, primarily because it is a reaction to China’s growing military assertiveness in recent years.

However, this view represents only half of the story, since the pivot is characterized by a constellation of dynamic “threat perceptions” straddling China, on one hand, and the United States and its allies on the other. To put it simply, China is as much as an architect of the so-called pivot as the United States.

The more aggressive China is in expanding its naval capabilities and asserting its territorial claims, the more determined is the United States to re-assert and deepen its foothold in the region. From China’s point of view, the U.S. pivot is a provocative process, which in turn fuels Beijing’s growing assertiveness, especially in territorial disputes in adjacent waters.

Additionally, U.S. allies—from the Philippines to Vietnam and Japan—are playing their own strategic games, simultaneously testing America’s commitment to regional (or bilateral) security and China’s ability to exercise self-restraint. Of course, on the other side of the fence you have China’s quasi-satellite states in Indochina—namely Laos and Cambodia, and to a certain degree Myanmar (although Myanmar has begun to distance itself from China since the onset of its liberalization process).

Outside this theater of strategic jostling, states such as Indonesia—the informal leader of the Association of Southeast Asian Nations (ASEAN)—are most interested in preventing a brewing Sino-American rivalry from turning into a direct confrontation, desperately trying to manage a region splintering along conflicting allegiances and competing national interests.

Since 2009, China has stepped up its military operations in the region’s seas, intimidating neighboring countries—and key U.S. allies—like Vietnam, the Philippines, and Japan. But encouraged by America’s growing focus on Asia, U.S. allies have also become much more confident in asserting their territorial claims against Beijing. A confident Beijing, in light of America’s growing economic woes in the aftermath of the 2008 Great Recession, has also spared few punches to assert its antiquated and notorious “nine-dash line” doctrine, which grants China, albeit symbolically, “inherent sovereignty” over practically everything in the energy-rich South China Sea (SCS) basin.

In 2010, in response to China’s growing belligerence in the disputed territories, the Obama administration—also encouraged by regional allies—found an opportunity to carve out its place as a direct stakeholder in the ongoing conflict. By committing itself to maritime security and the freedom of navigation in the SCS, the United States has practically declared its pivot to Asia as a form of deterrence against Chinese-sponsored aggression.

Increasing the Chances of Conflict

Crucially, there has been hardly any explicit reference to China as a motivating factor behind growing security cooperation between the United States and its regional allies. This is obviously an attempt to allay China’s anxieties about the emergence of a U.S.-led, regional effort to contain its rapid rise.

However, facts on the ground put lie to such caution: Vietnam and the Philippines are clearly seeking American military assistance in the form of greater rotational presence, joint military exercises, arms sales, and increased military aid. Japan—facing renewed clashes with Beijing over disputed territories in East China Sea—has sought the United States’ explicit reiteration of its commitment to their Mutual Defense Treaty. Both sides of the simmering conflict are fully aware that China’s rise is at the center of the pivot.

Ironically, the whole pivot phenomenon is encouraging all stakeholders to take bolder positions vis-à-vis regional territorial conflicts. Amidst their own leadership transition phase, Chinese leaders are intent on shoring up domestic popular support by taking a tougher stance towards neighboring countries. They have been using a combination of paramilitary elements (fishing boats and surveillance vessels), diplomatic-economic intimidation, and threat of force to assert their territorial claims.

America’s allies are meanwhile invoking the United Nations Convention on the Law of the Sea (UNCLOS) and the 2002 ASEAN-China Declaration of Conduct of Parties in the South China Sea to place further pressure on China and establish a more binding regional Code of Conduct (COC) to constrain its behavior.

ASEAN itself, supposedly a pan-regional mediator and an anchor of regional cooperation and security, has been the latest casualty of this brewing conflict. Earlier this month, Cambodia, ASEAN’s current chair, spared no effort to prove its loyalty to its main economic partner—China—by blocking the inclusion of the Sino-Filipino conflict over the Scarborough Shoal in the final communiqué of the ASEAN foreign ministers meeting. The fate of the provisional guidelines for a more binding regional COC is also in limbo.

The incident was a sobering reminder of how hopes for a peaceful resolution of territorial disputes in the SCS are being undermined amidst growing assertiveness among the parties, all against the backdrop of an intensifying U.S. pivot to the region.

The growing U.S. military presence may have boosted the morale of allies such as the Philippines, but it is also shifting the focus away from diplomacy and dialogue towards brinkmanship and competitive alliance-building.