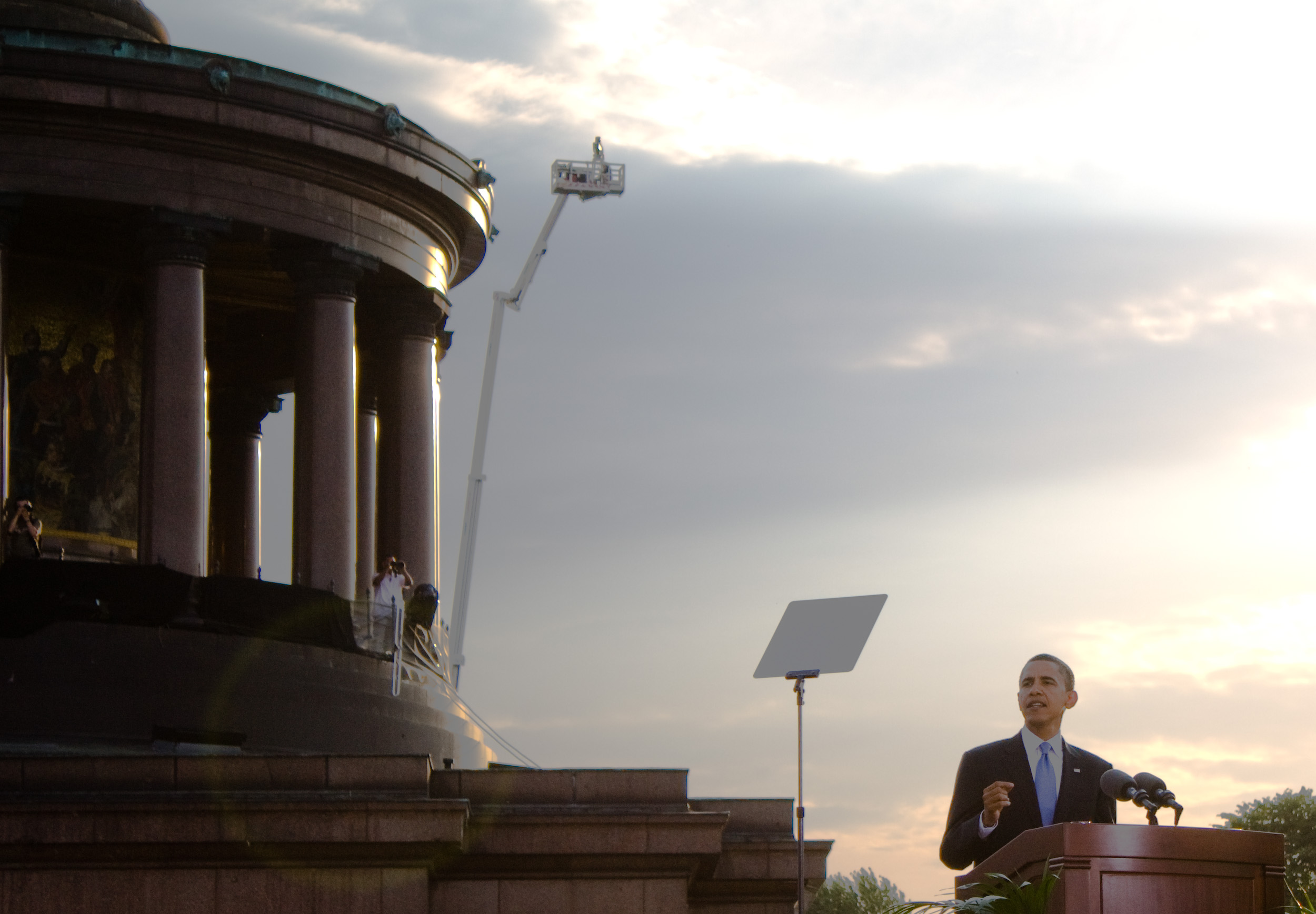 Barack Obama is no pacifist. But compared to his hawkish critics, he's embraced a hard-earned modesty about the efficacy of military intervention. (Photo: Wikipedia)

Realism about the Obama Doctrine

Obama’s foreign policy legacy will not be secured unless he addresses head-on the belief that we have the power to achieve our objectives by threats, intimidation, and coercion.
By Diana L. Ohlbaum | May 22, 2014

“Speak loudly and carry a small stick.” That pretty much sums up the advice provided by a steady stream of withering critics of President Obama’s foreign policy.

Spurred by off-the-cuff remarks the president made at a news conference in the Philippines last April, the elite blogosphere lit up across the spectrum with attacks on Obama’s “small ball” diplomacy. Apparently his detractors think that ending the wars in Iraq and Afghanistan while avoiding costly new military entanglements, preventing terrorist attacks on American soil, ratifying a strategic arms limitation treaty with Russia, removing chemical weapons from Syria, freezing Iran’s nuclear program, closing secret detention facilities, and mounting a humanitarian response to Haiti’s massive earthquake don’t count for much.

Amid all the puffery, what few seem to recognize is how closely Obama’s foreign policy hews to what Stephen Walt describes as the realist philosophy. The president has refrained not only from “naïve idealism” but also from “threat-mongering and the misguided military engagements that flow from both tendencies.” An approach that “relies on the United States deploying every possible economic and institutional lever before resorting to armed force,” as the Washington Post characterized the Obama doctrine, is a sign of wisdom, not of weakness.

In defending his steady, pragmatic approach to the complex challenges around the world, Obama lashed out against those who have failed to learn the lessons of the Iraq war. “Frankly,” he said, “most of the foreign policy commentators that have questioned our policies would go headlong into a bunch of military adventures that the American people had no interest in participating in and would not advance our core security interests.”

No Boots on Ground

Neither the American public, Congress, nor most of Obama’s hawkish critics actually have the stomach for “boots on the ground,” be it in Syria, Ukraine, or anywhere else that red lines have been crossed, rights trampled, and lives destroyed. After over a decade of war that left the U.S. economy in tatters, such an approach would not be politically sustainable. Recent polling data shows that nearly half of Americans want the United States to reduce its role in global affairs, and a majority say that Washington should “mind its own business” internationally.

True, the “alternatives” proposed by right-wing critics of Obama’s foreign policy often fall short of outright intervention overseas. They recommend arming opposition forces, conducting provocative military exercises, pre-positioning military equipment, ratcheting up sanctions, and taking firm rhetorical stances. But while they caution against drawing “red lines,” their prescriptions amount to throwing a few Molotov cocktails and then retreating to the safety of their armchairs.

What President Obama understands is that sending weapons to ill-equipped and poorly trained forces is highly unlikely to deter far more capable adversaries or to change the eventual outcome. On the other hand, it is quite likely to prolong the suffering of civilians, increase the risk of weapons ending up in the wrong hands, and draw us ever closer to direct military confrontation. And once we intervene, we have a responsibility to think about not just “the day after,” but the months and years and decades after.

The Lessons of Libya

This, in fact, is precisely the lesson we learned in Libya, where factional fighting has intensified over the last weeks. As the Washington Post editorialized, “The Obama administration and its NATO allies bear responsibility for this mess because, having intervened to help rebels overthrow Gaddafi, they then swiftly exited without making a serious effort to help Libyans establish security and build a new political order.” Post-conflict recovery requires significant commitments that often include boots on the ground. For instance, nearly 15 years after the end of the conflict, NATO retains 5,000 troops to keep the peace in Kosovo.

Libya has been a cautionary lesson for the Obama administration: political order is rarely established on the battlefield. Leaving military action, direct or indirect, as a last resort is not an indication of indecisiveness or lack of resolve. It’s an acknowledgement that the use of force has a poor record of creating lasting stability at an acceptable cost. And it’s a refusal to take on long-term financial commitments without informed public consent.

Ultimately, however, Obama’s foreign policy legacy will not be secured unless he addresses head-on the belief that we have the right, the responsibility, and the power to achieve our objectives by threats, intimidation, and coercion. Many of the greatest challenges to our own national, economic, and human security—climate change, pandemic disease, proliferation of weapons of mass destruction, the desperation of over a billion people living in extreme poverty—transcend borders and defy military solutions.

It’s time to give up on the notion that we can or should control the world. Instead we should focus on building a more effective and constructive model for engaging with it. Given a better articulation and the development of new diplomatic tools, this could be the enduring value of the Obama doctrine.

Diana Ohlbaum is a senior associate at the Center for Strategic and International Studies and a former senior professional staff member of the House Foreign Affairs Committee.