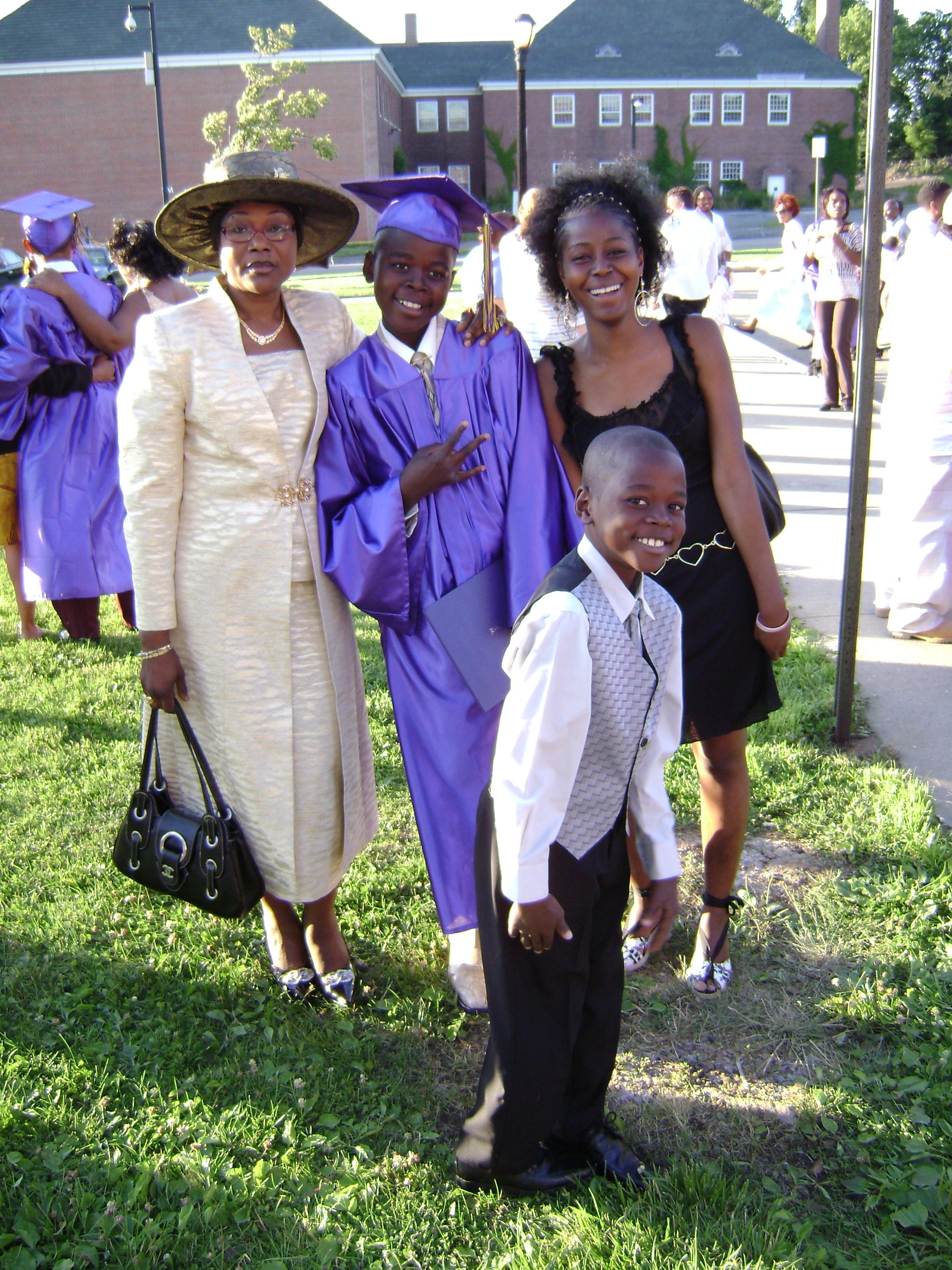 President Obama has made some progress in making it easier for legitimate asylum-seekers to stay in the United States. But more can be done.
By Anna Theofilopoulou | June 22, 2010 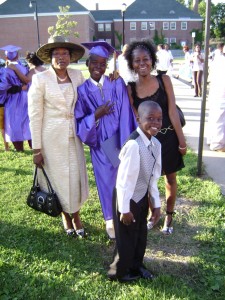 On May 14, 2010, a U.S. immigration judge granted asylum to President Barack Obama’s Kenyan aunt in a second hearing. Zeituni Onyangohad applied for asylum in 2002, but the request was denied in 2004 and she was ordered to leave the country. She stayed on, fighting the order. The asylum process is confidential, as are the grounds for the judge granting the request.

Although the White House stated that the president played no role in the case, he no doubt followed the procedure. The president mentioned his aunt and his 1994 visit with her in Kenya, in his book Dreams From My Father. Given this background, asylum policies are likely to be close to the president’s heart.

And indeed, the Obama administration has made some progress in reforming U.S. asylum policies, particularly with new rules around detention. But much can still be done to ensure that the United States continues to provide a safe haven for the persecuted of the world.

Those who seek asylum in the United States must usually apply within a year of their arrival to the country, and must prove to an asylum officer or an immigration judge that their fear of returning to their country is well founded. The fear of persecution can be based on past or future persecution, and it must be due to one’s political opinion, religion, ethnicity, or membership in a particular social group.

Asylum may be granted, for example, due to persecution on account of one’s sexual orientation, due to severe domestic violence, on the basis of female genital mutilation, or resistance to forced marriage.

Applicants may be placed in detention after their arrival, if they don’t have a valid visa or other document that grants permission to enter the United States. In 2009, 49,000 people applied for asylum. Out of those claimants, 22,119 were granted asylum, a slight decrease from the 22,838 accepted in 2008 and a further decrease from the 25,124 in 2007. Among developed countries, the United States has the largest number of asylum applicants, followed by France and Canada.

The Obama administration has certainly made some progress in asylum policy, by issuing new policy guidelines that eliminate the automatic long-term detention of persons who came to the U.S. without a valid visa to escape persecution and torture and ask for asylum. These new guidelines went into effect on January 4, 2010. Asylum seekers are still detained, pending an interview with an asylum officer to determine that they have a credible fear of persecution. Under the new guidelines, however, asylum seekers who pass the credible fear interview will be given a parole interview within seven days to determine that they are eligible for release from detention. According to non-governmental advocacy groups for asylum seekers, these new guidelines need further improvements for they still place an undue burden of proof on the applicant. They are nevertheless a welcome first step.

However, other issues have a detrimental effect on the handling of asylum requests by the U.S. government and a negative impact on the chances of legitimate asylum seekers. Moreover, these issues prevent the U.S. government from dealing effectively and expeditiously with the cases.

Asylum seekers, for instance, must file a claim within one year of their arrival in the United States or else their request will be denied on those grounds. The limited exceptions to the one-year filing deadline include extraordinary circumstances related to the failure to file, such as a debilitating illness or a change in government in the country of origin. However, the one-year filing deadline has resulted in the denial of thousands of deserving applicants and their subsequent deportation.

To address this situation, on March 10 three members of the House introduced the Restoring Protection to Victims of Persecution Act (H.R. 4800), which would abolish this artificial deadline. Recently, 87 faith-based, human rights, legal services, and refugee assistance organizations and 81 individual asylum law practitioners, pro bono attorneys, law professors, and other experts have written to members of Congress asking them to support the Act.

Another problem is the extremely heavy caseloads of immigration officers, judges, and lawyers representing the U.S. government. These individuals barely have any time to familiarize themselves with their cases, which often results in rejections, appeals, or delays, costing both the asylum seeker and the U.S. government time and resources. Currently 242,776 cases await resolution in the immigration courts. Often, asylum seekers are denied their claim, because the person deciding or arguing against their case does not appear aware of basic facts about the claimant’s country of origin or the case in question. Increasing the number of judges and immigration officers as well as providing them with sufficient support staff will not only improve performance, it would also enable authorities to distinguish between legitimate cases and those that have no merit or could compromise national security.

An additional problem is the limited number of pro bono lawyers able and willing to take up asylum cases. Most are so overworked that they cannot take new or complicated asylum cases. This scarcity, in combination with the one-year deadline to file for asylum, has a devastating effect on many asylum seekers’ chances for a favorable outcome.

The U.S. government should establish a pool of lawyers with immigration expertise, appointed and paid by the government, to work pro bono with the claimants. The suggestion is not as revolutionary as it may sound. Canada for example, appoints lawyers for asylum seekers. The United States also has an established practice of government-appointed defense attorneys to defend indigent criminal defendants. The recent Kentucky v. Padilla decision by the Supreme Court is an incremental step toward establishing an individual’s Sixth Amendment right of representation in immigration court.

Finally, there is a dearth of organizations to help asylum seekers before they are granted asylum. Almost all of these individuals are emotionally and psychologically traumatized when they first arrive here. Most can’t deal with the legal issues involved in starting the asylum process, on top of the challenge of starting a new life in completely new and unknown surroundings. Sometimes asylum seekers miss their one-year deadline. Sometimes they fall victim to unscrupulous operators who promise to help but end up fleecing them. These notaries, “immigration consultants,” and others are not licensed to practice law, and their advice often leads to the denial and deportation of individuals with meritorious asylum claims.

Government grants and support could go a long way to help establish and support non-profit organizations to provide services to asylum seekers that can help them have their cases properly adjudicated. This can also result in quickly separating the credible cases from the non-credible ones, thus saving time and resources for everybody involved.

When the system works — when lawyers and NGOs and immigration courts all help an asylum seeker with a legitimate claim find a new home in the United States — the results can be inspiring.

Consider the example of Marta, a young woman from Colombia whose common-law husband turned out to be a paramilitary narco-trafficker. When Marta found out his true identity, she tried to leave him. But he abducted her to the jungle together with their small child and abused her for several months. Marta managed to escape Colombia, leaving her child behind in hiding with an aunt that her common-law husband did not know.

After arriving in Mexico, Marta crossed the border into Texas where, fortunately, a border guard detained her and her group — or else they would have died in the crossing. Marta ended up in a detention center. She was luckier than most in having a Colombian family in New York willing to take her in while she applied for asylum. With the support of the Refugee and Immigrant Fund, Marta was able to overcome her suffering. She was eventually granted asylum by an immigration judge after being represented by a pro bono attorney from the Central American Legal Assistance (CALA), an organization dedicated to representing asylum claimants from Latin America. She has found a job through the Colombian family who took her in, and since she was granted asylum, she can now bring her child to be with her.

Especially after the September 11 terrorist attacks, certain politicians and political commentators have worked hard to instill fear and distrust of “outsiders.” A wave of xenophobia has become pervasive in the country. The United States was built by immigrants fleeing persecution in their own country and people seeking an economic opportunity, knowing that they could make something of themselves if given the opportunity.

The United States is lucky that people with spirit and perseverance choose to come here. As one enlightened if overworked immigration judge said to Marta when he approved her request for asylum: “Welcome to the United States. You have now have been accepted as a refugee and with asylum, you are now able to make a new life. When we accept refugees like you, we all benefit. We benefit because people like you who had the courage to say no to oppression bring along their extraordinary spirit. I wish you the best.”

Anna TheofilopoulouAnna Theofilopoulou is a contributor to Foreign Policy In Focus and a former UN official with background in the Middle East, Africa, and Latin America. She is currently senior advisor to the Refugee and Immigrant Fund, a New York-based non-profit organization providing asylum seekers with legal and psycho-social support on their way to legalization in the United States. The author would like to thank Zachary Sanders and Maria Blacque-Belair for their help on this article.