The elections of Sunday, July 4th, in fourteen Mexican states can be seen as a struggle for Mexican territories by diverse power groups, including the drug cartels. And in the case of Oaxaca, it is, furthermore, the exercise of its citizenship by an aggrieved population whose movement was defeated in 2006, and which has subsequently turned to voting as a manifestation of their rejection of Ulises Ruiz and the political group that he represents.

END_OF_DOCUMENT_TOKEN_TO_BE_REPLACED

The Opposite Game: All the Strangeness of Our American World in One Article

Have you ever thought about just how strange this country’s version of normal truly is? Let me make my point with a single, hardly noticed Washington Post news story that’s been on my mind for a while. It represents the sort of reporting that, in our world, zips by with next to no reaction, despite the true weirdness buried in it.

END_OF_DOCUMENT_TOKEN_TO_BE_REPLACED

Marylanders in Odenton, Annapolis, Frederick and our hometown of Columbia had their suspicions answered last week when The Washington Post published a three-part series about our unchecked, out-of-control expansion of the defense and intelligence operations that have grown since 2001. The expansion of this influential sector has been evident to us, as it has to Americans all around the country living near other defense and intelligence contractors and federal intelligence agencies.

END_OF_DOCUMENT_TOKEN_TO_BE_REPLACED

At Local Level, Secrecy Industry Puts a Damper on Neighborliness

Living in an area populated by a workforce with security clearance at intelligence agencies and contractors eliminates, among other things, all talk of work.

END_OF_DOCUMENT_TOKEN_TO_BE_REPLACED

There are moments that define a war. Just such a one occurred on June 21, when Special Envoy Richard Holbrooke and U.S. Ambassador to Afghanistan Karl Eikenberry helicoptered into Marjah for a photo op with the locals. It was to be a capstone event, the fruit of a four-month counterinsurgency offensive by Marines, North Atlantic Treaty Organization (NATO) allies, and the newly minted Afghan National Army (ANA) to drive the Taliban out of the area and bring in good government.

END_OF_DOCUMENT_TOKEN_TO_BE_REPLACED

Whenever the social forum speaks of itself as the future of the U.S. Left, vexing issues arise: Can any coherent political program emerge from an amorphous, multi-issue assembly? Can we formulate a vision of the Left without more serious participation from key progressive constituencies such as organized labor? Can the collection of radicals and community-based organizations that are present here become a political force with mainstream reach, or are they too self-marginalizing? The answers are not easy to come by, and non-starry-eyed attendees can easily grow wary in contemplating such imposing matters.

END_OF_DOCUMENT_TOKEN_TO_BE_REPLACED

Instead, increasingly acrimonious exchanges between Beijing and Washington reveal the contradictions inherent in attempting to shoehorn an authoritarian, mercantilist, and suspicious nation into a refurbished world system that ostensibly promotes democracy, open markets, multilateralism, while forcefully advancing American interests.

END_OF_DOCUMENT_TOKEN_TO_BE_REPLACED

Finally, a Forum for Victims of the “Wars on Drugs”

Those most affected by drugs and drug policies — from urban youth to coca farmers — usually find themselves sidelined in the debate over drug policy.

END_OF_DOCUMENT_TOKEN_TO_BE_REPLACED 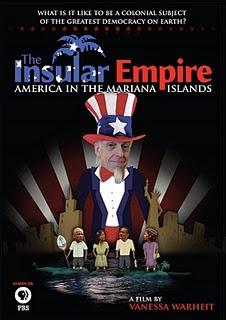 The past colonial possessions of the United States seem to have slipped from public consciousness. Most American troops left Cuba, the Philippines, Haiti, and the Dominican Republic many decades ago, so little more could be expected of a nation that hardly remembers the two wars it is currently fighting.

END_OF_DOCUMENT_TOKEN_TO_BE_REPLACED

The U.S. has spent a trillion dollars since 2001 on military operations in Iraq and Afghanistan. Now, it is being estimated that another $800 billion plus will be added to the tab before the wars are ended, yet it’s questionable what the return on that investment is. New ideas and new perspectives are needed to rebalance a deeply dysfunctional system.