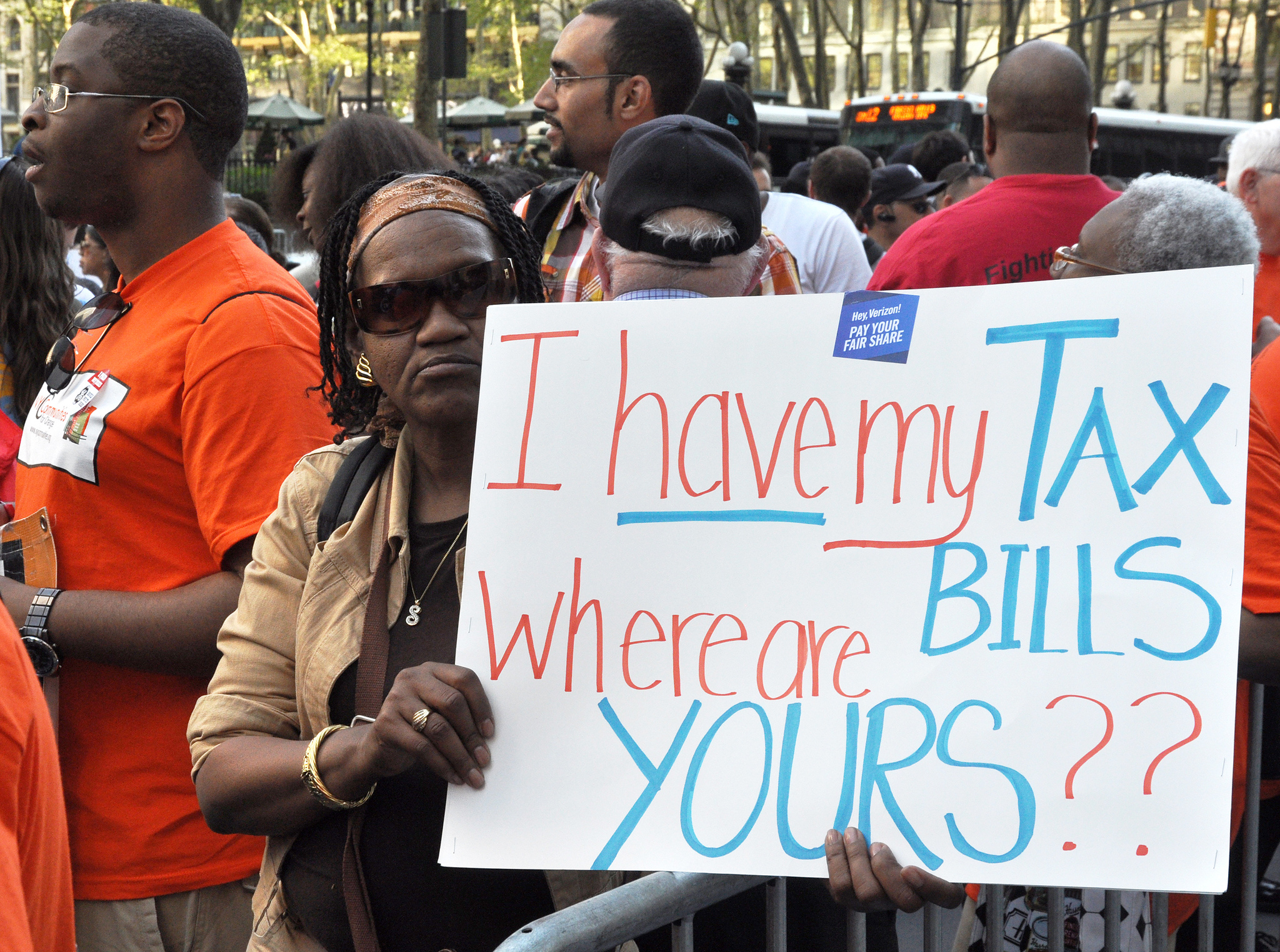 One of the seedier tax tricks of U.S. corporations has been to merge with foreign firms — without actually moving their operations overseas.
By Josh Hoxie | April 14, 2016

How do you generate tens of billions of dollars in new revenue without raising taxes or passing a law through Congress? Block a corporate inversion, that’s how.

President Obama recently announced new rules from the Treasury Department designed to close what he called one of the most “insidious tax loopholes out there.” The rule targets corporate inversions, a maneuver in which an American firm merges with a foreign firm in order to avoid paying taxes in the United States — without actually moving their operations overseas.

“They declare that they’re based somewhere else,”Obama explained, “thereby getting all the rewards of being an American company without fulfilling the responsibilities to pay their taxes the way everyone else is supposed to pay them.”

The planned merger between American pharmaceutical giant Pfizer, maker of Viagra, and the Irish pharmaceutical company Allergan, maker of Botox, was the most high-profile inversion to hit the news recently. Pfizer’s blatant tax dodging motives sparked serious backlash from tax fairness activists and organizations, 55 of whom sent a letter organized by Americans for Tax Fairness to Treasury Secretary Jack Lew demanding he take action. Less than a month later, he did.

Frank Clemente, executive director of Americans for Tax Fairness, called the move great news for American taxpayers. “Treasury has taken an important step to improve the overall corporate tax system,” he said. “These rules move in the right direction to level the playing field for domestic companies competing with multinationals.”

The ruling from Treasury has already had an impact. Pfizer announced on April 6 it was canceling its $160-billion merger, along with $35 billion in estimated tax avoidance.

The administration can tighten the rules around practices like inversions, but legislation from Congress is required to ensure that all of the nefarious loopholes that enable corporations tax dodging are closed. Some extra motivation for Congress to act arrived earlier this month in the form of 11 million documents called the Panama Papers.

As my colleague Chuck Collins outlined in a recent write-up in The Nation, the Panama Papers provide an inside view into the inner workings of the ultra wealthy’s finances. Panama has long been a favored tax haven for the global elite given its low taxes, lax oversight, and hush-hush approach to coordinating with foreign authorities. While we’ve always known that the wealthy were using the country to hide their assets and shady financial dealings from public scrutiny and tax liability, this is really the first insight into just how extensive the practice is.

Thousands of people have been implicated, including 12 current and former world leaders — and that’s just the first of what is expected to be many releases. Already, the prime minister of Iceland has stepped down due to revelations made from the Panama Papers, and British Prime Minister David Cameron is under pressure.

One can assume that more American names will be included soon, as the German newspaper responsible for the leak, Süddeutsche Zeitung, has indicated.

There is only so long Congress can ignore the blatantly dishonest practice of offshore tax evasion. While many assume tax evasion on such a massive scale is criminal, current U.S. law protects many of these activities. This hurts working families who suffer from the resulting major reduction in federal revenue and public services. Yet the latest news should inspire those wishing to see a tax system that promotes fairness and prevents corporations and the ultra wealthy from gaming the system in their favor.

Josh Hoxie directs the Project on Opportunity and Taxation at the Institute for Policy Studies. He is the co-author of the recent study, Billionaire Bonanza: The Forbes 400 and the Rest of Us.