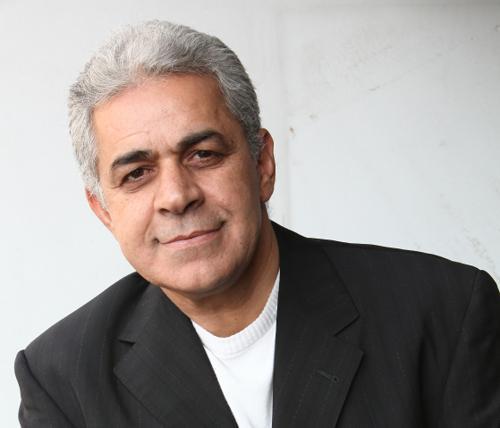 The Nasserite candidate Hamdeen Sabahi came in third in the first round of the Egyptian presidential election. Is his Dignity Party the wave of the future?
By Giorgio Cafiero, Melissa Moskowitz | June 7, 2012 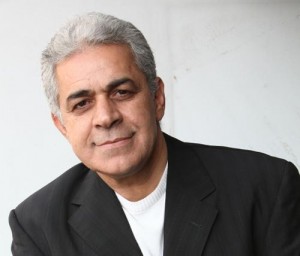 The gains of the Muslim Brotherhood’s Freedom and Justice Party and the Salafist al-Nour Party in the 2011-2012 parliamentary elections, as well as the Brotherhood’s Mohamed Morsi’s first-place showing in the presidential election, demonstrate that Egypt’s Islamists carry widespread support throughout the country. Nonetheless, the surge of enthusiasm for Hamdeen Sabahi, which placed him third in the presidential election (fewer than 5 points behind Morsi), demonstrates the growing strength of Nasserism in post-Mubarak Egypt.

Although the Western media has been consumed discussing the strength of Islamists parties in Egypt, there has been little discussion surrounding the growing support for the Nasserist Dignity Party’s agenda for Egypt. The expanding popularity of Nasserist politics and the Dignity Party may in the future present a viable alternative to both the Mubarak regime and the Islamists, ultimately positioning Egypt on a new course domestically and internationally.

At the heart of Sabahi’s presidential campaign was a commitment to socialism and a challenge to the neoliberal economic policies touted by both secular authoritarian parties and Islamist parties alike. Sabahi’s outspoken opposition to Egypt’s neoliberal reforms dates back to 1977, when he attended a meeting that Anwar Sadat held with students at Cairo University. Then a student in his early 20s, Sabahi stood before Egypt’s leader and criticized the economic policies that had erased the reforms made by his predecessor, Gamal Nasser.

The Dignity Party supports the idea of “national state capitalism” as a more equitable alternative economic model to neoliberalism. Sabahi’s policy proposals include greater central planning, doubling the fees in the Suez Canal, enacting a minimum and maximum wage, increasing taxes on wealthier Egyptians, and seeking greater remittances from Egyptians abroad. “Regarding the economy and social justice,” he said, “I hope to establish a state-capitalist Egypt, in which the public and private sectors cooperate with one another. The Egyptian should be entitled to eight things: housing, health care, food, free education, work, insurance and a fair wage, and a clean environment.”

When asked about his plan for revitalizing Egypt’s agricultural sector, he responded: “Peasants and agriculture have a special place in my agenda. Egypt mainly is an agricultural country and I will call off all debts, which weigh on every Egyptian peasant.” Sabahi also expressed his opposition to energy subsidies. “I will cancel all subsides for gasoline,” he said, “which will at least provide the Egyptian treasury with $70 million, and I will also rethink energy subsides to big companies, which pay very little and gain too much.” He promised to raise salaries for working public and private sector employees and increase aid to programs for Egypt’s poor as soon as possible.

A key pillar of Nasserist ideology is secularism, which has pitted Nasserists against the Muslim Brotherhood for decades. The question of whether Egypt should be governed by a civil or Islamic state divides the country. In the May presidential election, Egyptians who feared the establishment of an Islamic state split their votes among the SCAF-favored Ahmed Shafiq, the Western-backed Amr Moussa, and Sabahi.

An important division among secular voters is the question of support for or opposition to the revolution. The Egyptians who opposed the revolution and support a civil state mainly supported Shafiq and Moussa, drawn to their law-and-order campaign rhetoric. However, Sabahi’s support mainly came from Egypt’s secular revolutionaries, who participated in the ousting of Mubarak and rejected a theocratic influence on the state. This secular support base is concerned with the tension and setbacks an Islamist-influenced legal system could represent for women and non-Muslim Egyptians.

The transformation of Egyptian foreign policy during the 1970s under former President Anwar Sadat’s leadership was an important turning point for the country. In Robert Dreyfuss’ words:

Where Nasser had forged ties to Syria, Iraq, and Algeria, Sadat embraced the conservative monarchies of Saudi Arabia and the Gulf. Where Nasser relied on the Soviet Union for arms and maintained a nonaligned posture internationally, Sadat broke Egypt’s ties to the USSR and enrolled Egypt in America’s Cold War bloc. And where Nasser promoted Egypt as a Third World leader along with Yugoslavia, India, and African and Latin American nations, Sadat implemented an Egypt-centered go-it-alone foreign policy.

Throughout Sabahi’s political life, he has been an outspoken critic of Egypt’s post-Nasser foreign policy. “Under Sadat and Mubarak,” he mused, “Egypt abandoned its leading role in the Arab world to become a party to the U.S.-Zionist vision for the region.” As a presidential candidate, Sabahi invoked Nasser’s vision for Egypt as a leader in the Arab world whose sovereignty is respected by foreign powers, particularly the United States. “We aren’t enemies of the American people,” he has insisted, “but our disagreement is with the ruling authorities of the U.S., whom our rulers used to bow to and make Washington, DC their political Mecca. I will not perform a pilgrimage to the White House and will not bow before it, but at the same time I do not bear hostility to the U.S. … If the U.S. respects Egypt’s interests, then surely Egypt will respect [America’s] interests in return.”

Sabahi has also criticized Egypt’s peace treaty with Israel and has promised to “cut off natural gas supplies to Israel, which is not part of the treaty.” He added, “We have no obligation [to export gas to Israel]. It is a waste of national wealth and a subsidy to an enemy who is using it to kill our Palestinian brothers. Meanwhile, Egyptian housewives are having hard time finding a gas bottle.” However, while he allowed that “war with Israel is not something one can rule out,” he has insisted that Egypt’s development is his first priority. “The sacred battle I embrace in my program,” he said, “is a battle against poverty and not a war against any outside party. … We do not seek war and we will try to avoid it, because we have an obligation to develop our country first.”

In addition to resurrecting Egypt’s Arab nationalist identity by redefining its relationship with Israel and gaining greater autonomy from the United States, Sabahi has also advocated that Egypt seek closer ties with two non-Arab states in the region – Turkey and Iran. “We also need to form an Arab triangle with Turkey and Iran. In the past, we have fought with Turkey and Iran, because we were acting as mediators for Israel and the U.S.” Shortly before the election, Sabahi emphasized the need for Egypt to facilitate the Islamic triangular relationship between Arabs, Turks and Persians. “The triangle needs to be restructured to reflect the shared culture and religion, the historical and geographical realities, and reciprocal economic interests,” he declared. “Hostility is damaging to the Islamic world and to this particular triangle. We have all been engaged in proxy wars that benefited America and Israel, not the Arabs and definitely not the Egyptians.”

The rise of Nasserism in Egypt could have important implications for U.S. policy. U.S. hegemony in the region has depended on the failure of nationalist movements in the Middle East. The prospects for Egypt returning to its role of the 1950s and 1960s, as a confrontational state in the Arab-Israeli conflict that espoused Arab nationalism and Palestinian rights, are important because Egypt is a large country with a strong military and large population that has historically been a center for Arab culture. If Egypt embraces a Nasserist agenda, the balance of power in the Middle East could shift if a leader like Sabahi removes Egypt from the U.S./Saudi Arabia/Israel axis of influence and redefines Egypt’s foreign policy in a pan-Arabist direction. Washington fears that a pan-Arab leader in Egypt would end Cairo’s alliance with Israel and Saudi Arabia and form ties with regional actors that resist (either mildly or boldly) U.S. hegemony, such as Turkey, Syria, Iran, Hezbollah, and Hamas.

In October 1973, the Arab states demonstrated that they had the capacity to balance Israel militarily when their forces combined. Extensive diplomatic efforts and economic bargaining on the part of the Nixon, Ford, and Carter administrations lured Egypt out of the pan-Arab circle and into the Washington/Riyadh/Tel Aviv sphere of influence. With the most powerful Arab state removed from Israel’s set of enemies, the Israelis were positioned to dominate the region, which occurred from 1979 until the present when Israel invaded Lebanon, bombed Iraq, Tunisia, and Syria, and accelerated the growth of settlements in Palestinian territory without retaliation from an Arab state. In other words, Israel’s position of dominance in the Middle East has been largely resulted from the 1979 peace treaty with Egypt.

Egypt will not likely adopt a Nasserist agenda any time soon. The Dignity Party holds few seats in the parliament, and either a former Mobarak official or a Muslim Brotherhood candidate will inevitably win the 2012 presidential election. Nonetheless, if the Islamists in government fail to improve Egypt’s economy, the support for Sabahi and his party may continue to grow. If that happens, Washington will have to accept a new Egypt that is less subserviant to the demands of the United States and Israel.