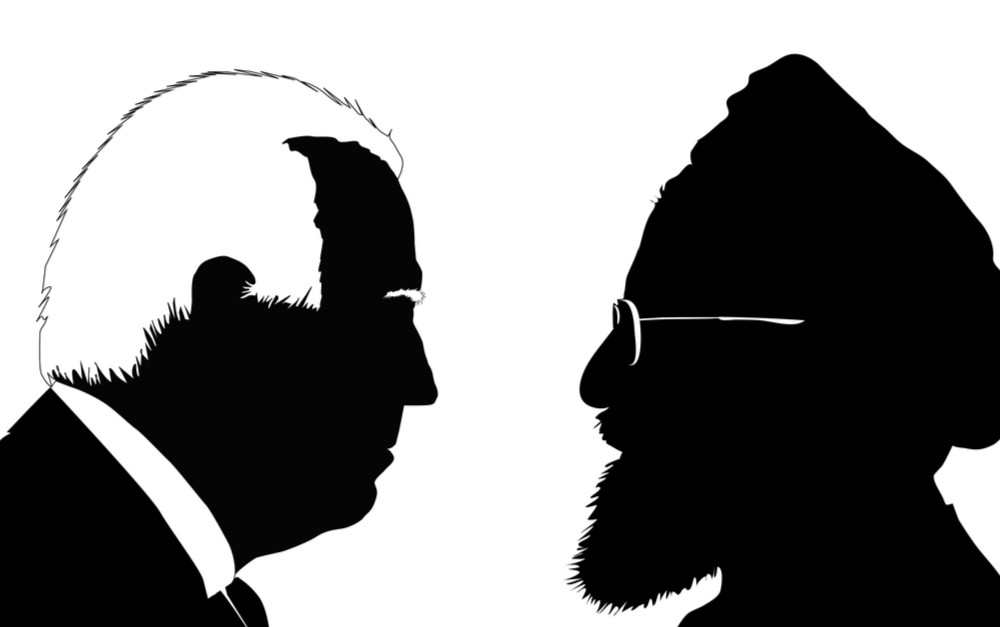 Return to the Iran Nuclear Deal before Talks on Other Issues

The Biden administration should focus on reversing Trump's policy on Iran.
By Manon Dark | March 24, 2021

The current controversy over Iran’s nuclear program is one of Trump’s lingering foreign policy legacies that has proved particularly difficult for President Joe Biden to resolve. The U.S. withdrawal in May 2018 from the Joint Comprehensive Plan of Action (JCPOA), or the Iran nuclear deal, and Iran’s gradual reversal of its nuclear commitments in retaliation for the Trump administration’s re-imposition of draconian economic sanctions has created a foreign policy conundrum for the Biden administration. How the two parties should go about reviving the nuclear agreement and what realistic strategy the Biden administration should adopt toward nuclear talks with Iran are among the key questions driving policy debates on this issue.

The following interview tackles these very questions. Abolghasem Bayyenat is currently a postdoctoral fellow at Harvard University’s Belfer Center for Science and International Affairs where he conducts research on Iran’s nuclear policy. His doctoral dissertation at Syracuse University was on the political dynamics of Iran’s nuclear policy-making from 2003 to 2015. Prior to this doctoral studies, he worked for several years as an international trade expert for Iran’s Ministry of Commerce, where he was involved in bilateral and multilateral trade negotiations between Iran and its trade partners. He has published widely on Iran’s foreign and nuclear policy developments and its foreign trade, some of which can be accessed on his website at www.IranDiplomacyWatch.com .

Manon Dark: When Donald Trump withdrew from the nuclear deal in 2018, how did this impact relations between the United States and Iran?

Abolghasem Bayyenat: Trump’s withdrawal from the JCPOA was received as a stab in the back in Iran and left a deep sense of betrayal among many Iranians. It reinforced the conservative politicians’ long-held conviction that the United States is not a reliable and trustworthy partner and that any engagement with the United States will be short-lived. If implemented in good faith, the JCPOA had the potential to put the Iran-U.S. relationship on a new path and open new avenues for cooperation between the two countries by serving as proof that the two parties are able to keep their end of the deal. However, the U.S. withdrawal and the re-imposition of sanctions on Iran undermined the position of moderates in Iran in advocating for a conciliatory foreign policy and bolstered the hardliners ‘ narrative that only resistance and defiance against the United States can secure Iran’s national interests.

Abolghasem Bayyenat: The experience of the U.S. withdrawal from the JCPOA has made Iran overly cautious about re-engagement with the United States. Iranians are “once bitten twice shy” about it. They don’t want to give up their nuclear leverage first and come back into full compliance with the deal before the United States effectively lifts the sanctions. Given the nature of Iran’s nuclear commitments, which require concrete measures on the ground, once they give up this leverage, it would take them many months or years to rebuild it. This is unlike the U.S. commitments, which can be reversed at the stroke of a pen. To overcome this deadlock, the parties would have to define a modality that would sequence their reciprocal measures for coming back into full compliance. This process should take no more that 3-4 months. This seems to be the only conceivable formula that could satisfy both parties.

Abolghasem Bayyenat: Biden is under domestic pressure not to give any sanctions relief to Iran before the country returns to full compliance with its JCPOA obligations. But he is also cognizant that time is no longer on the U.S. side as Iran has started a more substantial rollback of its JCPOA commitments and domestic political developments in Iran may make it even harder to reach agreement on a mutually-acceptable return to the deal. So, he may be more inclined to consent to a confidence-building measure that does not require the lifting of sanctions prior to Iran’s return to full compliance with the deal. Such a show of goodwill in the form of a confidence-building gesture, like a partial release of Iran’s frozen funds in South Korea and Iraq or the approval of Iran’s application for an IMF loan that may not require the formal lifting of the sanctions, might be in the offing. Such a gesture would also calm domestic opposition in Iran to talks with the United States. But nothing can be taken for granted yet, and things may go in different directions.

Manon Dark: Recent reports have claimed that both Republicans and Democrats in the United States are urging Biden to address other security issues within deal negotiations, some of which Iran has already rejected. Could this be a main sticking point during talks around a deal?

Abolghasem Bayyenat: Adding any new items to the agenda of the talks for returning to the nuclear deal is not a wise choice at this stage and would be a non-starter for Iran. The political climate in Iran is simply not favorable to talks over any new issues, given the poor record of the United States over the past five years in living up to its JCPOA commitments. The U.S. government needs to build the right foundation for engagement with Iran over other issues of concern by first implementing its JCPOA commitments in good faith for at least several years. This would build a minimum level of trust in the United States and create domestic political support for further engagement. The problem with American administrations has been that they have often viewed engagement with Iran as one-time or single-iteration game, rather than using it as a building block for a more lasting relationship with Tehran.

Manon Dark is a journalist writing for Daily Express in the United Kingdom.