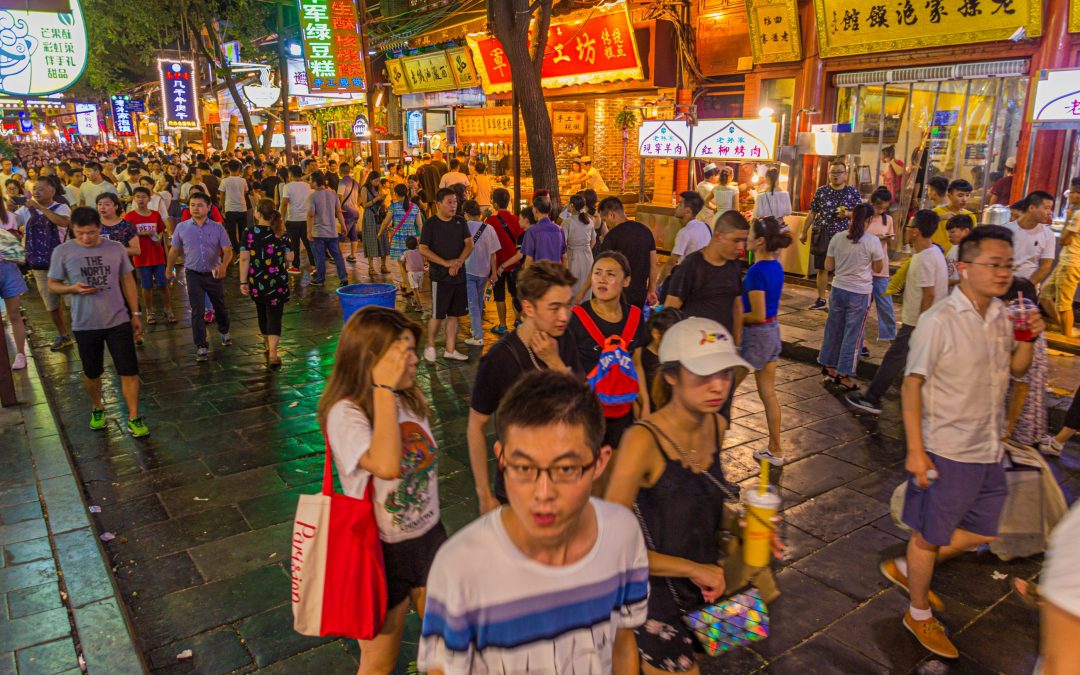 A crowd in Xian (Shutterstock)

Review: One in a Billion

A new book looks at how one man has navigated China's turbulent modern history.
By John Feffer | March 1, 2021

The story of An Wei overlaps almost perfectly with the story of Communist China.

Born in a small village some distance from the northwestern city of Xian, An Wei was seven years old when Mao took control of the country in 1949. As the son of peasants, he was part of the first generation of schoolchildren to get a Communist education. He participated in the new communes of the Great Leap Forward, starved during the famines of the early 1960s, and suffered through the Cultural Revolution. Working as an English translator, he helped China build bridges to the West and join the international community. Later in life, he served as a Communist Party leader in the remote village where he was born, fighting against endemic corruption and for grassroots democracy.

In Nancy Pine’s fascinating biography, One in a Billion, An Wei emerges as the Forest Gump of China. He was not only present for all of the major events that took place after 1949 but even shows up in pictures cheek and jowl with famous personages like Jimmy Carter, Edward Heath, and Helen Foster Snow. But even China scholars will not likely be familiar with An Wei’s story, for he himself is not famous. He is neither a leader nor a dissident. He is just one of the many Chinese who have lived through tumultuous times far from the cosmopolitan cities of Beijing and Shanghai.

Pine uses the story of An Wei as a frame for telling the story of China. She intersperses the account of his life with sidebars about the major events in the modern history of the country: the creation of the communes, the Sino-Soviet split, the traditional village committees. She also moves back and forth in time to describe her recent interactions and interviews with An Wei before delving into the accounts of his early years. The result is both a detailed and a panoramic exploration of her subject, a meditation on both the one and the billion.

An Wei is in many ways a remarkable man. By dint of extraordinary effort, he rose from rural poverty to the top ranks of his profession as a translator. He spent extended periods of time in the United States. He befriended Helen Foster Snow, the first wife of Edgar Snow of Red Star Over China fame, and helped restore her place in the historiography of modern China. He served as the primary translator for many illustrious visitors to Xian.

But what makes One in a Billion even more interesting is how representative An Wei is. During the Cultural Revolution, for instance, he was neither a leading Red Guard nor a vilified rightist. Above all, An Wei was a survivor. He joined one of the main revolutionary factions and created his share of big-character posters commenting on current events. But even though he attended the mass rallies, he tried to keep a low profile.

“Survival in China was like swimming in a vast and turbulent ocean,” Pine writes. “His first task was to figure out how to keep himself alive. Then, if he had any leftover energy, he could try swimming to the opposite shore. If he made a small mistake, if he ended up in prison or was tortured, he would accomplish nothing.”

Even when the Cultural Revolution ended, An Wei and many other Chinese remained in survival mode. Policy shifts in Beijing could be rapid and dangerous. In the 1980s, An Wei took advantage of the improvement in U.S.-China relations to become a visiting scholar at Trinity College in Hartford. He had his criticisms of the Chinese government, particularly the corruption of lower-level officials who were “plucking a feather from every passing goose” in the apt Chinese phrase. But he was careful not to go public with his criticisms. In 1989, when the Tiananmen Square protests began in hope and ended in tragedy, he kept his distance and didn’t get caught up in the subsequent crackdown.

In the 2000s, however, An Wei did stick his neck out. Reluctantly becoming Party leader in his hometown of An Shang Village, he challenged not only the corrupt practices of the village leadership but the endemic habits of conformity among the rural citizenry. Dusting off a copy of an earlier law on villagers committees passed by the National People’s Congress, he pushed through village-level elections, mobilized the residents to help build a new school, and tried to end the corrupt practices by which Party officials routinely profit from their positions.

An Wei’s efforts met with only partial success. The old corrupt officials were voted out, but new ones prepared to take over after An Wei retired. The school got built, but the countryside was emptying out and soon the school was closed because of declining enrollment. A new nationalism was surging throughout the country, thanks to Xi Jinping, and once again much of what An Wei had supported—English clubs, strong ties with the United States, Western liberal ideas—again came under threat.

By the end of the book, An Wei is in his 70s, retired but still involved in various projects. The China of his youth has been completely transformed, and he has played a small but significant role in this transformation. The country has never been more prosperous, and even the residents of An Shang Village have stepped into the modern world through computers and cell phones. But many Chinese continue to tread water in that vast and turbulent ocean, uncertain which way the currents will take them, still unsure of whether it’s safe to strike out for the distant shore.