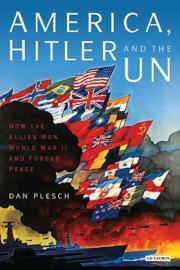 Review: America, Hitler, and the UN

Dan Plesch examines the origins of the United Nations and how this alliance led to victory over the Axis powers and to a stable post-war international system.
By Greg Chaffin | June 2, 2011

According to convention, the United Nations began with the signing of the UN charter in San Francisco in 1945. From that beginning, the organization evolved into a global deliberative body of nearly 200 member states. For some, the UN is incapable of managing an anarchic international system. For others, the UN represents an attempt by the major powers following World War II to maintain or expand their empires by dressing them in the guise of an international democratic order.

Both of these popular narratives can be traced back to a single flawed conception: that the United Nations was created following the victory of the allied powers in World War II. If the United Nations was created out of the ashes of World War II it makes complete sense that the victors would seek to divvy up the world according to their imperial designs and interests. If the popular origin story is correct, it is easy to understand how the organization could be hamstrung by its two largest and most powerful members and the fierce rivalry that was to last for nearly a half century. If the UN began in 1945, it was doomed to be ineffectual or function as a tool of the powerful.

However, the UN did not begin its life in 1945, a fact that Dan Plesch proves definitively in his magisterial work, America, Hitler and the UN.

The United Nations was born on December 29 1941. The brainchild of Franklin Roosevelt and Winston Churchill, the new organization was designed to generate and sustain the necessary domestic and international support necessary to achieve victory in a long and costly conflict, unite the allies and all those nations opposed to the expansion of the Axis powers and offer collective support to the war effort, and develop and implement post-war plans and establish institutions to maintain international peace. Most remarkably, the new organization met all these objectives through shrewd statesmanship, negotiation and often, sheer force of will.

The cooperation engendered among the allies through the fledgling United Nations was particularly vital in the case of lend-lease. Roosevelt deftly navigated the dangerous political waters associated with directing massive amounts of military aid to the Soviet Union by couching U.S. support in terms of its responsibilities and commitments to the UN. This support, coupled with the remarkable sacrifices made by the Russian people, turned the tide against the relentless Nazi advance.

Perhaps even more impressive than the abilities of the allies to coordinate international aid through the United Nations, was the assiduous and early planning undertaken to implement international peace following the cessation of hostilities. Roosevelt realized early on that, unlike the return to isolationism following the end of World War I, the United States, in conjunction with its allies, would be required to largely underwrite international peace. In particular, this took the form of guaranteeing U.S. aid and support as Europe and Asia rebuilt after years of destruction and strife. Indeed, the UN immediately became concerned with directing economic, food and agricultural aid, assisting with global reconstruction efforts, as well as defining institutions to manage international trade and security. These efforts were not limited to only those few powerful states, but also aimed at developing nations, eager to shake off the yoke of colonialism. Founded upon his “Four Freedoms” speech, Roosevelt hope the United Nations, would become a beacon in the world, unifying the international community against tyranny, oppression, and inequality.

If Roosevelt were to step through history and behold his creation today, he would undoubtedly be disappointed. The UN he envisioned was a casualty of Cold War domestic politics. This failure to live up to such ambitious expectations should in no way diminish the UN’s accomplishments. It turned back fascism and helped ensure the decades of peace that followed. Up until now, however, these accomplishments have been unrecognized. With this important book, that is no longer the case.

Greg ChaffinGreg Chaffin is a research assistant with Foreign Policy In Focus.