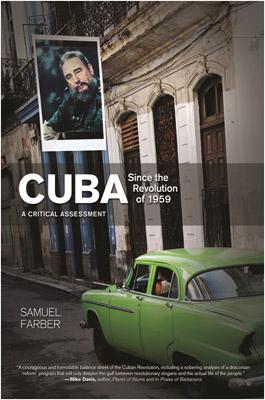 Review: Cuba Since the Revolution of 1959

A new book on Cuba is a thoughtful treatment of a topic that has usually generated more heat than light.
By Rebecca Whedon | March 2, 2012 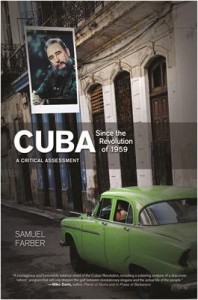 Widely hailed as the most consequential revolution in 20th century Latin America, the Cuban revolution has permeated all aspects of Cuban life. Though countless analyses evaluate just how thoroughly the revolution has transformed Cuba over the past 50 years, few rival Samuel Farber’s work Cuba Since the Revolution of 1959: A Critical Assessment. Simultaneously informative and critical, Farber’s book offers a comprehensive, if self-admittedly biased, evaluation of the changes in Cuba’s society, economy, and government. Farber assesses the past and current Cuban political and economic systems while also proposing possible improvements.

Cuba’s economic development is the most thoroughly covered topic in Farber’s piece. Farber notes that the level of economic development Cuba has seen under Castro’s government falls dramatically short of earlier, revolutionary expectations. Though the initial economic forecast seemed promising, Cuba has failed to industrialize and even seen a great decline in the once booming sugar industry.

Farber weighs the impact of the U.S. economic sanctions, a hotly contested subject in the international community. Although widely seen as the main cause of Cuba’s economic underdevelopment, sanctions have had the adverse effect of concealing from international eyes the “inefficiencies and waste” of a broken, state-controlled economy. Systemic flaws in the centralized authoritarian bureaucracy and not U.S. sanctions, Farber argues, have been the Achilles heel of Cuban economic development. Lack of innovation and overspecialization in sugar production, for instance, have been the main causes of Cuba’s economic woes. Although Farber maintains that U.S. sanctions cannot be wholly blamed for curbing growth, he does acknowledge their effect on one industry in particular: tourism. The continued loosening of U.S. travel restrictions to Cuba – which will result in at least 800,000 additional visitors a year – may provide a large source of revenue for the country in the near future.

Farber does acknowledge some accomplishments of the Castro regime, as one might expect from a self-identified democratic socialist. There is, for instance, the considerable rise in the urban standard of living and the modernization of the education system. Farber also hails the progression of higher education in Cuba toward a more research-oriented system, similar to that of the United States. Still, he notes the continued limited access to this level of education.

When most people look at Cuba, they see an island in the U.S. backyard that has been under the thumb of its superpower neighbor. Farber’s work breaks down this view and delves deeper into aspects of post-revolution Cuban life. From the social to the economic sphere, Farber offers insights into Cuban developments since the revolution. He even makes a few predictions of the country’s future, such as an inevitable turn toward state-directed capitalism and the likely surge in public dissent that will accompany the end of the communist economic structure.

Farber’s analysis leaves no topic uncovered. Cuba Since the Revolution of 1959 is a comprehensive, thoughtful treatment of a topic that has usually generated more heat than light in U.S. coverage in the past.