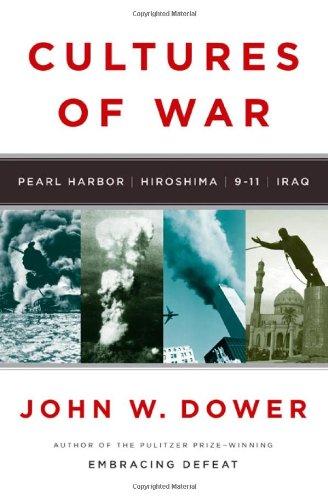 Historian John Dower illustrates the evolution of the attitudes, thoughts, and cultures that govern the conduct of modern warfare.
By Greg Chaffin | December 27, 2010 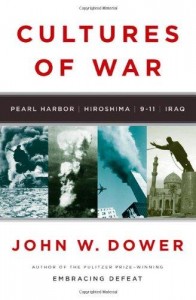 The last 70 years of modern warfare have been filled with atrocities, from the first bomb that exploded the tranquility of Pearl Harbor on the morning of December 7, 1941 to the advent of large-scale saturation bombing of civilian centers culminating in the atomic bombings of Hiroshima and Nagasaki, from the terror attacks of 9/11 to the ill-advised invasion of Iraq and subsequent quagmire. In his ambitious and comprehensive comparative study Cultures of War, historian John Dower exposes many striking similarities between the thoughts, actions, and attitudes of Imperial Japan, the United States, and radical Islamists.

Dower further identifies compelling parallels between World War II and the “War on Terror” that help to explain how the United States arrived at its current predicament. Notable in this regard are the eerily similar mistakes of both Imperial Japan and the United States. Both countries misrepresented and misused historical analogies, denied historical fact, and failed to understand and acknowledge links between the past and the present. Understanding and appreciating history’s impact, through an unvarnished and unbiased lens, Dower argues, may save mankind from making the same mistakes again and again.

Dower first explores the parallels between Pearl Harbor and 9/11. In 1941, as in 2001, the inability to anticipate imminent attack, despite numerous warning signs, represents a stunning and colossal failure of both intelligence and imagination. The audacity of both attacks, launched by supposedly inferior foes, shook the very foundations of America and shattered the illusion of security and sense of isolation from an otherwise turbulent world was shattered. This new reality gave rise to fear, outrage, and the overwhelming determination to exact a terrible retribution on those who had transgressed against America.

Both the Roosevelt and Bush administrations derived immediate benefits from the attacks. Having previously faced popular opposition to entering the European war, Roosevelt could use Pearl Harbor to unify the country on a war footing. Sixty years later, having been awarded the presidency by the Supreme Court and facing opposition to his domestic and foreign policy agenda, President Bush similarly used 9/11 to unify the country behind his administration and the international community behind the United States. Where Roosevelt succeeded in seizing his opportunity, Bush failed. The Bush doctrine of preemption and his administration’s tendency to consider the world in only black and white succeeded only in alienating the United States from the international community. Restrictions on civil liberties and the disaster that followed the invasion of Iraq destroyed American unity. Bush ended his tenure amid increasing social polarization.

Dower goes on to consider terror and mass destruction in modern warfare, particularly with regard to the initiation of targeting civilians. He reflects on how one reconciles a strategy of massive and indiscriminate destruction with the moral righteousness of one’s cause. To reconcile this moral dilemma, such acts must be rationalized, sanitized, or simply ignored. The case of World War II is particularly instructive as both Axis and Allied powers adopted strategies targeting civilians despite having condemned such practices. In the new era of “total war,” both sides rationalized the strategy as a way to defeat an insidious and fanatical enemy.

Furthermore, both sides took active steps to shield the public and even those in command from a horrible reality. “Urban industrial areas” was a popular euphemism as was “dehousing,” which sanitized the reality of incinerating men, women, and children. “If we’d lost the war, we’d all have been prosecuted as war criminals,” the architect of America’s aerial strategy, General Curtis LeMay, remarked to future Secretary of State Robert McNamara. “What makes it immoral if you lose and not immoral if you win?”

Finally, Dower ruminates on the shift of American military doctrine, following World War II, toward the use of rapid and overwhelming force. Mass destruction as an ideal form of warfare is perhaps the greatest legacy of World War II. The hope that wars can be conducted with surgical precision, with maximum force and the fear of a mushroom cloud on one’s own shores, illustrates the contradictory nature of modern warfare.

Cultures of War offers an unbiased and matter-of-fact look into the evolution of the attitudes governing modern warfare and their often-contradictory nature. This necessarily will cause moments of discomfort, as the reader must move beyond sanitized accounts and confront the horrible reality of modern warfare. However, averting one’s eyes does a disservice to the victims, to history and indeed, to mankind itself.

Greg ChaffinGreg Chaffin is a research assistant with Foreign Policy in Focus.