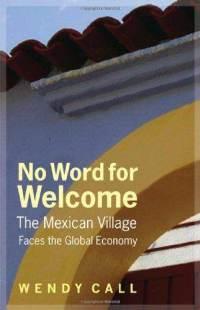 Review: No Word for Welcome

A new book shows the struggle of Mexico's indigenous communities to preserve and celebrate their way of life in the face of predatory development.
By Tania Arroyo | October 3, 2011 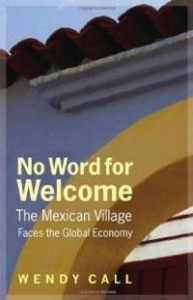 Because of its resource wealth and strategic location, southeastern Mexico’s Isthmus of Tehantepec has for centuries been subject to the destructive ambitions of colonial powers. The Trans-Isthmus Megaproject is just the latest in a series of schemes to transform the narrow strip of land, which stretches from Salina Cruz on the Pacific to Veracruz on the Caribbean, into a first-class commercial route.

Hatched in the 1990s, the Trans-Isthmus Megaproject proposes the construction of an inter-oceanic transportation system to connect a maquiladora corridor of factories producing goods for export with transport lanes for international petrochemical and industrial agricultural conglomerates – entailing, of course, the accelerated extraction of natural resources.

The promise was “progress” and “development.” The reality – already hinted at by series of World Bank projects in the jungle of Uxanapa that cleared some 200 hectares of forest in less than four years in the 1970s – is predation.

The plan to drive new railways and a four-lane highway through Mexico’s rainforest has placed local communities under siege. In No Word for Welcome: The Mexican Village Faces the Global Economy, author Wendy Call explores the impact of the Megaproject on the indigenous communities of Mexico’s most impoverished region, which is home to 714 of the country’s 850 poorest municipalities.

Drawing on the two years she spent living with the indigenous peoples of the Isthmus, Call weaves together the personal stories of lives transformed by the pressures of capital and globalization, forces that have engaged them in a struggle over their land and livelihoods. For these people, Call explains, struggle, or la lucha, “is a general-purpose term. Organizing cooperatives, opposing new highways, and fighting industrial shrimp farms are all part of it. In poor communities like San Mateo del Mar, keeping a family fed and healthy is part of la lucha too.”

Call also introduces us to key figures behind the implementation of this project, including its author Felipe Ochoa, a wealthy U.S.-educated Mexican from Mexico City with far more ties to foreign governments and corporations than to the people of the Isthmus. At the end of Call’s interview with Ochoa, she reports telling him of her plans to return to Tehantepec. “The isthmus?” he replied, surprised. “There is no information about [the project] there!”

As Ochoa shows us, this is always the problem: the people who will actually be affected by these projects are never consulted about them. No Word for Welcome exposes the ignorance of the authorities that fight tooth and nail to see the Megaproject implemented despite their utter lack of concern about its implications. Through brief but revealing interviews, Wendy finds truth in a friend’s warning that such characters “think in English.”

Spending so much time in the south of Mexico, it was impossible that Call wasn’t touched by the Zapatista fever. Perhaps it is through Call’s experiences following the 2001 Zapatista caravan to Mexico City that the book manages to give us the true meaning of the indigenous struggle, brilliantly capturing that point at which Mexico’s native peoples meet and their struggles become one. Call presents the speech of Zapatista leader Subcomandante Marcos in the Zocalo of Mexico City, in which he named all of Mexico’s 56 indigenous communities in a single poem:

All these phrases in their original languages speak about the “I” and the “we” as one. These tell us about the “we” that is always unknown and silenced. That is the indigenous struggle: to declare “we are.”

Through these phrases and along each of the pages that Call writes, we make our way to a completely different world, a world defined by the oppression, domination, and invisibility of indigenous communities. Throughout these struggles, No Word for Welcome shows that the sense of community has been key. The individual – the “I,” the yo – remains in the shadows, but at the same time is vital for the existence of the group, which makes all decisions and agrees on all strategies.

The book is full of color and life. When necessary, Call gives us numbers, quantities, and economic analysis. But for us simple and mortal readers, the book is simple, enlightening, and sensitizing. The economic discourse suggested by the words “Global Economy” in the title is in fact secondary to the real-life stories of the “Mexican Village.”

The Isthmus of Tehuantepec is “la montaña del jaguar,” the “jaguar mountain” that is Mexico – or, more precisely, the multiple and complex Mexicos we have yet to fully discover. No matter the difficulties people have to go through, there’s always time to enjoy life and to celebrate community; that is exactly what No Word for Welcome can show us.