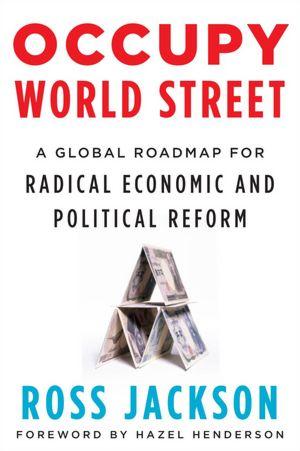 A new book on economic inequality puts environmental sustainability at the heart of global economics.
By Julia Heath | February 27, 2012 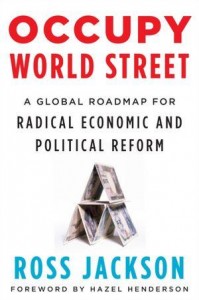 The current global financial system remains unstable, a house of cards awaiting the next disturbance. It might be the exhaustion of fossil fuels or the breakup of the euro or a major hedge fund collapse. Corporations have growing influence over the political system. And American CEOs are making over 300 times as much as the average worker.

In his new book Occupy World Street, Ross Jackson argues that “almost all the social ills plaguing modern society are a direct result of too great a disparity in income.” Since the neoliberal agenda of the 1980s the disparity continues to grow rather than shrink. Equally troubling is the increase of global U.S. interventions as the United States attempts to maintain global dominance. To correct these economic and geopolitical imbalances, Jackson looks to James Lovelock’s Gaia hypothesis and the revamping of supranational institutions accordingly. Lovelock’s Gaia hypothesis states that the earth is a self-regulating organism adjusted by a complex system of interdependent feedback loops. Ross puts this vision of interdependence at the heart of a new, sustainable global economy.

Occupy World Street is an excellent primer for anyone wondering how the global economy got to where it is now. Jackson provides a pithy overview of the role of the Bretton Woods institutions, particularly over the past three decades, as well as the policy changes that allowed financial institutions to precipitate the sub-prime mortgage crash. Jackson offers something for everyone from the befuddled citizen and novice activist to the well-informed academic. Though the first half makes for a shocking and disheartening read, Jackson’s book does not wallow in guilt and despair.

Rather, Jackson deftly outlines how Lovelock’s Gaia hypothesis can be used to make the world a more equitable, environmentally responsible and financially stable place. Jackson proposes that the a Gaian Development Bank, Gaian Clearing Union, and Gaian Trade Organization must replace the World Bank, IMF, and WTO (among others). These new institutions would be based on a new Gaian worldview that incorporates the human with the natural world. Therefore, the institutions would run on a system of ecological economics that takes the limits of an ecosystem into account to better ensure economic and environmental sustainability. Other less lofty solutions Jackson proposes are increasing reliance on biomimicry, permaculture, and ecovillages. Occupy World Street, like the Occupy Movement, transcends class, culture, and educational background to inform if not inspire readers.