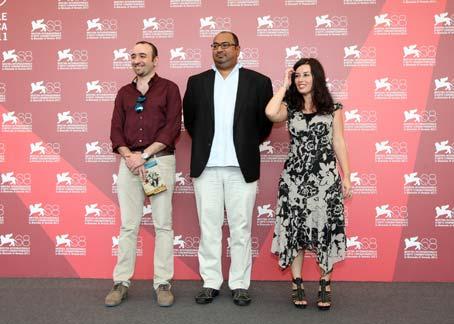 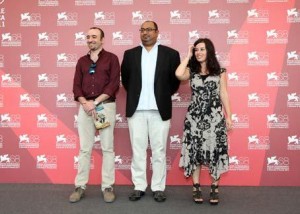 In the recent documentary Tahrir 2011: The Good, The Bad & The Politician, three directors present varying perspectives on the Egyptian Uprising and provide a comprehensive overview of what was happening on Tahrir Square, and why. The documentary is divided into three sections: The Good, directed by Tamer Ezzat, The Bad, directed by Ayten Amin, and The Politician, directed by Amr Salama. Executed in a cinematic style, each section includes visuals, live footage of protests, and interviews, as well as considerable wit and sophistication, to tell the story of the Egyptian Spring.

The Good shows the developments that took place on Tahrir Square from late January to early February. Alongside live footage of the protests, Ezzat captures voices from the square and personal accounts of how events unfolded. The main characters of the film, a member of the Muslim Brotherhood youth, a middle-class female civilian activist, a veiled physician, and an aspiring photojournalist, narrate to the audience how a unified group of diverse Egyptians created and sustained the “City of Tahrir.”

In The Bad, a compelling and unique segment, Amin tells the story of corruption and injustice brought on by the police forces under Hosni Mubarak’s regime. By interviewing members of the much-hated intelligence and security services, Amin attempts to draw them out on their relationship to the protestors in a subtle effort to figure out why they participated in the violent suppression of their own people. The interviewees provide familiar justifications for carrying out their orders — “I was doing my job”; the protesters were “outlaws” — to create “stability” on the streets during the revolution. Amin’s goal is to provide a platform for these individuals to tell their side of the story. However, the difficulty Amin experiences in discussing this complex issue is clearly evident.

In the last segment, The Politician, Salama attempts to psychologically analyze former President Hosni Mubarak and his unyielding hold on power. Starting with a historical narration of Mubarak’s appointment to the presidency, Salama traces Mubarak’s transition from president to dictator. He includes interviews with prominent figures and politicians who were close allies or opponents to Mubarak to provide a comprehensive analysis of Mubarak’s psyche. Salama ends this segment with a playful, yet analytical, 10 Steps to Become a Dictator and concludes with Mubarak’s final speech to the protestors.

Tahrir 2011: The Good, The Bad & The Politician is an engaging historical account of the initial stages of the Egyptian Uprising. By emphasizing the power of the people, the documentary draws viewers into the continued struggles of the Egyptian people as they fight for their freedom.

Nama Khalil is a contributor to Foreign Policy In Focus.