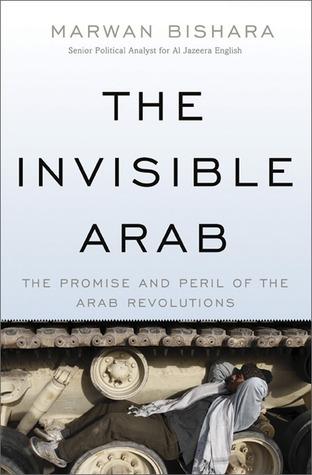 A new book tears down the Western media's narrative of the Arab awakening.
By Nama Khalil | August 15, 2012 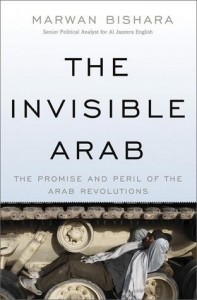 According to the Western media’s narrative of the Arab spring, an oppressed people suddenly decided to turn against their oppressors, and, thanks to Western technology and inspiration, they spontaneously rose to reclaim their freedom. This simplistic interpretation is consistent with common Western characterizations of the Arab world as unreceptive to democracy and freedom. In his new book, The Invisible Arab: The Promise and Peril of the Arab Revolutions, Marwan Bishara tears down the Western media’s narrative of the Arab revolutions and argues that the Arab awakening “was a long time coming.”

At the core of Bishara’s complex analysis of the Arab revolutions are the young people of the Arab world. The Invisible Arab locates today’s generation in the general fabric of colonialism, nationalism, and authoritarianism. Although Tunisian, Egyptian, Yemeni, Libyan, and Syrian youth used new media to their advantage, “Facebook does not organize, people do,” Bishara points out. Unlike Iran’s 2009 Green Revolution, Arab youth were able to topple dictators because of a longstanding, complex, socioeconomic, and political understanding of the regimes.

More than half of the Arab world’s population is under 30 years of age, while a quarter is between the ages of 15 and 29, “making this generation the largest youth cohort in the history of the region,” Bishara writes. The population growth has outstripped jobs for years, which resulted into a “youth bulge.” One outcome of the youth bulge is the alternation of family structure. In the previous generation, 63 percent were married by the time they reached their mid-twenties; by 2010 only 50 percent of those under 29 were married. More and more youth have been unable to live independently because of high housing costs. Their fight for education and jobs made social unrest inevitable.

To contain the potential unrest, Arab autocrats deployed a number of strategies. They established military conscription along with indoctrination programs. They targeted universities where students have historically played an important role in most social and political upheavals. In Egypt, for example, the education ministry rigged the 2010 student union elections, banning Islamist and leftist candidates in favor of National Democratic Party-affiliated students. Dictators also tied sport clubs more closely to the regimes, placing ministries of youth and sport under the control of what Bishara calls “dictators in waiting.” In Libya for example, Muamar Gaddafi’s government touted his son, Saadi Gadafi, as a national soccer star. The goal of this strategy was to establish new “softer layers of patronage and loyalties among youth while dissuading them from politics and directing them toward soccer and sports,” Bishara argues.

The historical toppling of dictators was a culmination of longstanding social and political struggles as well as countless sit-ins, strikes, and demonstrations by people who suffered intimidation and risked their lives. The April 6 Youth Movement in Egypt, which started in 2008 to support the workers of El-Mahalla El-Kubra, experienced such intimidation. In May 2008, Egyptian authorities arrested Ahmed Maher, one of the founders of the group, in an attempt to shut it down.

The revolutions began with protests demanding everyday needs such as jobs, clean running water, electricity, and freedom of assembly. These basic demands were connected to better governance. When the demands were not met, they protested against administrative inefficiency and injustice. Egyptian and Tunisian youth demanded socioeconomic rights for themselves and the poor. Egyptian activists explained to poor people in Cairo neighborhoods “that they faced cuts in electricity because their government sold Egypt’s gas to Israelis on the cheap.” In Yemen, students and youth protested under the slogan “we want to get an education, we want to put an end to unemployment, poverty, and illiteracy” while also chanting “peaceful, peaceful” when Syrian youth followed in the footsteps of their Arab peers.

The Arab Spring was also aided by the dramatic rise of satellite networks that provided youth with a collective national symbol. By connecting people in real time, these channels allow every Arab to follow current events in the region’s conflict zones. Satellite television “advanced Arab rather than Western brands, explored Arab desires instead of U.S preoccupations, presented Arab drama rather than French literature,” Bishara comments. It provided a virtual space for debates and discussions among secularists, liberals, leftists, feminists, and conservatives, and helped engage viewers in issues relevant to them.

For Egyptians to watch the mass protests in Tunisia and for Yemenis to watch what was happening in Egypt provided a new transnational collective that resulted in the invisible Arab finally become visible. The Invisible Arab: The Promise and Peril of the Arab Revolutions helps make all that was invisible to the Western eye about the Arab Spring visible as well.

Nama KhalilNama Khalil is a contributor to Foreign Policy in Focus.