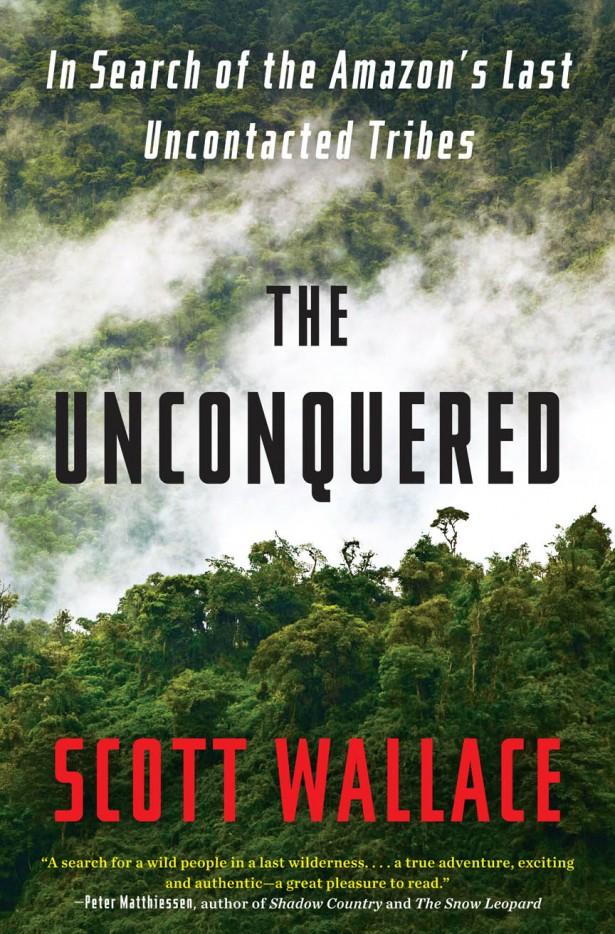 A new book describes an attempt to map uncontacted tribes in the Amazon without contacting them.
By Julia Heath | January 6, 2012 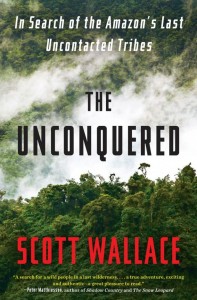 Sydney Possuelo is on a mission to find the last uncontacted tribes in the Amazon. A passionate and radical explorer and ethnographer, Possuelo has devoted his life to the preservation of indigenous and uncontacted Amazonian tribes, in addition to creating a team of likeminded activists called the Sertanistas. Possuelo is also the main character in Scott Wallace’s new book, The Unconquered, which chronicles the antics that ensued during a three-month mission into the Amazon to locate an uncontacted tribe called the Flecheiros (Arrow People). Wallace accompanied the group as a National Geographic journalist as it mapped the villages and wanderings of the Flecheiros using a Global Positioning System (GPS).

The story unfolds in the Javari, the largest reservation for the indigenous peoples of Brazil. As Wallace points out, “We create national parks to save animals; why not for humans?” The Javari protects an estimated 4,500 residents. Speaking with contacted tribes and using GPS to map the Javari, Possuelo confirmed the existence of only 17 tribes that remained uncontacted. However, he had heard of several uncomfirmed tribes. According to Possuelo’s vision, these uncontacted tribes would make up the core of the reserve, while contacted natives could act as a buffer zone between the outside world and the uncontacted. The GPS was crucial to Possuelo’s mission to accurately map the locations of each tribe and adjust the Javari’s boundaries accordingly.

The Sertanistas’ mission was particularly challenging because it had to be accomplished without the Flecheiros learning of their presence. There were several reasons for this policy, the most crucial being the indigenous tribes’ vulnerability to the diseases of the white man and his modern world. The brancos, or white people, began their economic conquests in the Amazon in 1840 when America’s increasing demand caused Amazonian rubber exports to quadruple each decade until 1900. In those decades more destruction occurred than in the previous five centuries. Wallace calculates that some tribes suffered nearly 90 percent mortality, transforming the surviving indigenous peoples of the Amazon into “refugees from the violence of the global economy.” This capitalist expansion in the Amazon region destroyed the rainforest and resulted in desertification, drought, disease, unusual animal population imbalances, and unprecedented wildfire, not to mention the continued poverty of the indigenous population.

More recently, increased ecological restoration led to the establishment of the Javari. Not everyone was happy with this change, however, as big business accused the Sertanistas of trying to “keep Brazil mired in the Dark Ages.” The government was ashamed to have so much of its natural resources “in the hands of naked people,” Possuelo retorts. “They [the authorities] think it’s backward. I think it’s beautiful.” But Possuelo’s work protecting the Javari did cause economic hardship in neighboring cities so severe that it drove desperate heads of household to engage in various illegal activities, such as traffic drugs, harvest timber, dredge gold, and poaching exotic pets. To his credit, Wallace does not shy away from exploring these moral dilemmas.

The Unconquered is brimming with interesting anthropological and ecological information. It offers adventure, inspiration, and food for thought even as it tackles challenging questions about the costs and virtues of economic development.

Julia Heath is an intern with Foreign Policy in Focus.