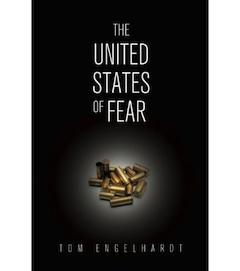 Review: The United States of Fear

The United States is not heading toward a soft landing, according to a grim account of U.S. foreign policy follies.
By Derek Bolton | January 13, 2012

Tom Engelhardt’s most recent work, The United Sates of Fear, offers a sobering analysis of U.S. policy in the post 9/11 period, painting a bleak assessment of what he labels an empire in decline. Through his straightforward prose, which avoids the daunting language often found in similar works, Engelhardt mounts a scathing attack on U.S. foreign policy, the military industrial complex, and the Washington politicians who chant the mantra of “national security.” Engelhardt believes that the United States has entered its own “Soviet Era,” having followed slowly in the former superpower’s footsteps since its demise in 1991. In contrast to what many analysts and members of the intelligence community have argued will be a slow decline leading to a soft landing for the world’s sole superpower, Engelhardt suggests that Americans should prepare for a much more grim demise. Through the efforts of successive administrations, the United States has sown the seeds of its own demise.

This drive toward self-destruction dates back to the 1990s, according to Engelhardt, when the United States initiated what he terms an “arms race of one,” a push by the military to ensure American military predominance over future decades. In the post-9/11 era, this rationale would become the foundation of Washington’s policies under George W Bush with the adoption of what Engelhardt calls the“100 percent doctrine,” or 100 percent assurance that the American people would be safe from terrorist threats. As a result, groups like al-Qaeda have managed to drain billions of U.S. dollars by simply representing perceived threats to U.S. security. The U.S. government has devoted enormous resources for increased security in airports, an ever-expanding drone and special operations program, boosting the intelligence community, and maintaining wars in Afghanistan Iraq.

Engelhardt maintains that the Obama administration has similarly fallen victim to this national security logic, which he dubs the “Tao of Terrorism,” by expanding Bush’s “Global War on Terror,” increasing drone activity, orchestrating a surge of troops in Afghanistan, and multiplying the number of monstrous overseas embassies and consulates. This all reflects what Engelhardt views as the “always more, never less” mentality within U.S. policy formation that further drains the treasury with little regard to the internal decay of U.S. infrastructure. Moreover this always-increase mentality has ultimately failed to combat threats. For example, the highest number of U.S. casualties in Afghanistan since the war started took place in 2010-11. In short, the U.S. national security system, for Engelhardt, is literally self-defeating.

Engelhardt’s approach is most certainly poignant and to the point. The work suffers at times from its origin as blog posts, for it is occasionally repetitive. Still, The United States of Fear provides an important balance to mainstream discourse, highlighting the extremely high cost of maintaining the ongoing conflict in Afghanistan and Iraq, the militarization of diplomatic efforts, and the need to reevaluate U.S. budget priorities.

Derek BoltonDerek Bolton is a contributor to Foreign Policy In Focus.