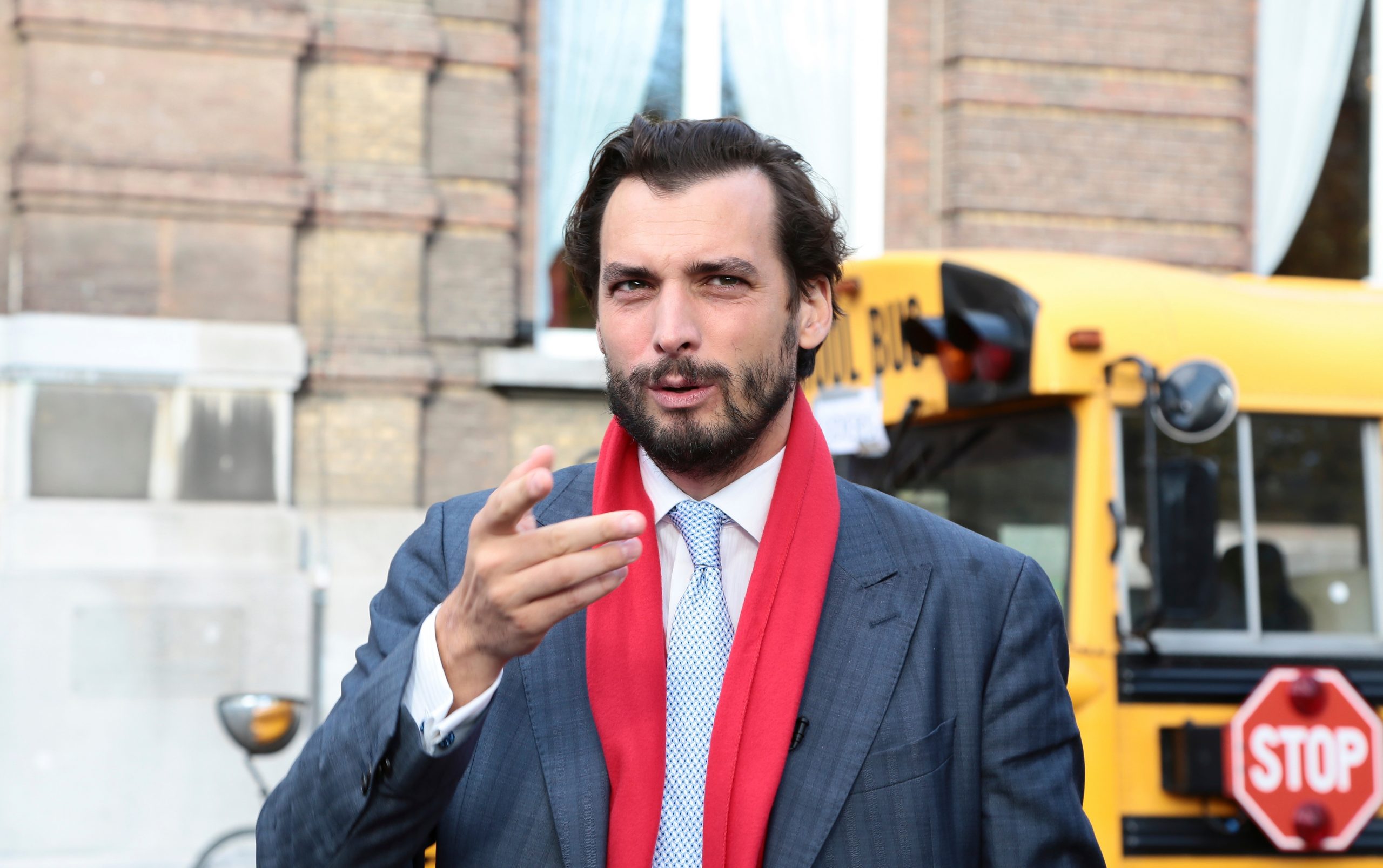 Right-Wing Soap Opera in the Netherlands

Thierry Baudet, the bad boy of Dutch politics, is hoping for a second act.
By Mira Oklobdzija | December 21, 2020

Europe has its fair share of right-wingers. Some are members of rather visible and socially active parties such as the National Rally in France, Austria’s Freedom Party, and the Sweden Democrats. Others prefer the label of a street-focused or intellectual movement like Pegida in Germany, the English Defence League, the various transnational anti-Islam networks online, and the Identitarian movement.

But few of these groups can compete at the level of flamboyance and perpetual controversy with the Dutch party Forum for Democracy (FvD) and its narcissistic leader Thierry Baudet. This “new, fresh, different” political force nearly won the 2019 (provincial, Senate, and European Parliament) elections by attracting people disillusioned with dominant parties and the government. Although the FvD is more a soap opera of questionable quality than a legitimate political force, it nevertheless reflects Dutch contemporary society and its discontents.

Like the rest of the European right wing, Baudet was enthusiastic about Donald Trump. A few months ago, Baudet was sure of what would happen in the U.S. elections. “Trump is just going to win a second term next week,” he predicted in late October. “The polls are—again—wrong.” After Trump’s loss, the European right was generally quiet. Not Baudet, however, who echoed Trump by claiming during a radio interview on November 11 that major voter fraud had taken place in the United States. More recently, Baudet has had to refocus on his own battles at home.

Despite his tireless juggling with words, dubious contacts, and obvious lapses of memory, Baudet remains popular. When accused of close ties with Russia he replied that it was “merely a playful exaggeration.” He denied stating at a recent dinner party that Hungarian-born philanthropist and billionaire George Soros, often a target of anti-Semitic conspiracy theories, was responsible for COVID-19 in order to “take away our freedom.”

Then there are Baudet’s contacts with the French National Front (newly renamed National Rally). According to Dutch journalist Marijn Kruk:

I discovered that Baudet had passed a copy of his thesis to Jean-Marie Le Pen in 2012, hoping that he could help him with a French translation. During a discussion, I had previously personally pointed out to Baudet that Le Pen was an anti-Semite and an ethnonationalist with whom, as a right-thinking person, you do not want to be associated in any way. This was in response to a previous visit he made to Le Pen in 2009.

Baudet shares a worldview with Le Pen and white supremacists like Jared Taylor, the president of American Renaissance, with whom the Dutch leader once had dinner later into the night. The West, Baudet argues, “suffers from an autoimmune disease … on every level we are weakened, undermined, surrendered. Malicious, aggressive elements are brought into our social bodies in unprecedented numbers.” These “malicious” elements are migrants and foreigners, the purported enemies of Western culture.

Despite expressing not so flattering opinions about the women, Baudet has not shied away from assuming the role of a concerned citizen and protector of women. In January 2020, he falsely claimed that two close female friends had been “seriously harassed by four Moroccans on a train.” Other passengers refuted his version of events and a Dutch national rail operator confirmed that the men in a photo Baudet posted on his Instagram account were three ticket inspectors and a police officer. GreenLeft party leader Jesse Klaver said Baudet’s behavior was “what the far right does—sling racist mud into the world.” Several parliamentarians called on Baudet to apologize. He didn’t but admitted that he had responded “too quickly and too firmly. In doing so, I put the issue too hastily into a broader political context: the consequences of mass immigration, integration problems and the lack of security many Dutch people see and experience every day.”

The controversies continued, with the party’s youth branch posting anti-Semitic and racist chat messages in November. FvD top members met later that month. One of them, Nicki Pouw-Verweij, described the gathering in a letter to the party leadership a few days later, in which she quoted Baudet as saying that “almost everyone I know is anti-Semitic.” Baudet did not deny making this statement, but interviewed for TV in the following days, claimed not to remember what he precisely stated or what he meant, hinting it was probably a joke.

Not all members of his party apparently share his dubious sense of humor. What followed was a mass exodus and public accusations among different factions of the party. One of the disillusioned members, Eva Vlaardingerbroek, fifth on the FvD list, turned her back on Baudet (her ex-boyfriend), which resulted in his heartbroken reply on a talk show. After this emotional display, he resigned as party leader, proclaiming loudly that he was a victim of a “trial by media.”

Needless to say, he changed his mind. After calling for a referendum within the party, he received the support of two-thirds of the membership and was resurrected on December 4. Another exodus ensued, including a number of candidates for next year’s elections, and three lawmakers in the European Parliament resigned. On Twitter, Baudet said he welcomed the result, adding that party will “say goodbye to those who do not agree with my line.”

Thierry Baudet is adamant about continuing his efforts to save his country and Western civilization, all the while spreading coronavirus conspiracy theories. He is already vocal in his support for anti-lockdown activists, insisting that lockdown is stupid and absurd, though he called for just such a measure a few months ago, together with that other right-wing celebrity, Geert Wilders. Having come full circle on the lockdown issue, Baudet now prefers to continue his attacks on the European Union. He is trying to convince everybody that the EU is covertly diverting funds intended for fighting the virus to resolve environmental and climate-related issues instead.

The FvD is Thierry Baudet’s baby, a perfect clone of its ambitious daddy. The members of his party are merely the critical mass necessary for him to expand his political clout. It is not easy to predict if his star will once again shine in the Dutch political sky. Optimists believe it unlikely. They naively base their opinion on the fact that Dutch public has had enough opportunity to see clearly who Baudet is. But optimists are rarely good judges of reality.

Dutch voters go to the polls again in general elections in March 2021. The other right-wing parties—Prime Minister Mark Rutte’s People’s Party for Freedom and Democracy and Geert Wilders’s Party for Freedom (PVV)—will have a chance to siphon away votes from the FvD. But Baudet is young, outrageous, and ruthless. He may yet star again in the right-wing soap opera of Dutch politics.